TRVE KVLT, which is pronounced as the words it resembles (true cult), is a new horror comedy miniseries coming to comic book shops soon from IDW. The series is the result of a successful Kickstarter campaign funded by creators Scott Bryan Wilson (Batman: Gotham Nights) with art by Liana Kangas (Star Wars Adventures).

Here’s the situation: Marty, a metalhead who goes by the moniker “Tarantula,” has been working the grind at his local fast food joint for over a decade. He could use a change in his life, but he shouldn’t have made that wish aloud. Now he and co-worker Allison are facing a robbery, and soon afterward, they’re being targeted by a violent satanic death cult. Hijinks will ensue!

“I had an idea for a project set in the world of fast food that had supernatural/satanic elements,” Wilson says. “Liana and I bonded over our time in the trenches working fast food and got more and more excited about building the world of Burger Lord. We saw that our excitement for the subject matter resonated with fans, too. It seems like everybody has, or has had, a terrible job with an incompetent boss that they hated. We’re so thrilled to team up with IDW to get this to a wider audience!”

“I remember a time when I scoured the comic shelves for any new releases that resembled my favorite movies,” says Kangas. “While I can’t say that TRVE KVLT is exactly like any movie you’ve seen, if you love the Coen Brothers, Pulp Fiction, and maybe a little bit of Ryan Reynolds or Good Burger humor, this is the book for you.” Hey, we like those things…

The first issue of TRVE KVLT will be released this August from IDW. 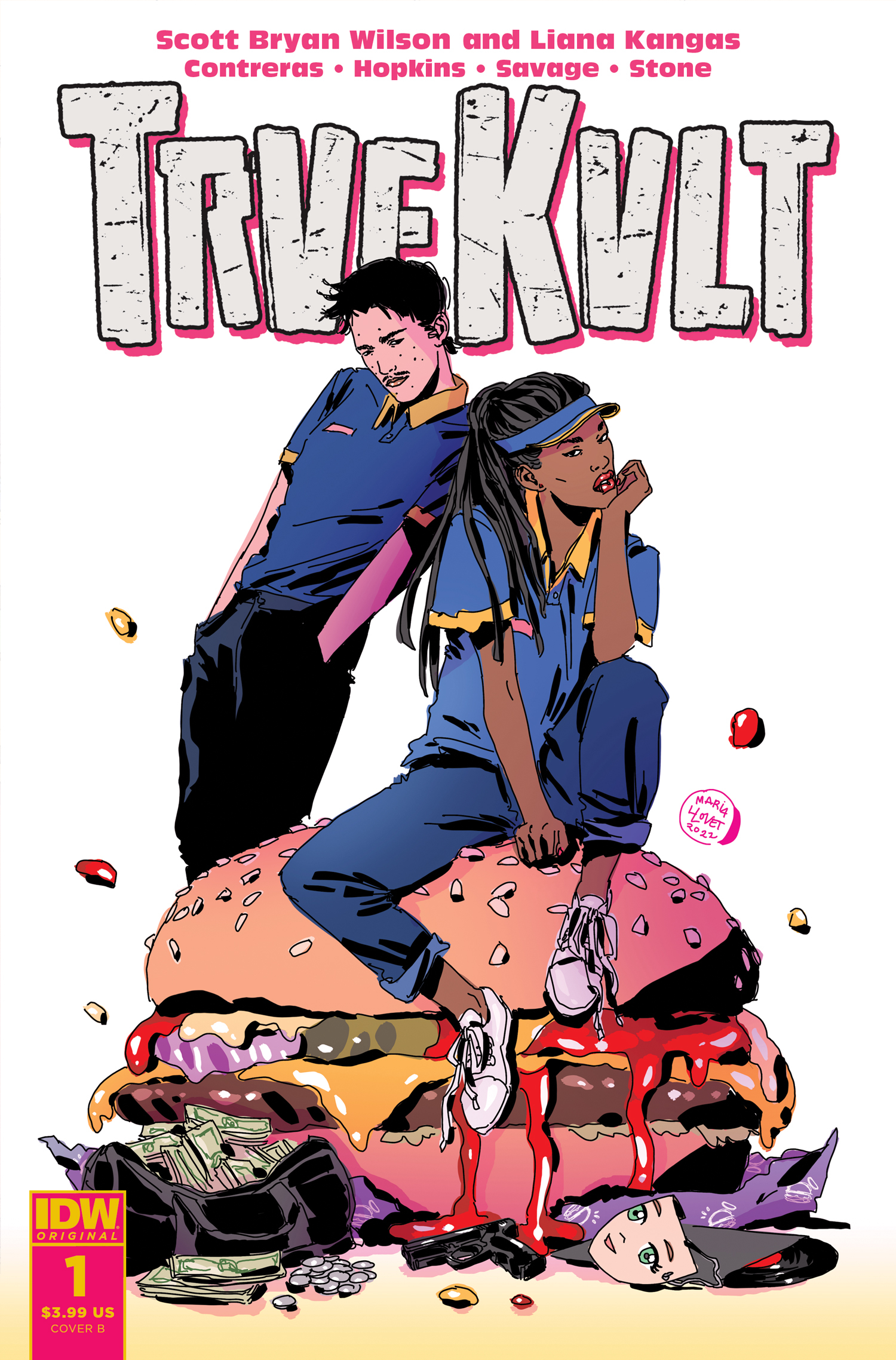