Sonic the Hedgehog is 30! Well, almost 30. At the moment, more like 29 1/2, but by the time IDW’s newly announced Sonic The Hedgehog: 30th Anniversary Special is released, it will have been approximately three decades since the ‘hog first appeared on the label of a Genesis / Mega Drive cart.

Sonic has been in comic books nearly as long, but given the turmoil behind the scenes that negated much of it from canon, don’t expect much acknowledgement of Sonic’s comic history in this volume. Instead the 30th Anniversary Special will consist of three brand-new stories created by a row of talent including longtime writer Ian Flynn (who was present back during the Archie debacle), Gale Galligan, Mauro Fonseca, Reggie Graham, Aaron Hammerstrom and Thomas Rothlisberger.

“Sonic has been central to my creative career for fifteen years,” says Flynn. “I’ve had the pleasure of writing the little blue hedgehog in a variety of media, and he in turn has introduced me to an army of artists and editors who have helped me grow as a professional (and made me look good). I’ve had a long run with Sonic, and I hope that continues for years to come!”

The first of the three stories, “Seasons of Chaos,” is a traditional narrative about Sonic’s search for Chaos Emeralds through an entire year’s worth of weather, alongside Miles “Tails” Prower, Knuckles the Echidna, Amy Rose, Mighty the Armadillo, and Ray the Flying Squirrel. The second story shifts perspective to the villain’s side in “Dr. Eggman’s Birthday,” which IDW won’t say much about other than it’s “surprisingly poignant.”

The third and last story is called “Sonic Learns to Drive.” If you were Sonic, would you even bother with a car? Normally feet would be fine, but Sonic’s in a situation where a vehicle is the only option…and if he doesn’t succeed, he’ll crash, crash again. 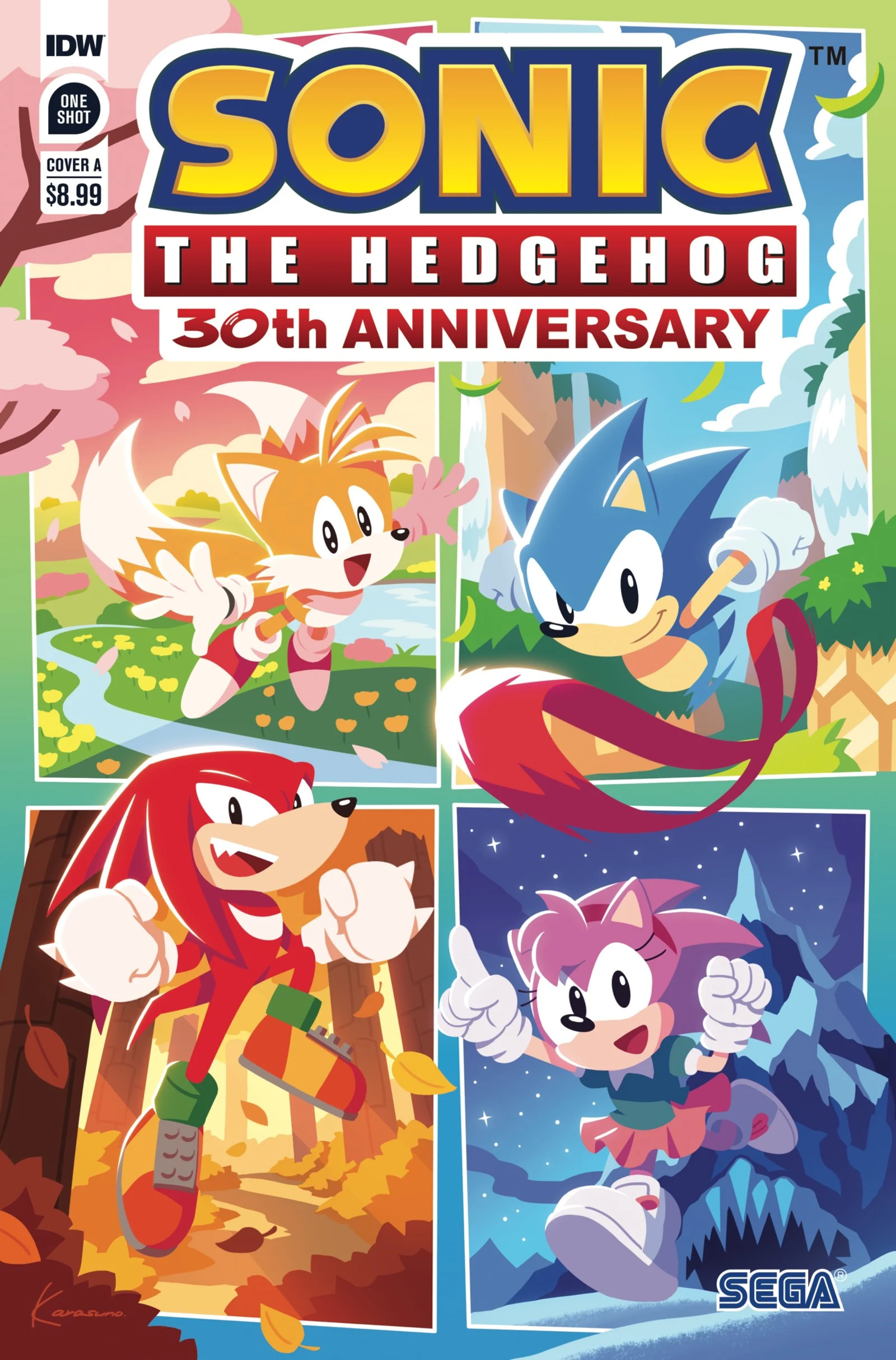