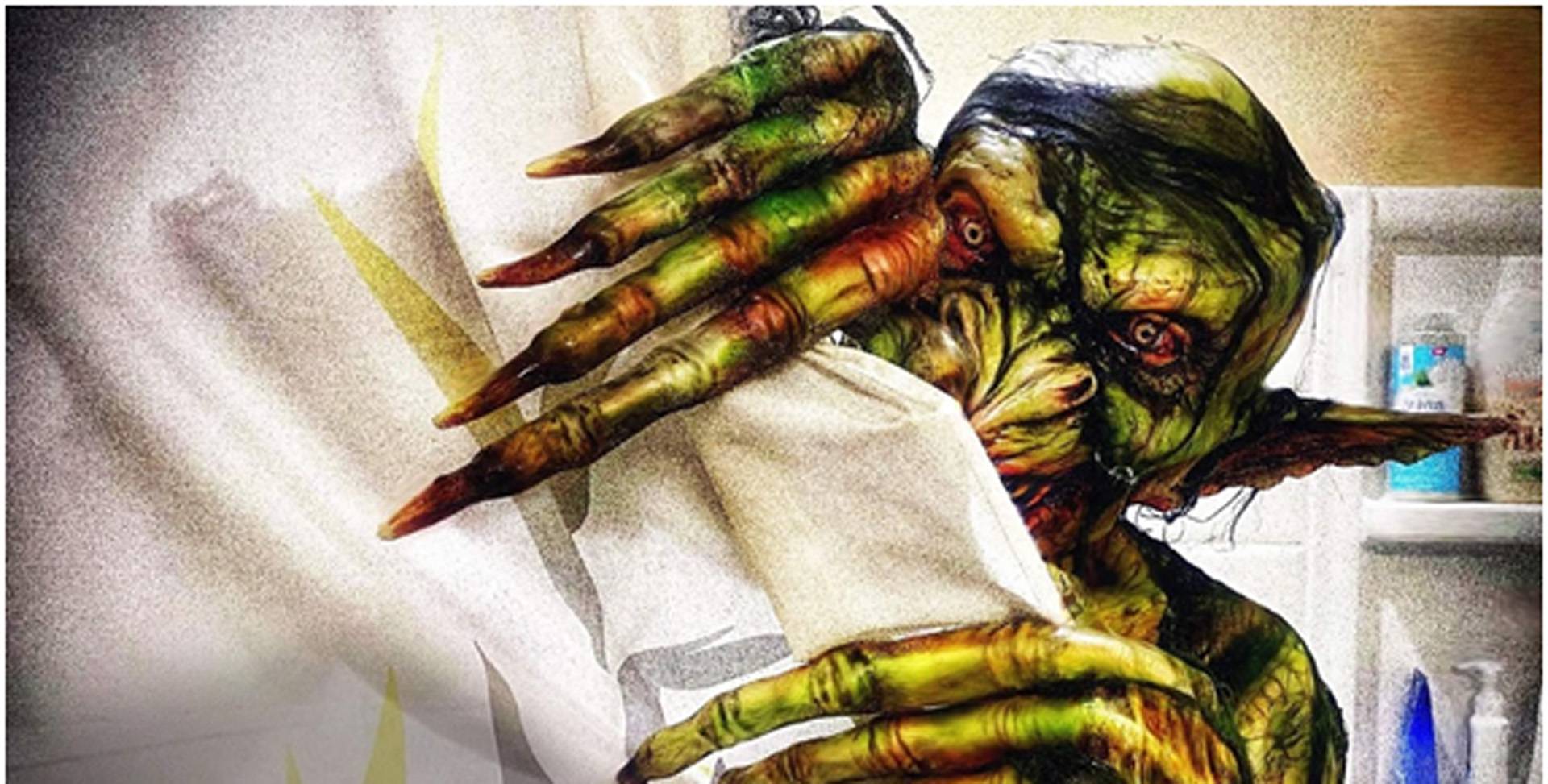 Filmmaker Eric Mathis and his friends have been working on THE MACABRE, a new horror anthology to be released next year. The passion project is a throwback with practical effects and a love letter to the classics of the horror genre. Mathis’ anthology is currently running its crowdfunding campaign on Indiegogo, and it’s already earned over three times what it asked for.

THE MACABRE will contain short stories directed by Esther Goodstein, Liz Mathis, Drake Teer, Howard Wexler and Eric himself. It’s a diverse and eclectic bunch — Teer is autistic and Eric is an Afghanistan combat vet. The actual shorts themselves haven’t been fully revealed, but we know what will tie them all together…

There are five days left to get your pledge in for THE MACABRE. A digital download of the film costs $29, a physical DVD (signed by the creators) takes a $49 pledge, and a Blu-Ray costs a $59 pledge. Delivery times will differ based on the pledge tier selected. Make your pledges here and expect THE MACABRE to make its debut sometime in 2021.

Outbreak: Epidemic Now Available On XBox One And Steam

Customize Your Game With Doodle Dice