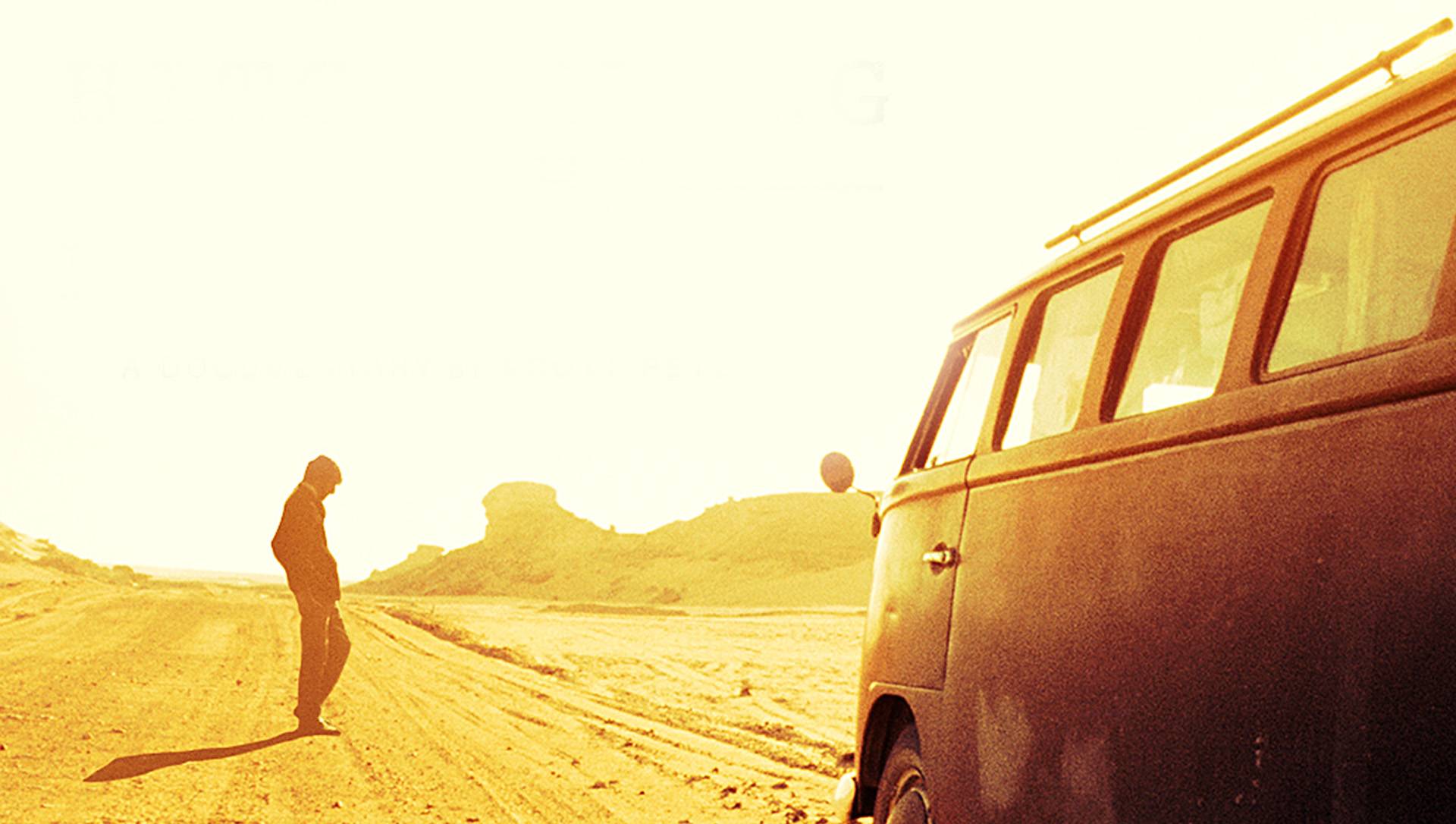 Scott Peterson, writer and director of the award-winning “Out of the Loop”, has just released his latest documentary, Hitchhiking To The Edge Of Sanity.

In the early 70s, the Boomer generation found themselves cast into the unprotected world for the first time. Broke and directionless, they stuck out their thumbs, traveling the country and even the world through hitchhiking. Hitchhiking To The Edge Of Sanity is the true story of writer Dick Russell and photographer Steve Ewert on one of these trips….and it’s a doozy.

It was late 1970 when Russell and Ewert left Kansas to travel across Europe leeching off the wheels of others. They have many adventures, sometimes with significant people — they pal around with writer James Joyce in his convertible, and share drinks with American diplomats in Brussels. But the craziest thing they ever attempted was to cross the Sahara Desert.

Yes, they did this without a car. It took 36 hours standing in the sweltering heat with their thumbs out just to catch a ride, and the ride they DID get was with a Maoist revolutionary who deliberately drives his van into the sand at one point just to watch Russell and Ewert attempt to dig it out. The experience almost cost them their lives, but they made it through and it’s now the centerpiece of a fascinating documentary.

Hitchhiking To The Edge Of Sanity is watchable now in its entirety on Amazon Prime Video, If you don’t have Amazon Prime, the doc will soon be made available on the free streaming service TubiTV.

As the US deals with a toxic political climate, “Hitchhiking to the Edge of Sanity” takes a look back to the turbulent social upheaval of the early 1970s and follows an idealistic writer and his soon-to-be-married photographer friend as they set out to find their purpose via a terrifying road trip across the Sahara Desert.

There Could Be A Sandlot TV Series

gen:Lock Is Locked In For A Second Season

The First Stranger Things 4 Teaser Is Out Already