Her Majesty’s Spiffing (Xbox One) Review

Considering current world events, it might seem like a good idea to blast off into space in search of a new home. This is the case in Her Majesty’s Spiffing, a graphic adventure game that sees the Queen become tired with Politicians in Westminster and decide to launch a new Empire in the infinite possibilities of space. You take on the role of Captain English, who is joined by the Welsh Sub-Lieutenant Jones, as they try to find some new planets to colonize in the name of Her Majesty.

First off, it is important to note that this title is unashamedly British. Those who don’t get the humor of the UK and aren’t familiar with many of the tropes and eccentricities of its people might struggle to understand exactly what is going on. This is made abundantly clear from the very first mission, which tasks you with making two cups of tea. 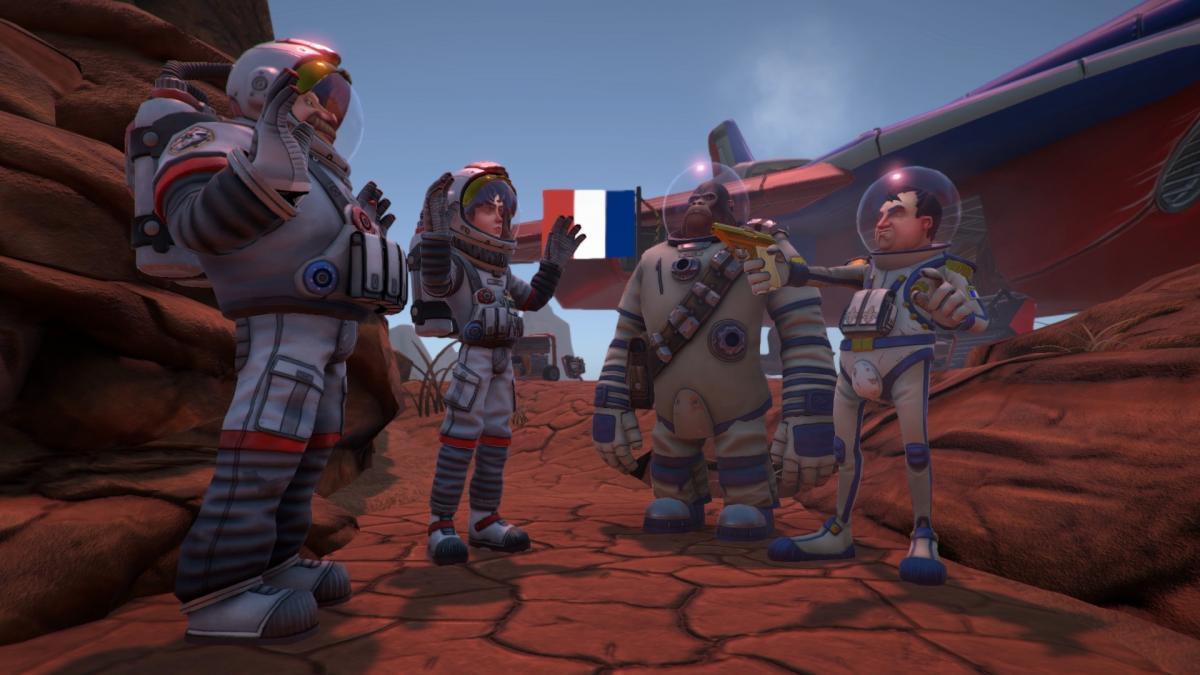 Much of the fun of Her Majesty’s Spiffing comes from the witty dialogue and satire of Britain in particular as it tries to make its mark as an isolated nation. This is even more cutting considering the post-Brexit vote in the country, and delivers humor that is rarely seen in video games. That isn’t to say that all of the jokes work, though, but there are enough that do to make putting up with the mediocre ones less of a chore. As previously explained, the cultural references may also mean it is hard for anyone outside of the United Kingdom to fully appreciate the jokes for what they are.

With the emphasis of the game being squarely on humor and satire, the actual plot and gameplay take something of a backseat. While it may sound that such an approach simply couldn’t work, the developers have managed to tread a fine line in ensuring there is just enough of the other elements to keep Her Majesty’s Spiffing interesting to play as well as funny to experience. It also managed to ditch many of the frustrating aspects of graphic adventure games. There is no tiresome and overly complicated inventory system or puzzles that seem to defy logic. Everything works effectively and comes together in a simple yet satisfying way.

However, the puzzles themselves are not always straightforward. They can provide a decent enough challenge and force you to think through the possible solutions. The struggle to get to the correct answer, though, usually lies in you not having examined an object or found an item rather than having to apply some abstract form of logic to come to an answer. In fact, there was only one puzzle in the game that stumped me for any significant period of time but the solution was so obvious and delivered in such a humorous manner than I was able to forgive it rather quickly for the frustration it had caused. 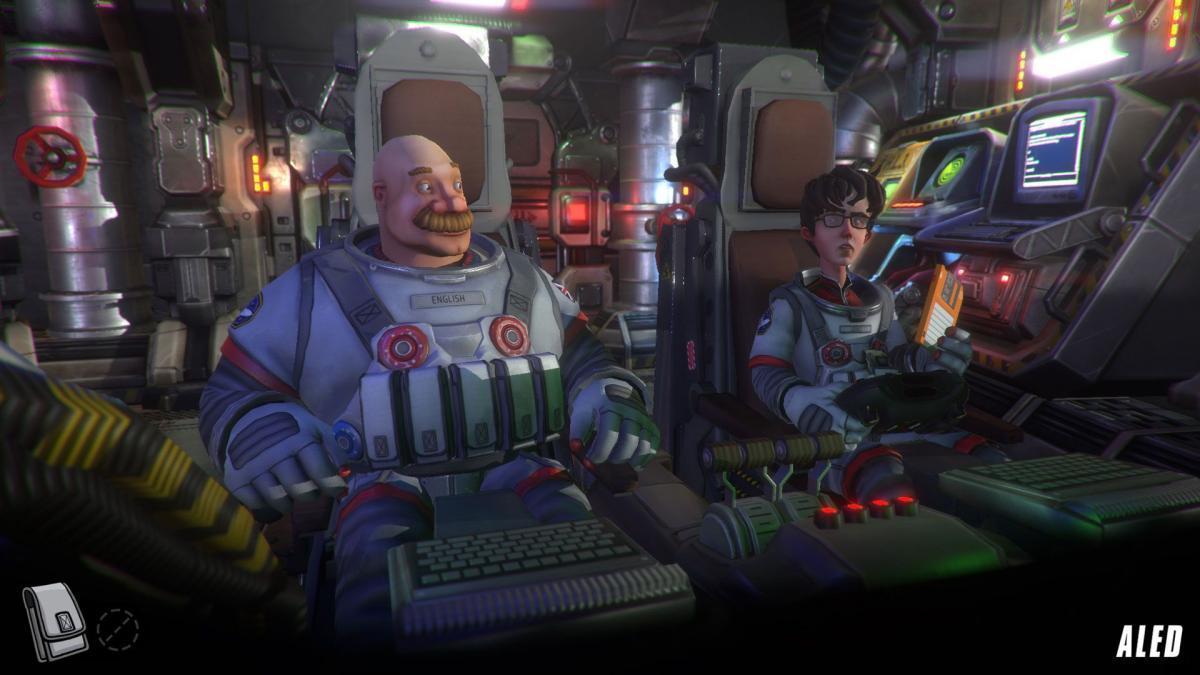 While it is exceptionally short, there are plenty of areas to explore and there is much entertainment to be had from getting Captain English’s reaction to the various items scattered throughout the different locations. With just 4 hours of story to delve through, Her Majesty’s Spiffing is definitely over far sooner than you want it to be. It feels very much like the first episode in a series, and hopefully the next two installments in this supposed trilogy will come sooner rather than later.

As you might expect, especially if you have played any of Telltale’s games, the visuals are not overly impressive. They do a better job that many of its contemporaries manage and have a certain charm. Minus a few graphic glitches and some screen tearing, it is a fairly good looking game. The same can’t be said about the sound, with the effects and music lacking. 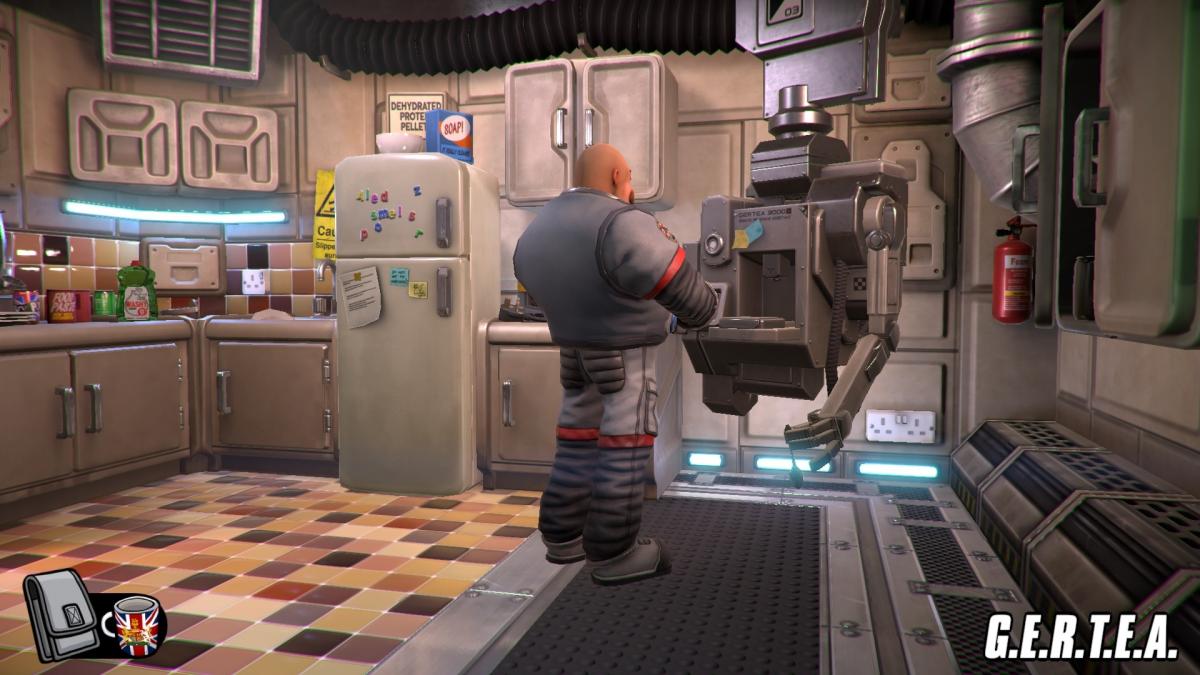 Ultimately, Her Majesty’s Spiffing is a great adventure game that mixes the ingredients of the genre together in a different way than most modern interpretations. This provides a truly funny and witty experience with just the right amount of story and gameplay to keep you fully engaged. The puzzles are well designed and, while they can be difficult, are not so complicated that you will ever become completely stuck. British players will definitely want to check this out but any fans of the point-and-click genre should be sure to give it a try to.