Hasbro Reveals Their Largest Transformer Ever

If there was ever a Transformer that would be worthy of the largest model built to date, it would be Unicron. Star of Transformers: The Movie, devourer of worlds, and voiced by Orson Welles, everything about him is larger than life — and now, so is his figure.

There have been toy approximations of Unicron before, but none worthy of his mass. This one will measure 27 inches in robot form, 30 inches in planet form. He’s fully transformable AND has over 50 points of articulation to make him customizable for any display pose you have in mind, no matter how lewd. 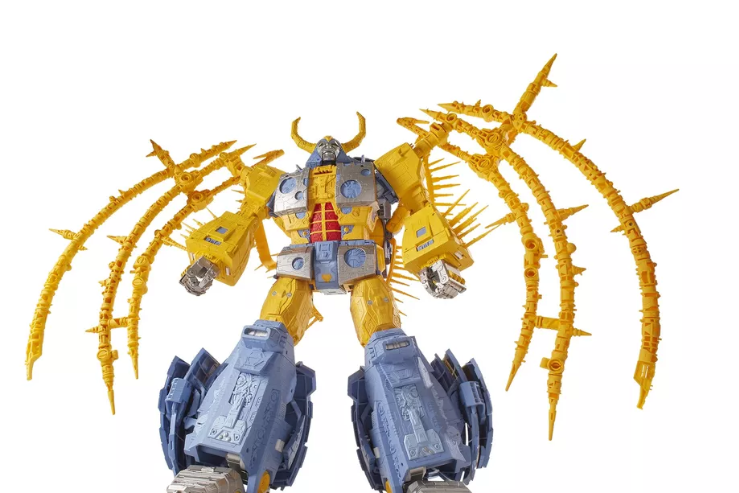 Sounds great, so where can you get your hands on him? This is where we have to sit down and have a talk. For one, this thing is $575. Another, it’s being sold via HasLab, Hasbro’s crowdfunding division devoted to producing toys on demand that otherwise wouldn’t be possible. If 8,000 people don’t want to buy Unicron before August 31, 2019, he will never exist.

We expect that number to have no problem filling up, though. It’s the waiting that’s the hardest part. After the campaign closes, Hasbro won’t be manufacturing the giant Unicron until 2021.

But hey….if Unicron isn’t to your liking, Hasbro is also currently crowdfunding a life-size Cookie Monster.

There have been a lot of Transformers movies by now, but if

Usually, when you hear about auctions for extremely rare and valuable games,