Walt Disney Studios and Marvel Studios today released a new extended TV spot for Guardians of the Galaxy Vol. 2, since advanced tickets are now on sale for the film. You can check out the new video, which features a lot of new footage, in the player below. You can also check out a new poster featuring Baby Groot.

This new extended promo spot featured a lot more action beats and footage. There’s also a bit more of Elizabeth Debicki as Ayesha, who appears to be the film’s villain or potential antagonist of sorts. So far, the upcoming sequel is looking promising. Hopefully, it will be able to be almost as good as the original. It’s always tough with a sequel trying to live up to the level and standard of a beloved previous effort. It’s not easy to do. Expectations will be a lot higher for the sequel.

Guardians of the Galaxy Vol. 2 is set to hit theaters on May 5. The movie will open in 3D, RealD 3D, and IMAX 3D theaters. The sequel stars Chris Pratt, Zoe Saldana, Dave Bautista, Bradley Cooper as the voice of Rocket, Vin Diesel as the voice of Groot, Elizabeth Debicki as Ayesha, Karen Gillan as Nebula, Pom Klementieff as Mantis, and Kurt Russell as Ego. 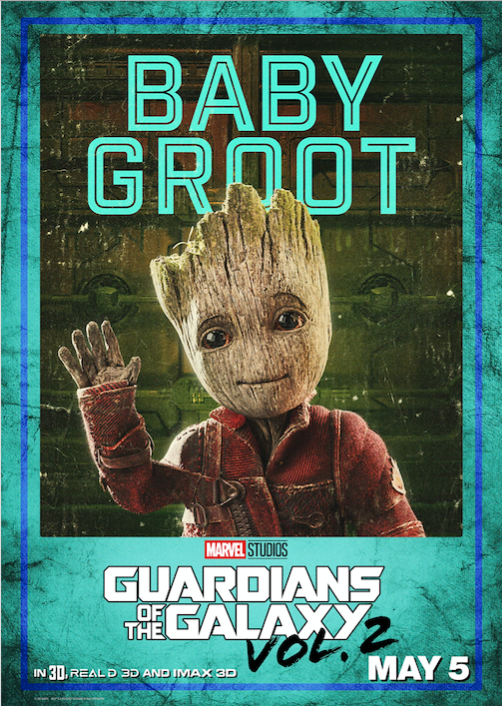