Guardians of the Galaxy Vol. 2 Gets First Teaser Trailer and Poster

Marvel Studios and Walt Disney Studios have just dropped the first teaser trailer and a new poster for Guardians of the Galaxy Vol. 2. You can check out the new sneak peek at the upcoming, highly anticipated sequel in the player below. James Gunn first revealed the video and a new poster image on Facebook. You can also check out the poster below.

The movie won’t be out for a while, but this is a good early look at some new footage, offering fans a look at all the Guardians member yet again, showing that Yondu definitely appears to be joining the team. It appears that Star-Lord aka Peter Quill also has some new, revised armor and duds. There’s an amusing scene where Drax tries to console Quill, saying that there are two types of people: “Those who dance. Those who do not.” It seems that Quill might actually be pining for Gamora. Drax then offers a hug to Quill, who turns it down, but Drax goes in for a hug anyway. The video ends with an amusing reveal of Rocket Raccoon and Baby Drax.

The poster is fun because it’s reminiscent of a rock album cover. There’s definitely a bit of that style infused throughout the Guardians movie franchise. Guardians of the Galaxy Vol. 2 is due out in theaters on May 5, 2017. 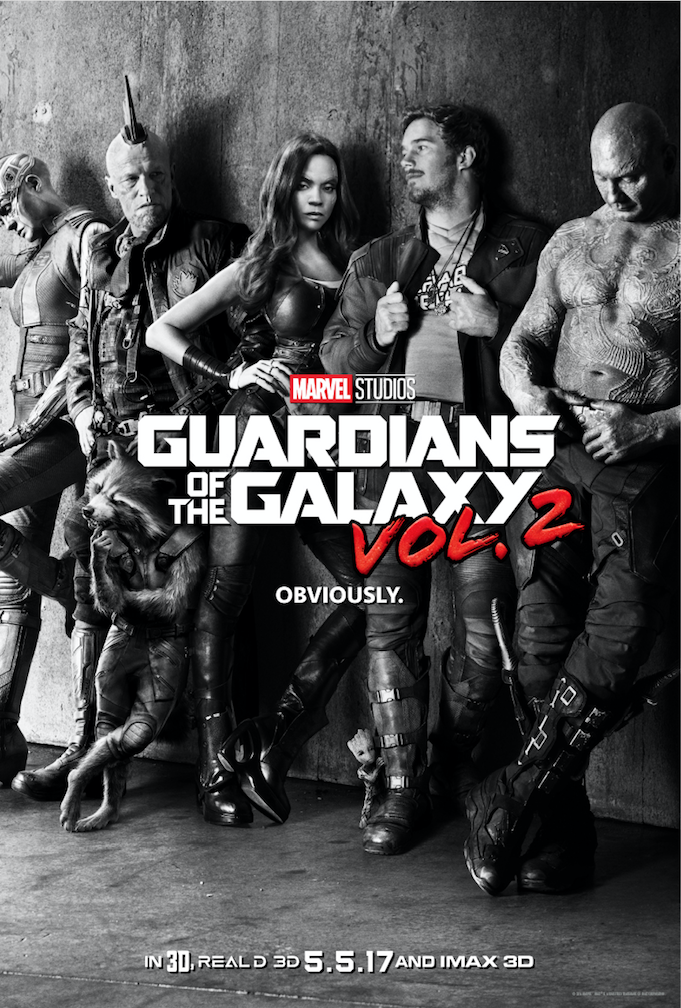 Jeffrey Harris, a movie, TV, video game, pop-culture, and UFC/MMA aficionado, resides in Los Angeles, California. He is a graduate of The University of Texas at Austin's Radio, TV, Film program. Jeffrey is a dedicated pop-culture geek and UT Orange Blood.
Benedict Cumberbatch Says Sherlock Isn’t Ending This is Why Beyond Good And Evil 2 Is Taking So Long

Marvel What if? is now an animated anthology