Putting the worlds of Godzilla and Power Rangers together is such an obvious idea that we find it hard to believe no one’s ever done it before. Both come from Japan, both involve giant monsters wrecking buildings, both are about larger-than-life battles and explosions. IDW will finally marry these two concepts in Godzilla Vs. Power Rangers, their upcoming five-issue miniseries.

Rita Repulsa has had enough headaches. She’s splitting this world and looking for a dimension without the Power Rangers in it. She finds it..but she finds something else in their place! A would of kaiju and aliens would be just fine if they would get out of the way so Rita could conquer it. Godzilla won’t let that happen, though. And then, of course, the Rangers discover Rita’s plan and come through the portal themselves, bringing the Megazord for a truly titanic match-up!

Godzilla Vs. Power Rangers comes to us from writer Cullen Bunn (Deadpool, Green Lantern, Godzilla: Cataclysm) and artist Freddie Williams II (Batman/Teenage Mutant Ninja Turtles, He-Man/ThunderCats). “I am honored to bring two iconic franchises like Godzilla and the Power Rangers together,” says Bunn. “I’ve been a massive Godzilla fan since before I could read, and my love for the King of Monsters has never faded in all those years. Likewise, I’ve always loved Tokusatsu superheroics, and vividly remember watching the first episode of Mighty Morphin Power Rangers when it came out. This is a crossover that I suspect will take readers by surprise—but it makes complete sense!”

We agree. The first issue of Godzilla Vs Power Rangers will be out in March 2022. 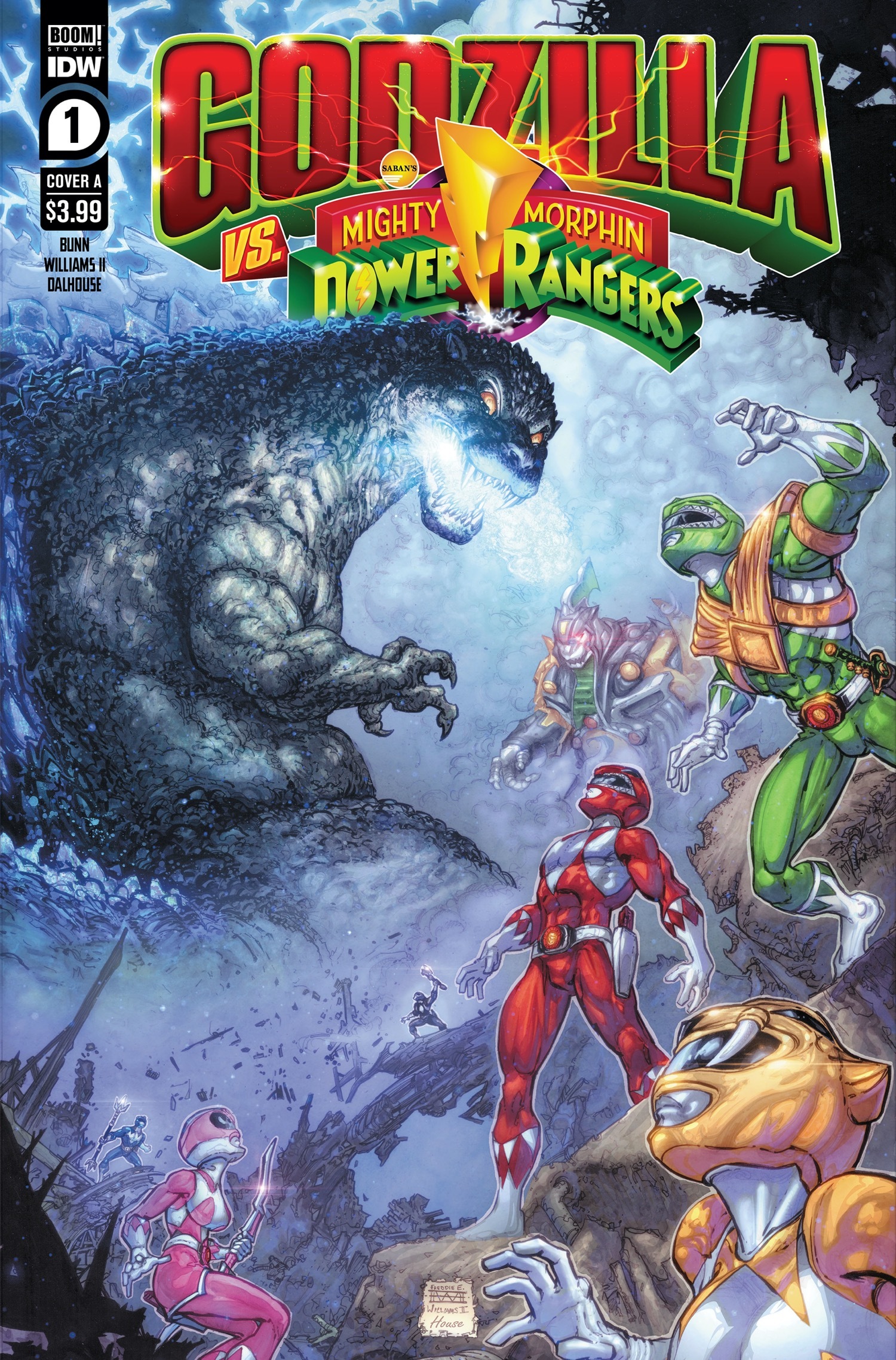 The comics company UDON Entertainment works with a lot of video game properties, Capcom’s most prominently. They’ve published comics, art books and manga based on Street Fighter, Mega Man, Monster Hunter, Dark Souls, Persona, Bayonetta, Bloodborne, and Darkstalkers…which brings us to their latest announcement. One of the more recognizable characters

After years of near-total dormancy, Star Trek is finally back and making up for lost time with a ton of different shows at once, due to Paramount’s sudden need for content and valuable IP during the streaming wars. The first of these to be released was Star Trek Discovery, which

The Kill Lock: The Artisan Wraith Announced For March

Livio Ramondelli is perhaps best known for his writing on IDW’s Transformers series, but in 2019 he came up with a sentient robot story of his own: The Kill Lock. Also published by IDW, the first run became a cult hit and Ramondelli is now proud to announce a sequel.

The surf will be up on Apple TV when they produce a TV adaption of the children’s graphic novel series “Surfside Girls.” The announcement was made by the streamer / overpriced electronics producer over the weekend. The surfside girls of “Surfside Girls” are Sam and Jade, two residents of a