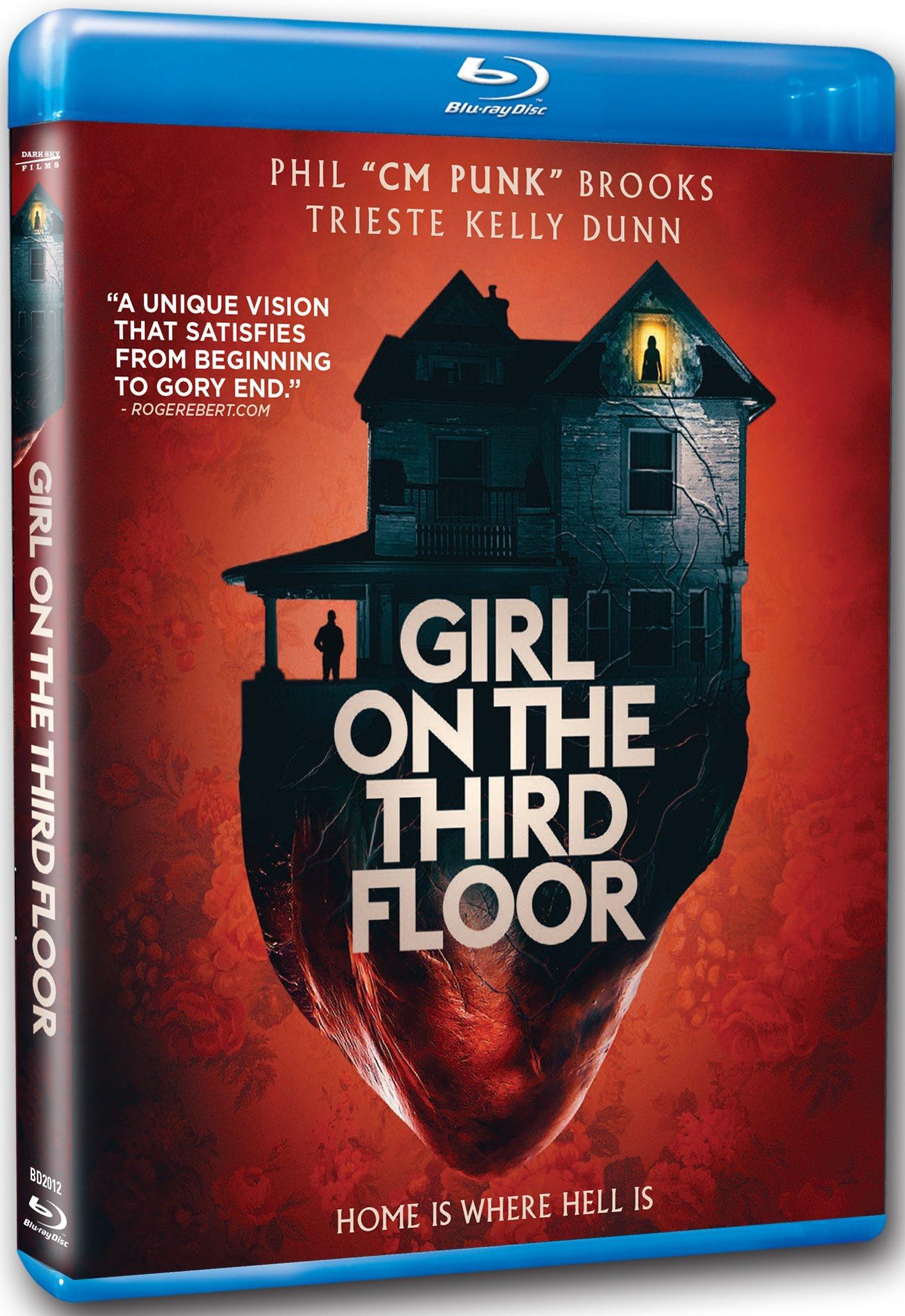 Next month Dark Sky Films will be distributing the new horror film Girl On The Third Floor on DVD and VOD formats. The film was previously given a limited theatrical run earlier this year.

Don Koch views himself as a master craftsman. Show him a run-down house, and he’ll get it looking like a McMansion in a month. So when he starts looking for a place to call home himself, he looks for the biggest bargain — and he finds it in a hideous ancient Victorian dwelling. The walls are rotting, the pipes are bursting, and there’s even inexplicable slime in some places. It’s perfect!

We should mention that Don is married. And his wife is not happy about this.

Nevertheless, Don is convinced he can turn this nightmare into a dream. That’s what he thinks. Not only does the house LOOK haunted, it definitely IS haunted. What is the story behind the girl on the third floor, and can Don survive the encounter?

Two posters exist for Girl On The Third Floor. The original was used as our splash image: 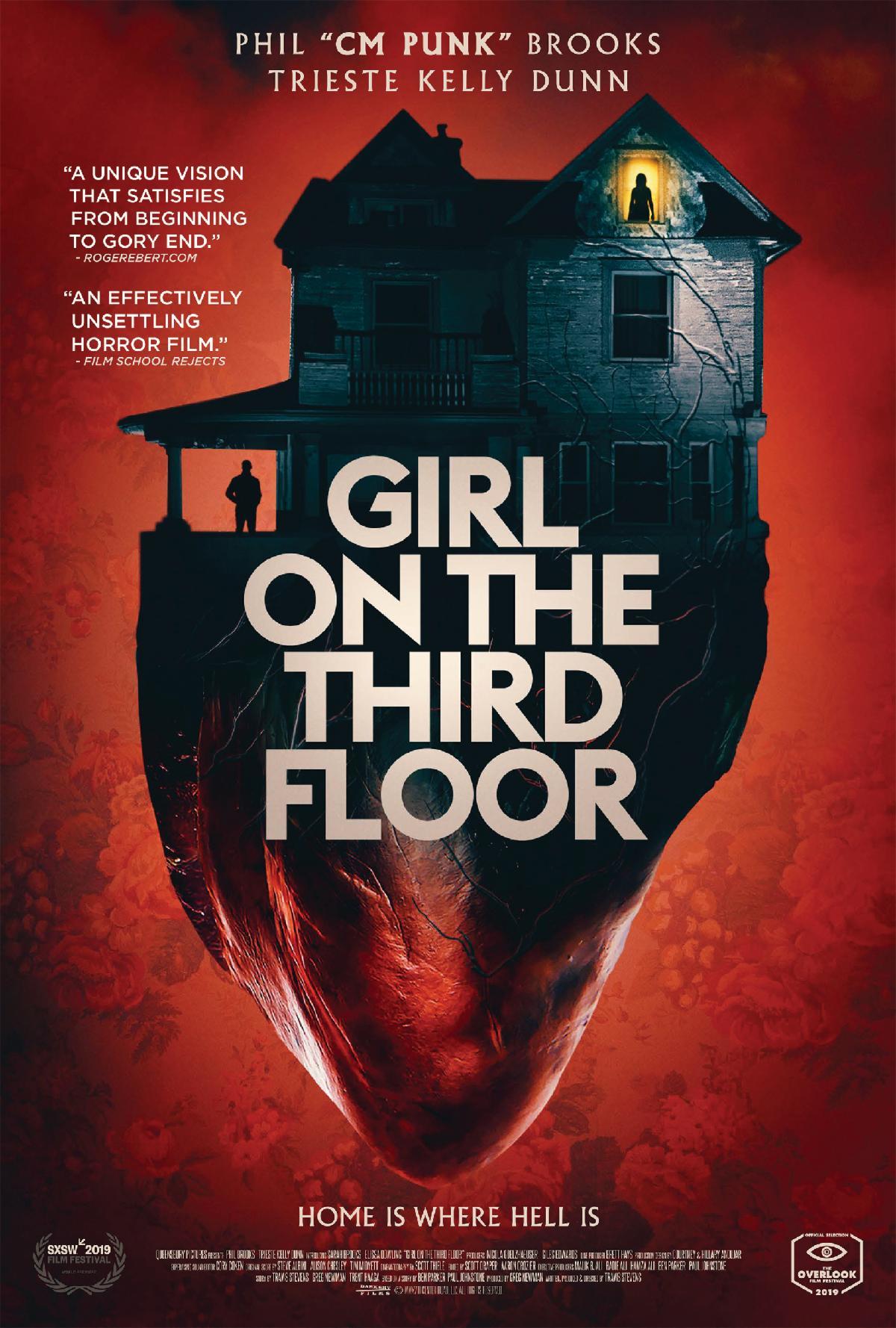 But there’s a more interesting one that Dark Sky is using for the DVD and digital debut, and we like it better: 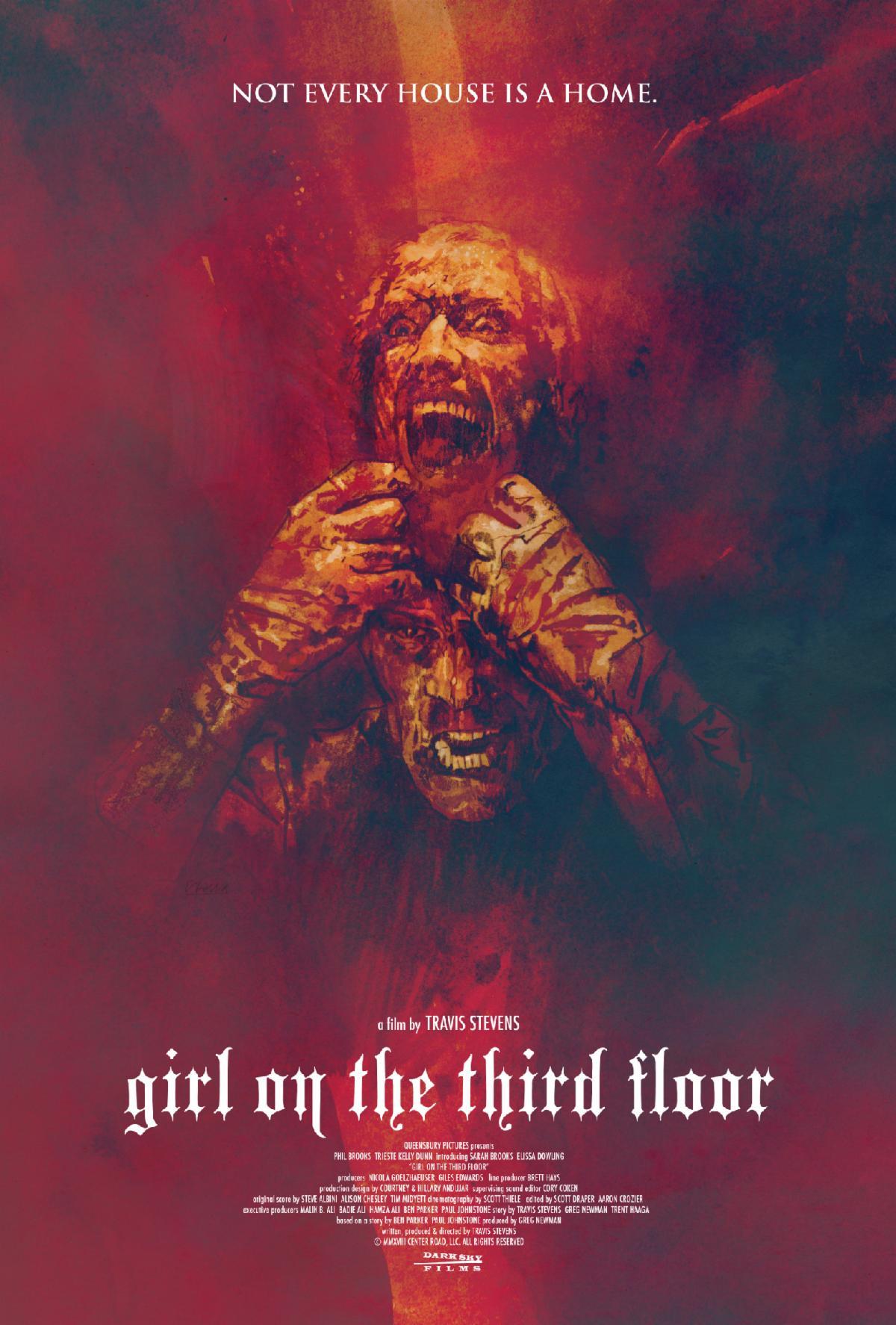 Girl On The Third Floor stars WWE legend Phil “C.M. Punk” Brooks as Don and Trieste Kelly Dunn as his wife. No word on who’s playing the titular Girl. The movie was written and directed by Travis Stevens, and is coming to DVD and VOD January 7, 2020.

Blindsided Comes To DVD And VOD In August

Surge of Power: Revenge of The Sequel Now Out On Blu-Ray,...