In the year 2013, the world was graced with a Garfield-themed kart racer. Now, six years later, because mankind has learned nothing from the past, it’s about to happen again.

Garfield Kart Furious Racing is on the way from publisher Microids and PAWS. If you’re familiar with the first one, this looks to be more of the same, with standard Grand Prix, Single Race and Time Trial modes. The statement from Microids mentions “16 iconic tracks from the world of Garfield, including Palerock Lake and the Pastacosi Factory.” Because who could forget iconic Garfield staples like the Pastacosi Factory? 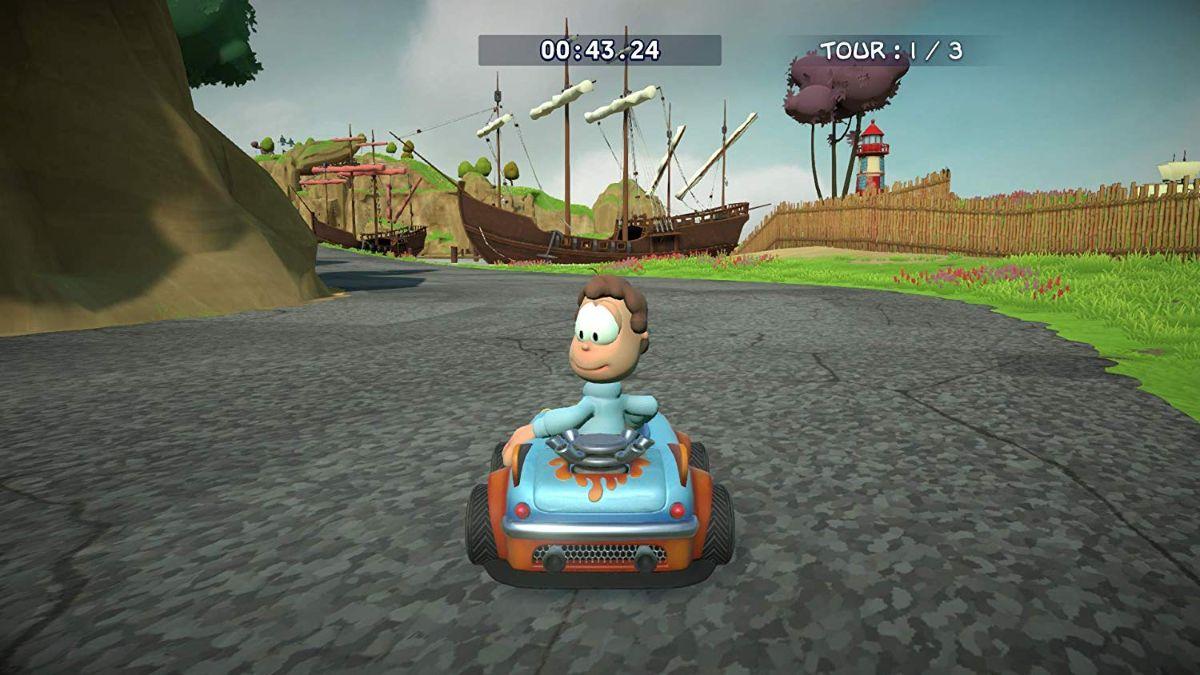 Is it just me, or does Jim Davis’ style look WEIRD in polygonal 3D? Jon’s eyes, especially, don’t translate well the way they’re bunched together — it’s the kind of thing that only works with outlines separating them. The CGI TV series “The Garfield Show” had this same problem.

In case you’re wondering, the eight characters you can race as in Garfield Kart Furious Racing are Garfield, Odie, Jon, Nermal, Arlene, Liz, Harry and Squeak. And I actually know who Harry and Squeak are off the top of my head — that’s either mindblowing, pathetic or both. The former is the name of Garfield’s mailman and the latter is a mouse. There were plenty of other characters that could also have been stuffed into karts; here are some suggestions for Garfield Kart 3: Nermal’s Revenge in case PAWS is listening:

Doc Boy
Binky the Clown
Irma the trashy waitress
Kimmy, Jon’s date who was raised by wolves
Kung-Fu Creatures On The Rampage II
Sylvia (the woman the Kung-Fu Creatures were impersonating)
Uncle Roy (might be tricky as we never actually saw Uncle Roy)
That creepy old man sitting in the recliner from Garfield’s Halloween special
Orson the Pig
Lyman
Bill Murray
The weird-looking 1978 version of Garfield (as an unlockable)
A talking pan of lasagna (when all other options have been exhausted)

If you don’t want the ghost of Lorenzo Music to haunt you, you’d best pick up a copy of Garfield Kart Furious Racing when it goes on sale November 5 for Playstation 4, Nintendo Switch, XBox One and PC via Steam.