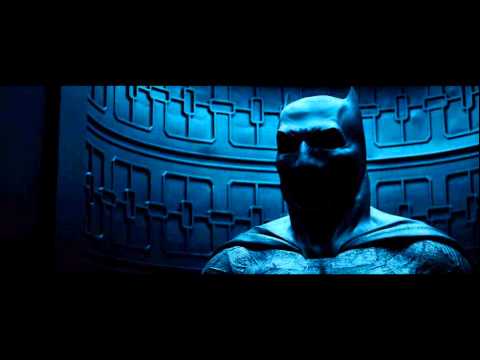 Ok, so remember yesterday when I posted a little teaser for Batman v Superman: Dawn of Justice? You do? Ok, good, cause now you can forget that!

A very brave individual has posted the true official full Batman v Superman trailer. No joke, no lie. It’s recorded on a phone, so it’s a little shaky at parts, BUT, the audio is perfect, and it really lends a tone to what is going on.

What do I mean by that? Well, it appears that are a LOT of people who still fear Superman, you know, despite the fact that he saved us from extinction and having Earth become the next Krypton. There is a lot of cool imagery that proves this. From people looking up Superman fearfully, to people even bowing to him as he arrives on scene.

Yet even moreso is what we hear from Lex Luthor and Alfred, who’s voices appear in the trailer a few times. Alfred notes that the feeling of helplessness turns people cruel, while Luthor notes that what we fear comes from the sky.

Regardless, it’s all VERY exciting! You can check out the full trailer here! And be sure to let us know what you think!

UPDATE!: Who’s needs a leak when you have the official released video? That’s right! The official trailer is here!