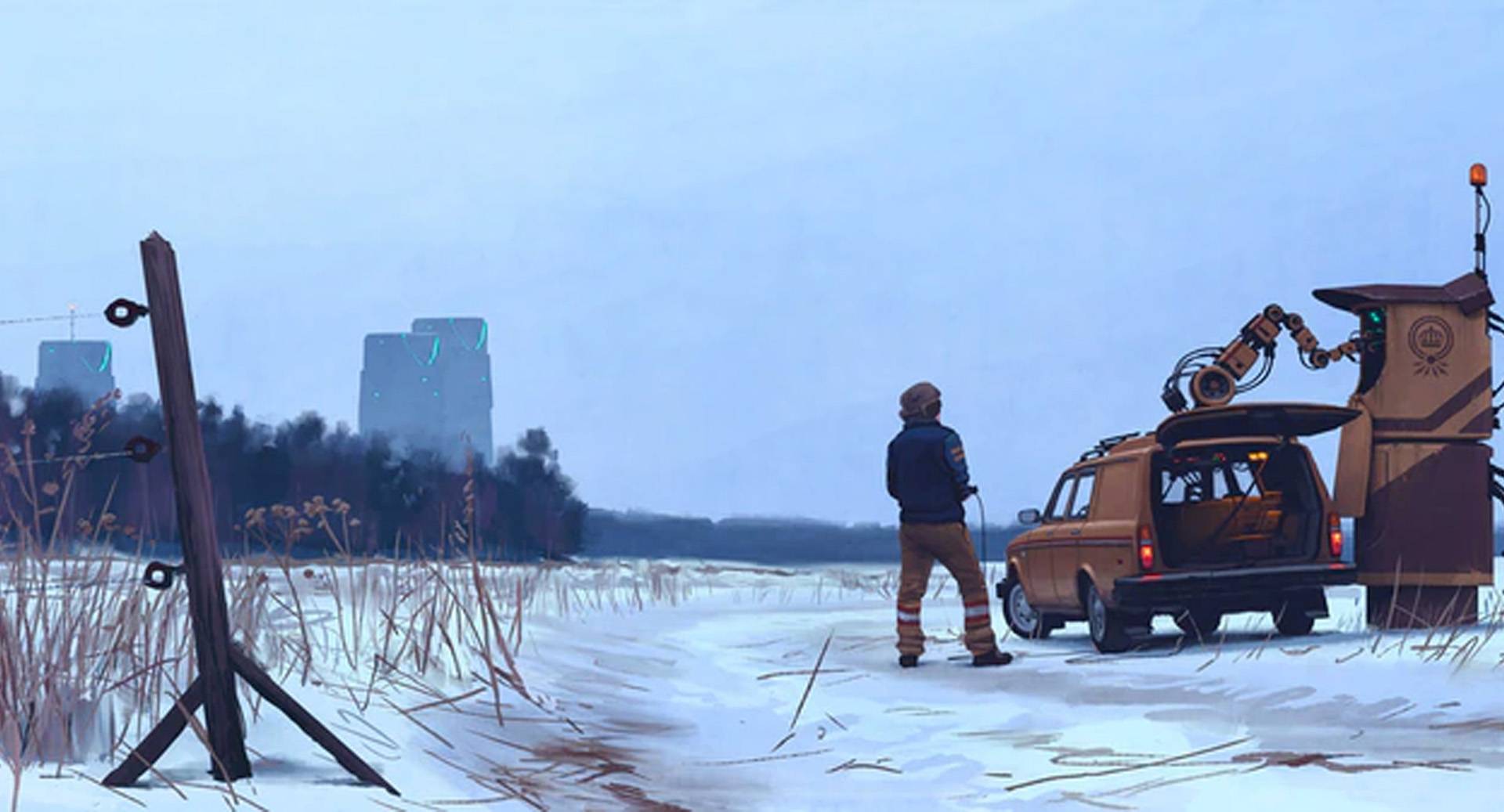 Tales From The Loop has never been more visible. It started as a series of paintings, was adapted into a tabletop game by Free League, and then spun off into its own Amazon Prime TV series. Now it’s about to become a board game too.

The backstory is the same as in the other incarnations: it’s an alternate 1980s that resulted from particle accelerator experiments conducted decades prior. The accelerator seems to have bridged the gap between our world and another one, and now strange — I mean, WEIRD things are happening. Machines are malfunctioning for mysterious reasons, and unknown creatures no one has ever seen before are roaming the land.

As one of the pint-sized kid characters that Tales From The Loop focuses on, your reaction can be summed up in one word: “Cool!” You and your friends decide to investigate and get close to the phenomena as you can. And that’s where the board game begins.

Unlike most other board games, Tales From The Loop doesn’t have players take turns. Instead, you’ll be moving around the board simultaneously and making your decisions collectively. Remember that you’re still a kid and you only have so many after-school hours in the day to probe the countryside’s mysteries before your mother calls you home for dinner. Plan your hourly activities well!

Tales From The Loop: The Board Game will include at least four scenarios in the base game (probably more as stretch goals are hit), with each scenario taking around two to three hours to complete. You can get a copy for a $60 pledge, or a Deluxe Edition for a $99 pledge. There is also a Retailer Pledge that will allow hobby shops to order five copies at a discount.

Get Tales From The Loop: The Board Game through this link. The campaign lasts until May 7.

Controllers the next big thing for Kickstarter?

For Those About To Roll, We Salute You! Dicey Ventures Earth...