Vampire Academy, It is Gossip Girl but with Vampires

Vampire Academy is coming to Peacock this September 15, 2022. This drama fantasy explores the social stratification in a society inhabited by vampires. Sisi Stringer, who most recently portrayed Mileena in Mortal Kombat, will be donning fangs in the upcoming series. She will be playing the role of bloodsucker this time around. 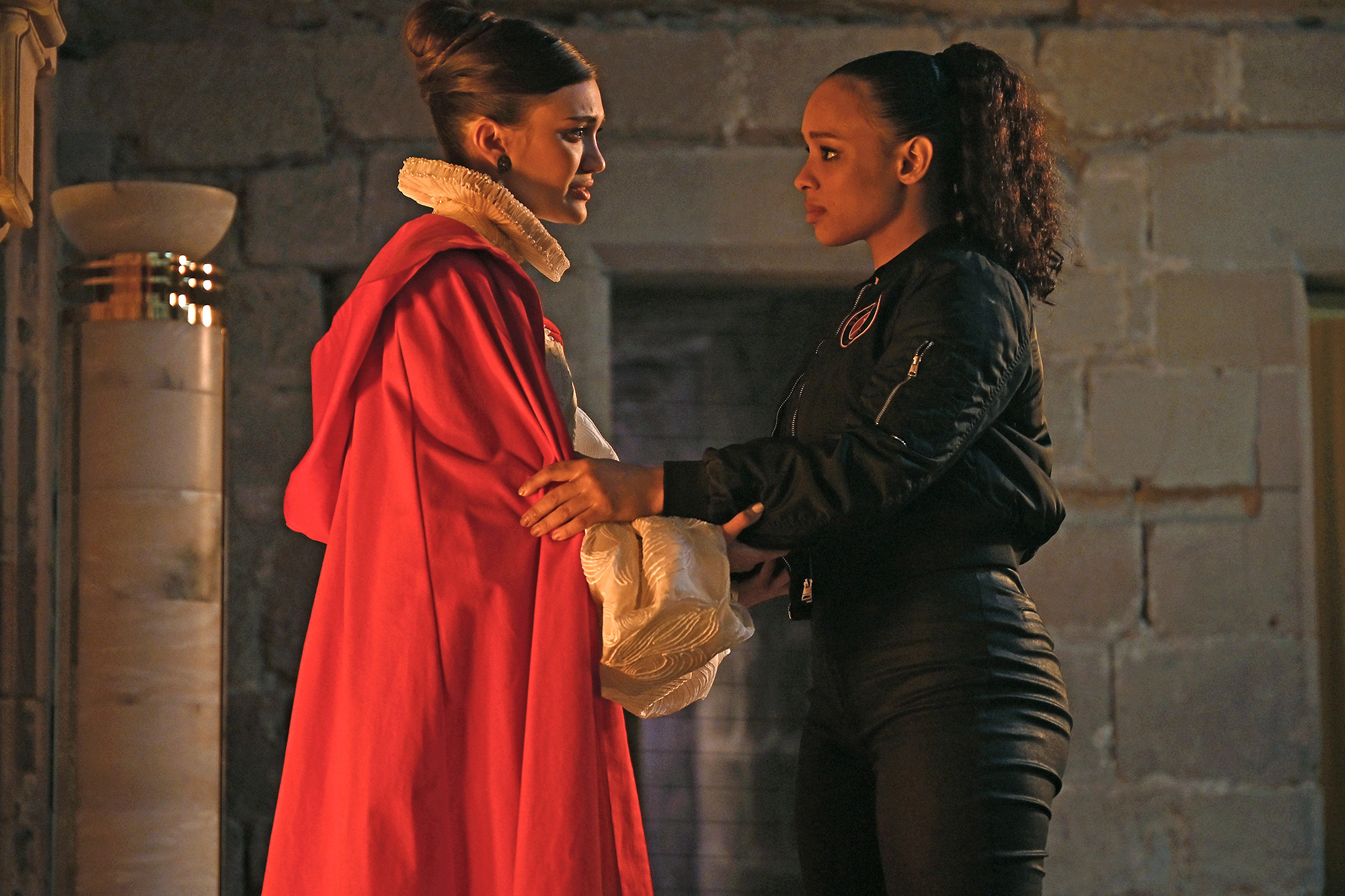 In Vampire Academy, The central characters are two best friends. Their social class tried to divide them but it didn’t stop their friendship.
It is based on the novel series by Richelle Mead. It got a movie adaptation in 2014 but was unsuccessful because of...
Click to expand...

I need to talk to your manager!

I Love Twilight and I miss watching vampire romances on tv. Time for me to subscribe to Peacock.

I am still devastated that Netflix canceled "First Kill" I want me some sexy vampires.

I'm not sure about it though. I don't care how the actors look or if the plot is altered; what matters is that the vibe of the show and the actors matches the vibe of the books and characters. And when I look at this, I see something completely different than the Vampire Academy. The actors don't give me the vibe of their characters either, with the exception of the girl who plays Lissa. And judging by Dimitri's one line to Rose in the trailer... I see no chemistry between them and no emotion on his face; he's so uninteresting. I also don't see any chemistry between Rose and Lissa, so I'm not sure what Julie was thinking when she chose this cast.

Who the hell watches this? I don't get the obsession of romanticizing and sexualizing of Vampires. Vampires are technically bloodsucking corpses. They are monsters people are suppose to be scared of.

Says the person with a Homelander Avatar, These vampires are better people than that megalomaniac you watch.

Vampire Academy was the first novel I ever read. It fostered my love of reading. It opened up a whole new world for me, beginning with vampires, wizards, and witches and progressing to historical fiction. This is a story that holds a special place in my heart. I liked the actors in the film, but it was a huge letdown. I'm not familiar with these new actors, but I hope they do the characters justice. However, based on this trailer, they are not the characters we remember, and it appears that they are telling a different story.

Although I have very little expectations for it, I'll still give it a try because I appreciate the novels so much. I'm quite anxious because Richelle isn't involved in the production; I'm concerned this will fall flat as the movie did, but I really hope I'm wrong. These were my favorite books when I was in middle school.

Even though I'm being cautious about it, I'm excited about this. I want to appreciate this so hard, but it's so sad that I feel like I have to be cautious. I just don't want another letdown like in the Shadowhunters series and Y:The last man, where they combined all the plots. The capacity to examine a book's plot in greater detail than is possible on film is the whole point of a TV series, right? Covering three volumes in one season is the worst thing you can do since it does such a disrespect to the source material. Not to mention that the progression of the relationships seemed strangely stalled... I've been hurt by television adaptations way too often, guys.

So let down by the casting I was anxiously awaiting this, but they don't like my vision of them at all, how depressing! One of my favorite books is it. It's unfortunate that they completely removed the characters' ethnic backgrounds. I want diversity too but not for this one. Race Bending is not the solution for the lack of diversity in Hollywood.

I really hope the show does my books justice because gosh, I'm going to be so disappointed if it doesn't. After waiting for a very long time, it has arrived at last! I can't wait to watch the show in its entirety before making a judgment. I've read all the novels, and this trailer makes me realize how many various aspects of the book are still begging to be discovered.