Figured we get a discussion thread going for this. I'm a little surprised this appears to be Ribut origin tale, slightly. I'm all for more Ultras, but the character was introduced to a much wider audiance just last year in the previous Ultra Galaxy Fight, for those who don't know he originally seen as part of a Malatsian cg kids show. Upin Ipin. Outside of that it's a good star for this with a lot of call backs to various Ultra shows. Now I'm aware usually there's supposed to be a pic that usually goes with these post, but I posted the english dub of the video for a reason, Kane Kosugi who was the main character in Ultraman the Ultimate hero aka Power voices Power in this, now that's pretty cool 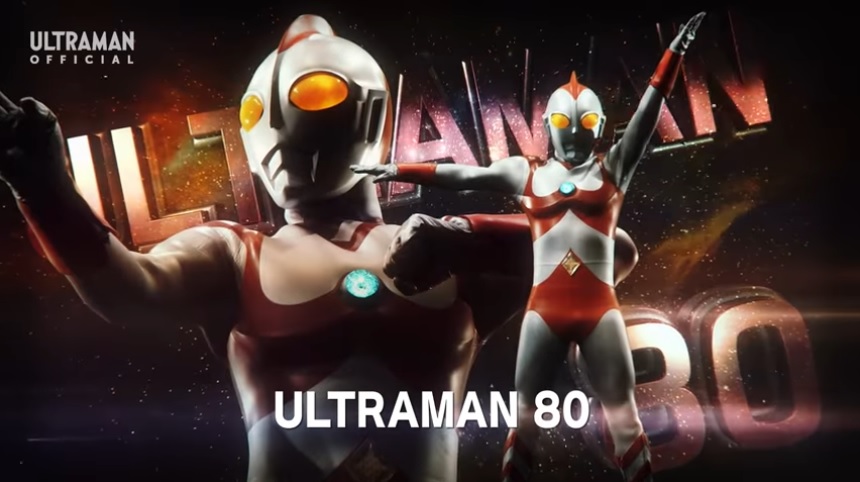 HE CAME TO US FROM A STAR!!!
​
Yeah, probably the return I was most looking forward to, and the very first episode gives him a big centerpiece battle. I was very happy. The original actor is providing the voice, too!

Funny thing is, I've seen 'Ultraman: Towards The Future' and yet I don't think I ever realized how weird Ultraman Great's "ears" were.

Edit: Something which I had totally overlooked from the first episode. The "Queen Izana" that briefly appears here uses the suit of the War God from Ultraman Orb The Origin Saga. But that is not the same name as the queen from that show, and the tree of life can still be seen in the background. So we must be further in the past than that.

It's just a small detail but one that shows how much attention they pay, even to a show like this which is pretty much just suit actors in front of green screen.
Last edited: Saturday at 1:40 PM
S

Okay does Ribut practice the Ultr version of Tai Chi or something? Because I was not epecting that at all. It was good to see Great and Powered in action, granted I have a closer connection of Toward the Future than Ultimate Hero so I was more excited to see Great than I was Powered. And can I say that was a fast three days, I understand there are time constraints but Max was infecyted by the Gudis cells the previous chapter. I was a little surprised that we got Neos and Ultraseven 21 and Cosmos and Justice, who I'm fairly certain was voiced by the actress who played the human version in the third Cosmos movie. On that note I'm trying to figure out if the got a female VA for the english version or not,.

Watched the first episode today and it wasn't bad, but tried to cram way too much in its 11 minute run time. That and it has the same visual problem I had with Ultra Fight Victory in that everything looks way too artificial. I guess I should be happy that the Ultra suits don't look way too bright though.

Funny to see Powered considering I have been watching The Ultimate Hero over the last two weeks.

So is the dub any good?

Episode two wasn't quite as fun. That's probably just because it was putting the spotlight on characters I don't care so much about. Neo's series is

, I haven't seen Cosmos at all yet, and the weakest part of Ultraman The Ultimate Hero is probably it's main character, so I can't get that excited for him. Bring back the mad general from 'Towards The Future' and I'll cheer the house down!

Also, when Cosmos turns up 80 mentions hearing about his role in Ultraman Saga. Which puts that movie's events before those of Orb Origin. Then the main Orb series happens before Zero turns up as a regular in Geed...don't mind me, I'm just mapping out the timeline of events over here...

scikaiju said:
Okay does Ribut practice the Ultr version of Tai Chi or something?
Click to expand...

I believe Koichi Sakamoto, who directed this, did an interview where he said Ribut's moves are based on silat, which is popular in Malaysia where the character originally appeared.

Powered's fighting style in this was apparently based on sumo techniques. He's a bit infamous because the fights in his own series featured as little contact with the monsters as possible (they had made the monster suits more detailed than usual, only to discover that they were also very fragile as a result). So for this they've given him a fighting style that involves less striking.

And there's no fun story connected to it, but apparently Great's moves are based on karate.

I was a little surprised that we got Neos and Ultraseven 21 and Cosmos and Justice
Click to expand...

Neos' series just had it's 20th anniversary, which is why they put him and Seven 21 in (same with 80 being in it due to it being his 40th anniversary).

Cosmos' 20th anniversary is coming in July, so they're having a slightly early celebration.
S

Dr Kain said:
So is the dub any good?
Click to expand...

Well I think it's pretty good. and I've seen other people say they're doing a good job of it this time around, so take that as you will.

Ultraman Great was my introduction to the Ultraman franchise when a film compilation of Ultraman Towards The Future was broadcast on Arabic TV, so it's great to see him in a much bigger role.

Also great to see Justice again, I don't believe he/she ever had a major appearance since the Cosmos Vs Justice movie apart from being one of the Ultras who were involved in the Dark Spark War before the events of Ultraman Ginga.
You must log in or register to reply here.
Share:
Facebook Twitter Reddit Pinterest Tumblr WhatsApp Email Link