The Bad Guys, Its like Suicide Squad and Money Heist but with Anthropomorphic animals

The Bad Guys is a Computer Animated comedy film with the Swagger of The Suicide squad but more family-friendly. It is a collaboration between DreamWorks Animation and Universal Pictures. The animators changed the Art style of the characters in the movie adaptation. There is a potential for this movie to become a franchise because it’s based on a series of children’s books written by Aaron Blabey.
Making the characters more cute and personable is a clever decision. 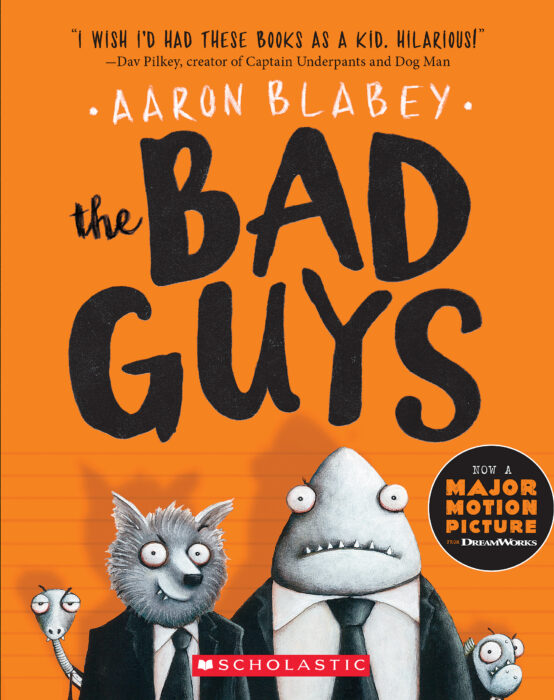 The Bad Guys is such a successful book series that it spawned eight books.
The Bad Guys Trailer


Mr Wolf (Sam Rockwell) leads a group of misfits called The Bad Guys Gang. They live in a world where Anthropomorphic animals coexist with humans. Imagine Zootopia but...
Click to expand...

The shark character is cute. I always love Anthropomorphic sharks! I have a Crush on King Shark in Suicide Squad and now we have a cuddly shark on screen.

Don't be Jealous of my Boogie

Their Book counterparts looks cuter and more original. Now they look like they came out from Zootopia and Beastars.

I know what you mean but in a way The Bad Guys can get a pass. They're hard to look at but funny as hell. Mr. Shark is the worst of all. Imagine stealing The Mona Lisa portrait while pretending to be The Mona Lisa. What a hot mess and to see the whole bunch of them trying to 'save' the cat just takes the cake. "Here kitty kitty kitty"

As despicable as they are I'm going to see them.