The Umbrella Corporation’s deadly T-virus continues to ravage the Earth, transforming the global population into legions of the flesh eating Undead. The human race’s last and only hope, Alice (Milla Jovovich), awakens in the heart of Umbrella’s most clandestine operations facility and unveils more of her mysterious past as she delves further into the complex. Without a safe haven, Alice continues to hunt those responsible for the outbreak; a chase that takes her from Tokyo to New York, Washington, D.C. and Moscow, culminating in a mind-blowing revelation that will force her to rethink everything that she once thought to be true. Aided by newfound allies and familiar friends, Alice must fight to survive long enough to escape a hostile world on the brink of oblivion. The countdown has begun.
Click to expand... 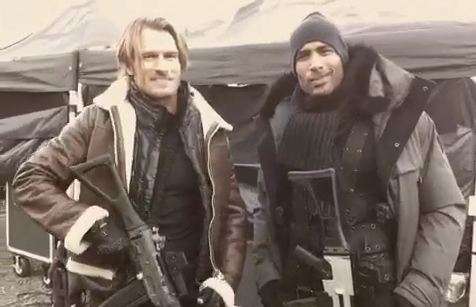 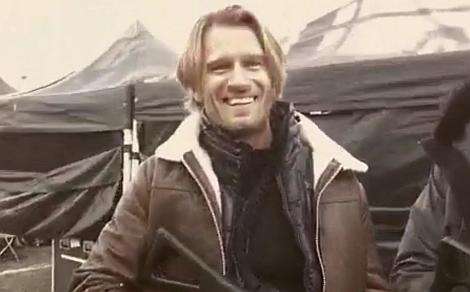 When you compare it to how Leon should really look, then you'll get the point.

musashi03 said:
When you compare it to how Leon should really look, then you'll get the point.
Click to expand...

When I compare this Leon to you, yes, he is definitely old... :laugh: He really does look old in this movie... I guess, they're just trying to keep in sync with the ages of the other characters in this movie. Alice, just doesn't age, i.e., Mila doesn't seem to age. :anime:

@dchoc: You're missing the point, Leon's supposed to look like an emo boy next door, not some rugged dude up in the mountains. And he better pull off an American accent since I remember him playing Sasha the Russian pilot in 2012.

2012 continues to be the year of great films.

I can't wait for this one. :buttrock:
D

Oh god, why? Weren't the last two bad enough? When are they going to cap this series in the head? The first two were great, but my god, the last two were awful. They ended the world, there is nothing left you can do from that as there is no going back. And why the hell is Leon in it? It's not like he is even going to get to do anything on his own. Jill had to have Alice finish the Nemesis for her. Claire had to have Alice finish the Executioner Majini for her. Chris had to have Alice let Wesker get away for him. WHy even bother having the game characters in if they aren't going to do anything but lose? Is Leon going to let Alice kiss Ada for him?
H

Umbrella's the true villain and Jill's being pulled by their strings.

Dr Kain said:
They ended the world, there is nothing left you can do from that as there is no going back.
Click to expand...

Eh? Survivors were on the ship which means they can rebuild the world. Also, Jill is under Umbrella's control, so that still needs to be resolved. Not everybody agrees with your opinion. :laugh:
B

Not quite sure about that 'trailer' in your post there dchoc is actually a trailer because all I'm seeing is a scene with some commentary, but I got this one.

B Samurai said:
Not quite sure about that 'trailer' in your post there dchoc is actually a trailer because all I'm seeing is a scene with some commentary, but I got this one.
Click to expand...

Thanks. At the time of post, it was the only one that I could find. I'll update the first post.

After the third movie, I just lost all interest in this franchise, and I wish that they'd call it by a different name instead of Resident Evil, because there's not that much resemblance between the movie series and the video games that inspired it. They should've be more like Underworld, and just go all out without adding a character like Leon Kennedy (but make him indistinguishable from his Capcom counterpart) to continue to pretend that they give a **** about the games' universe.

Alice is still the Lead. Umbrella Corp is still the main enemy, and zombies are still involved... So, it stays as Resident Evil, that way it started. :anime:

Whenever I watch or think of RE I think of musashi02 because of his cosplay stuff.

My Dad has bigger tits than Mila Jovovich.

Dr Kain said:
They ended the world, there is nothing left you can do from that as there is no going back.
Click to expand...

Yeah, this pretty much. Once you've done a threat as big as this, there's nothing that can happen that could top it to continue and expand the story. It's basic story telling 101.

Regarding Leon in Retribution again, well at least he looks closer to the Leon of the newly announced Resident Evil 6... but still, Leon's no square jaw...

The Creator Of Coffee Talk Is…..Dead!