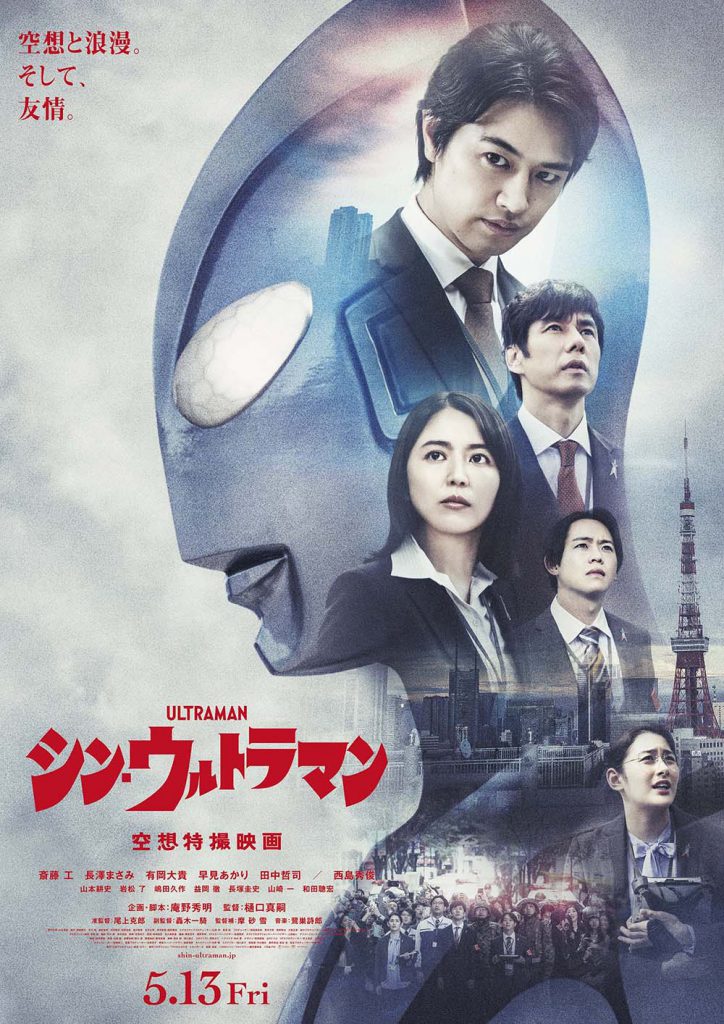 The 2022 cinematic reimagining of Ultraman helmed by Shinji Higuchi (director) and Hideaki Anno (script writer and producer) is doing great numbers in the Japanese box office right now, outgrossing Higuchi's and Anno's previous project Shin Godzilla's 3 day opening, leading to one of the biggest international openings of the weekend (and it's still only released in Japan) and becoming the highest-grossing Japanese live-action film of 2022, as well as the highest-grossing Ultraman film.


The film is something of a labor of love from the crew. First they used visual artist Tohl Narita's original non-color timer design for Ultraman (Narita was openly critical of the addition of the color timer, which was a studio decision), then they used the original Spacium Beam animation by special effects trailblazer Sadao Iiszuka and now there are claims that they had the original suit actor Bin Furuya do some motion capture for the film.

The film has already made the top 5 box office movies worldwide this week.

Does this one suck balls like Shin Godzilla or is it actually worth watching? I've already read up on spoilers and I really don't care, I care that it's good. Hard to trust Anno after he, Orange, and Bones raced to the bottom as to who could make the worst Godzilla entry. So glad MonsterVerse exists.

A lot of people seem to say it's good.

Shin Ultraman's box office success seems to be rubbing off on other Ultraman products as the Ultraman Nexus prequel film Ultraman The Next is finally getting the appreciation it deserved. 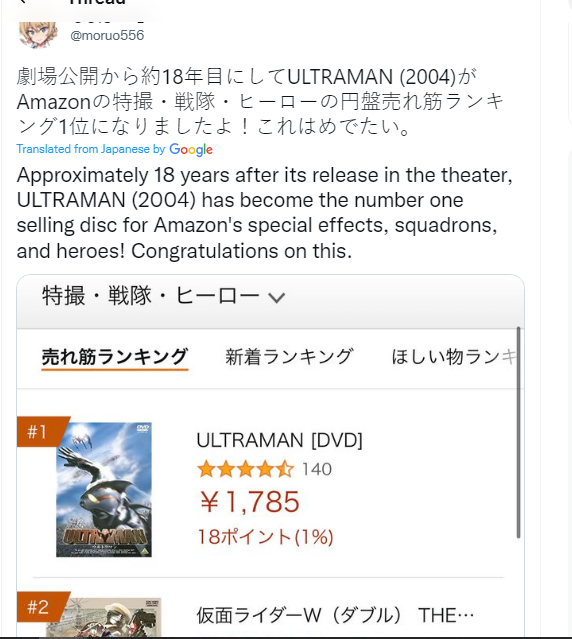