ClimaxHeroDen-O said:
now, while I'm not against the idea of 1:1 toku weapons, a lot of them would theoretically be quite expensive, and in some cases it'd likely be more cost-efficient to just make your own
Click to expand...

I agree with the rest of what you said, and I don't think anyone else was purposefully bashing the DX role play toys, but this is where I have to disagree with you.

We could both get into specifics, but the long and short of it is, not everyone has the time, skills, and materials to make custom props themselves. Not everyone knows who to commission, and those that do can often charge through the rough depending on the size and complexity of the prop. At the very least, I'm willing to argue that buying a Proplica item and the fees that go with it (shipping, 3rd party, etc) is strongly comparable to the price of making your own to the point where it doesn't matter one way or the other. But I still think the Proplica line will be cheaper, since it's a mass produced item.

Many people would rather buy an officially licensed product than go through the trouble of making one themselves. And personally, I RARELY see a fan made prop that rivals what was seen in the show or rivals the quality of official products like these.

ClimaxHeroDen-O said:
now, while I'm not against the idea of 1:1 toku weapons, a lot of them would theoretically be quite expensive, and in some cases it'd likely be more cost-efficient to just make your own
Click to expand...

Speaking as someone who has tried scratch building for Gundams…it's a lot more difficult than you think it is especially if going for on screen accuracy is your main objective. I can't imagine how much more difficult it would be to make stuff like Replicas and junk.

Not everyone here is an artist or has the resources or even time nessicary for a project like that, and when you factor in all the materials and cost of labor…yeah buying a pre made replica is a lot easier than doing it yourself.

Looking at this objectively, 90-100$ For the moon wand is actually pretty reasonable, a custom made one will cost triple that.
Last edited: Nov 11, 2013

Not sure if everyone's seen it yet, but Psycho-Pass' Dominator gun is next in line to receive the Proplica treatment.

From the videos and previews Bandai has shown so far, it looks gorgeous and has quite a bit of impressive electronics behind it.

HOWEVER. Considering the fact that it doesn't have the ability to transform into its other modes, the 20,000 yen price isn't really justified in my opinion. 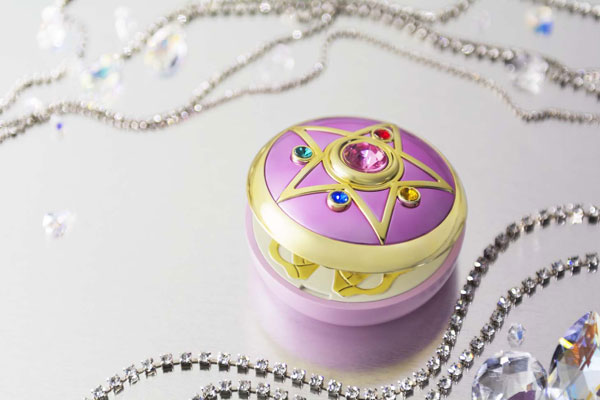 I'm not sure if I was the only one who was completely oblivious, but Sailormoon's henshin Crystal Star compact is now up for pre-orders.

So glad I didn't put down the cash for the real-compact replica. (^.^

Just got my hands on the Dominator and here's my guide/review: