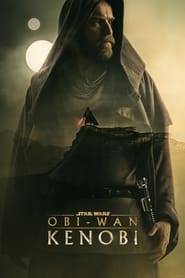 Overview: During the reign of the Galactic Empire, former Jedi Master, Obi-Wan Kenobi, embarks on a crucial mission to confront allies turned enemies and face the wrath of the Empire.

Staff member
I think Obi-Wan Kenobi is off to a great start. Are you watching? What do you think? What would you like to see happen in the series?

Boss of All Bosses

I was glued to the screen every time Kenobi appeared on the screen. Reva's inquisitor stuff was surprisingly lackluster. The more they tried to portray her as an angry badass, the less I could take her seriously. I'm not sure if it was the direction, the writing, or the acting, or a combination of all three, but it was there, and hopefully we'll get more from her in episode 3.

I'm curious if knowing Vader is still alive motivated Obi Wan to return to the fight. He's been disconnected from the Force's physical abilities. Instead, I'm curious if his cosmic abilities would be enhanced.

I am an Independent Girl

The Actress who played Riva is getting threats from Star Wars Fans. Whats with racist Misogynist being rampant in the fanbase.

My son recently created a profile for me on his Disney Plus account. I have seen the previews for Obi-Wan Kenobi. Looks exciting. I don't know what all the hoopla is about racism and misogyny though. Quite frankly I'm not interested. For all of the years Star Wars has been in existence, it will take a lot for fans to get upset.

Yes the fanbase had a very vocal group of racist and sexist people. They whine whenever there is a POC, A woman and an LGBT character gets a highlight. Especially the last Star Wars Trilogy where a woman is a lead. It got so much hatred online. Kelly Marie Tran who played Rose, have to delete all of her social media because of all the death threats she got from Star Wars fans.

I am an Independent Girl

LOL those racist geeks will suffer more because there is an All female Star Wars movie in the works. Let them suffer for their hatred.
F

If we will have racist on tv shows, than we should close Internet. This is not normal anymore. People can't accept anymore something is not like they want to happend.