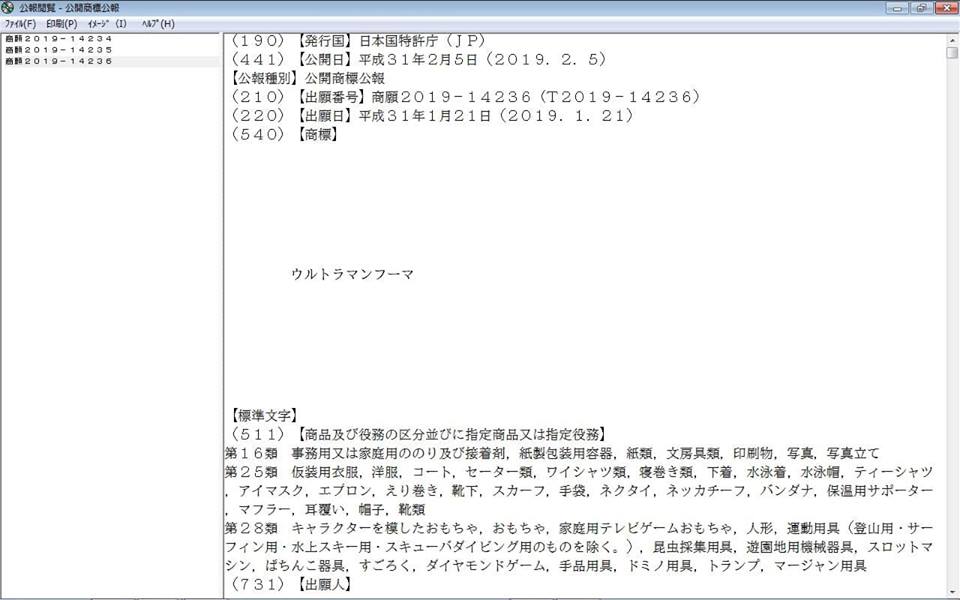 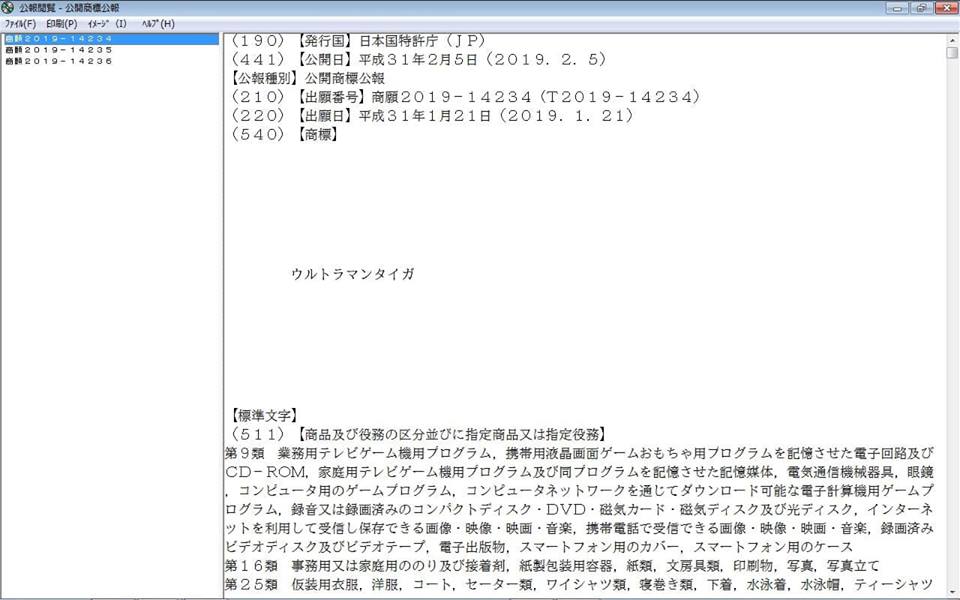 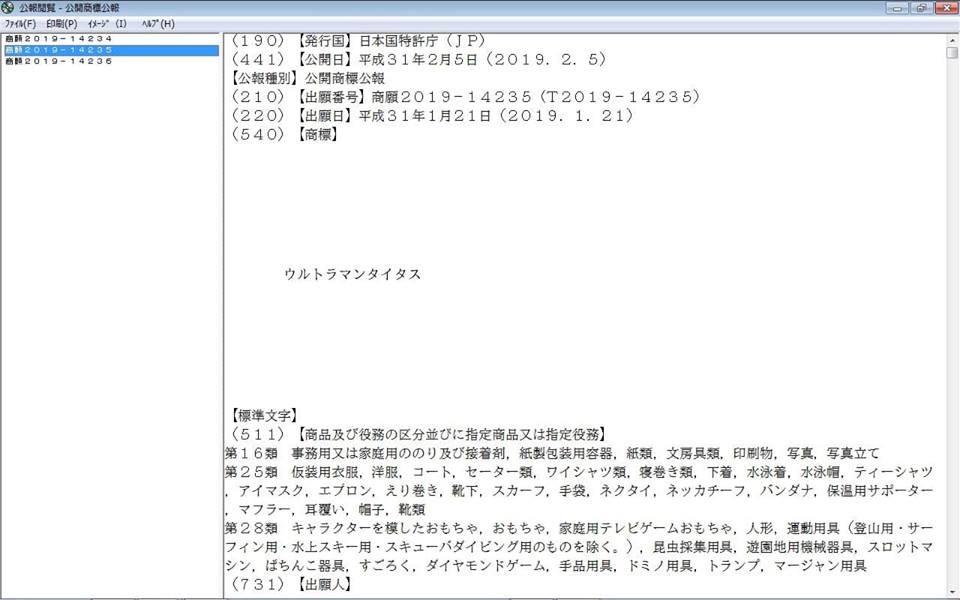 ​
Gonna be honest, I haven't looked them up on the trademark bot myself to confirm this but apparently the above screenshots show that Tsuburaya has applied to trademark three terms, all of which were granted yesterday (5th Feb).

Fingers crossed this means that a new series is in the works for later this year.
S

I'm always down for more Ultraman

​
I'm a little late on this, but the details for the new series, Ultraman Taiga, have come out. First of all, the series will begin broadcasting on July 6th at 9am on TV Tokyo.

The main character is Hiroyuki Kudo, played by Yuki Inoue (Yes, the hero is being played by an actor called Yuki and they decided to call him Hiroyuki. Toku is not subtle.). When Hiroyuki was a child he was attacked by aliens but was saved when the light of Taiga arrived on Earth. Unknown to Hiroyuki, Taiga has lain dormant within him ever since. In the present day, Hiroyuki works for an organization called E.G.I.S. (Enterprise of Guard and Investigation Services) which works to keep the peace with aliens who have secretly emigrated to Earth.

As Hiroyuki has a kind heart and a strong sense of justice, he is able not only to awaken Taiga from within him but also to befriend two other Ultramen, making him the first ever person to become the host to three Ultras simultaneously!

​
The central figure is Ultraman Taiga, a rookie Ultraman from the M78 Nebula (a.k.a. The Land Of Light). He is the son of Ultraman Taro and secretly wishes his father would understand and acknowledge him.

On the left is the heavyweight specialist Ultraman Titas. Titas comes from the planet U40, which is also the homeworld of Ultraman Joneus from the anime series The☆Ultraman.

On the right is Ultraman Fuma. His specialist skill is his great speed, and he has a "rough" personality. He comes from the planet O-50, which is where the powers of Orb, Rosso and Blu came from.

Together they form the 'Tri Squad'.

The villain of the series is Ultraman Tregear. Tregear also hails from the M78 Nebula and was one a close friend to Ultraman Taro before turning evil. Tregear made an appearance in the Ultraman R/B movie (which we won't get to see until it's home release in late July).

The Ultra Taiga Accessory are items resembling key-chains, bracelets, or rings which contain the power of various Ultramen or kaiju. Hiroyuki has three key-chain-type ones for Taiga, Titas, and Fuma, which he keeps on this belt-mounted holder. The gauntlet-like Taiga Spark borrows the power of the Ultra/kaiju within an Accessory, and allows Hiroyuki to transform into one of the three Ultramen.

The first promo is out:

Hey! Do you like Ultraman theme songs and jump rope? 'Cause if so, have I got something for you!

While we're at it, how about a "special movie" i.e. extended trailer?

How about a demonstration of how his morpher works too?

One last weird bit of news: the female lead has been changed. Originally it was an actress called Momoka, but she's been replaced by Ayuri Yoshinaga, who is with the same agency. Officially this is due to "production schedule issues". Unofficially it's rumored that Tsuburarya want to air the show in China, and Momoka was recently in a film that was slightly controversial over there, so that might be why she was replaced.