Do you love taking pictures and share them on social media? Are you an aspiring photographer and can’t go outside because of the quarantine? Pokemon Snap can scratch that itch of your fingers to click a camera.
Pokemon Snap was a classic title for Nintendo 64. Despite the limited graphic prowess back then, It gave people colorful memories. 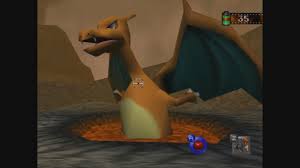 After two decades of waiting, Pokemon snap got reimagined for the new generation of players. This sequel is titled New Pokemon Snap because you will be snapping them angles.
Pokemon from the latest generation is also part of the roster so there will be more pictures to take.
Nintendo announced a sequel for the Nintendo 64 Pokemon Snap. This time it is for the Nintendo Switch.

Pokemon Snap is a first-person shooter, but instead of killing something, you take their...
Click to expand...