GARO: Kami no Kiba (the movie) 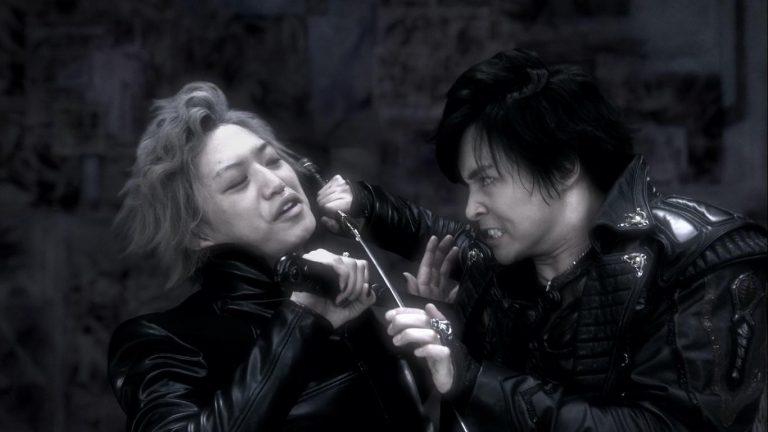 ​
So, OverTime snuck a sub of this film out last week, just in time for the new TV series which begins this Thursday. It's a movie of many things; A warm-up for Jinga's solo TV show, a sequel to Gold Storm, a culmination of all Ryuga's adventures so far, the first time Ryuga himself has encountered something definitively from the "Kouga-verse" shows, a promise of more to adventures to come, almost certainly the tokusatsu swan song for Tsunenori Aoki (Aguri in the third season, Garo Yami o Terasu Mono, and Professor Ryoma in KR Gaim), and a movie where a dog is used as a machine gun.

Obligatory self-indulgent promotion of the short article I wrote for the main site here, but more importantly have any of you seen it and what did you think?

Really, Jinga TV show will show up this week? I hope they can show us what happened when and why Garo before Ryouga become rusty like in Yami no Terasu Mono. Jinga sound like popular Makai Knight in Makai Retsuden episode.

Just watched first part of this movie from youtube. It is like normal Ryouga Movies. Not much excellent scene or enemy. Still not mach to first Garo movie.

The first episode is scheduled to air today (4th October), but it's not unknown for them to advertise the start time as "25.00" i.e. really 1am the next morning. So yes, it begins in Japan some time within the next 24 hours. Then we'll have to wait and see if any of the fansub groups take it on.

The TV show is a prequel about Jinga. Going by the trailer I'm guessing that it's about how he gradually became consumed by a Horror. No sign of golden knights in it thus far.

From what I saw online, Jinga was pretty well received when he shows up in Gold Storm. You'd think a campy, hammy villain would be out of place in Garo but really it made for a nice change of pace and he's way more charismatic than the usual 'silent, half-naked, giant woman' final bosses.

Personally I wasn't keen on Red Requiem, but it's been years since I saw it so maybe I'd think differently if I saw it again. I get the impression that the general rule with that film is that people who had already seen the first series didn't like it so much but people who had never seen Garo before did enjoy it. It was meant to be a jumping on point before the second season because at that point there had been no Garo for three years.

Honestly, Jinga get more spotlight than Ryouga in this movie. You are absolutely right about this movie serve as warm up for Jinga TV show but really didn't look like end for Ryouga adventure at all. That activity mentioned by Haruna and Daigo can be bait to make another Ryouga series or movie. He still have long way to be proper Garo after all. Ryouga even admit himself as weakest Garo in history, can't pass his training and still no Gouten yet.
You must log in or register to reply here.