Which is your favorite music decade?
I preffer the 70s, 80s and 90s of the 20th century, because most of my favorite artists and bands were active in these decades. I think that the people that have the same taste in music have earned the most in this decades.
G

I have to say that everyone's preference would be different because of nostalgic reasons. I'm no different. I like the 90's and early 2000's. Where group bands reigned supreme and the songs were happy and just made you want to join in on the party. (Anyone remember He loves me, he loves you not?)

Most of the music that I listen to falls into the post-punk, new wave, avant-garde, and/or (electro-)industrial genres and moreover either tends to span from the mid-seventies to the mid-nineties or is more recent but is in a revival camp beholden to those genres and that era of time. As such, I suppose that would make the eighties my absolute favourite musical decade! (In fact of something of a late-seventies-to-mid-nineties-phile in general, with retro tastes in general!)

Some of my absolute favourite musical acts include: Joy Division and New Order, Skinny Puppy and its members' various other related projects like Download and ohGr, Bauhaus and Peter Murphy's solo work, Coil, Siouxsie and The Banshees, Depeche Mode, The Cure, Ministry, Soft Cell, Nine Inch Nails, Kraftwerk, J.G. Thirlwell, SWANS, David Bowie, Ladytron, Interpol, Meat Beat Manifesto, Nick Cave and The Bad Seeds, The Legendary Pink Dots, Stars of the Lid, Autechre, Aphex Twin, Massive Attack, Boards of Canada, Leonard Cohen, Pink Floyd, Death From Above 1979, Echo and The Bunnymen, Goblin, Godspeed! You Black Emperor, and most other music that is in similar vein to those choice examples. 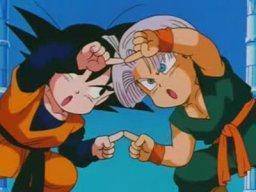 Overall, I think I'd have to say the 70s. There was just so much going on during that decade; the birth of metal, the rise of punk, the rise of progressive rock, the very beginnings of electronica, the utter domination of funk/ disco (and the subsequent backlash)... the 70s were just PACKED with awesome, diverse music.

jurew2 said:
Which is your favorite music decade?
I preffer the 70s, 80s and 90s of the 20th century, because most of my favorite artists and bands were active in these decades. I think that the people that have the same taste in music have earned the most in this decades.
Click to expand...

The late 80's and the early to mid 90's. I loved how hip-hop evolved during that time. It was so much talent out. It was good times back then for sure.
M

aboleth_lich New order and Joy Division are my favourite bands too!
My favourite decade has to be the 80s. There were just so many great bands around then. Other favourites include The Smiths, A Certain Ratio, Talk Talk, Tears for Fears and Human League.

jurew2 said:
Which is your favorite music decade?
I preffer the 70s, 80s and 90s of the 20th century, because most of my favorite artists and bands were active in these decades. I think that the people that have the same taste in music have earned the most in this decades.
Click to expand...

I cant settle on just one decade, the ones you mentioned really float my musical boat. 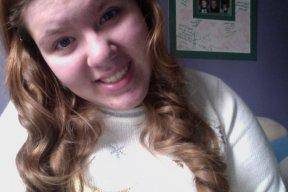 Oh gosh, this might be the hardest question anyone could ever ask me! I love every decade for their music for completely different reasons, but I think I'm gonna have to go with the 70's because of the amount of incredibly amazing classic rock music that was relseased during that time. Though at the same time you had the Beatles in the 60's who are one of my all time favorite bands, the amazing disco and rock from the 80's, and you gotta love 90's rap and grunge! UGH so hard! Plus I'm a sucker for the 2000's jams!

I pretty much like anything from the 70s. I liked the clothes, interior decorating, cars, you name it. Of course, the music was top notch. Of course, the 50s and 60s also had good music, but for some reason, I can relate more to the 70s. Note, I didn't feel the 80s matched the 70s, and while the 90s were better it was still inferior.

Oddly enough, some people have a negative view of the seventies and see the fashion and culture as being goofy and too hippy, and of course, they hate disco. Finally, they really hate the hair, and I haven't seen a real comeback of the big hair thing though such hair made a mild comeback around the time between 2006 and 2013.

Anyhow, do you guys think the seventies was too androgynous?

I think the best music decade is from 60's to 90's. But my personal favorites are from 80's and 90's. I can't compare the music those days to any generations and I believe that we have real artists those times. I wonder where they have gone and what happened to the music scene today
You must log in or register to reply here.
Share:
Facebook Twitter Reddit Pinterest Tumblr WhatsApp Email Link