English subtitles available​
You thought Toei were done with '10 Years After' films, but no! The Go-Ongers are back and they're coming to DVD and Blu-Ray on September 26th. All seven rangers are confirmed as returning. The special is being written by Sho Aikawa, who was a secondary writer on the series, and directed by Katsuya Watanabe, who was it's main director. 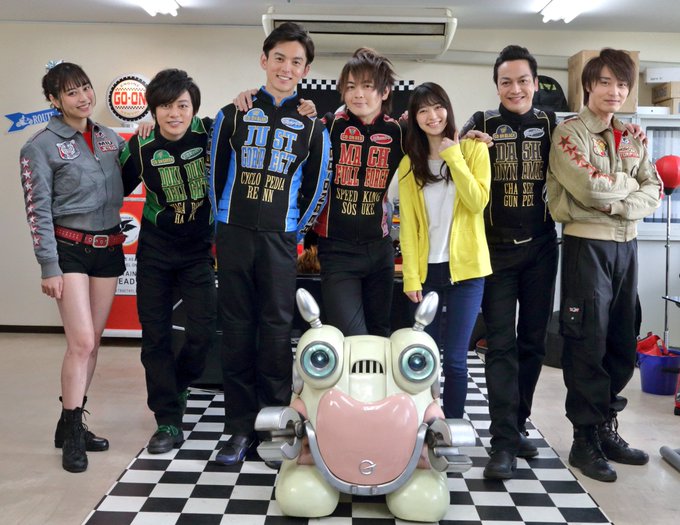 Guess who forgot their jacket...
​
EDIT: In further news, Go-Onger's series will be getting released on Blu-Ray for the first time. It will come out in three sets on August 8th, October 3rd and December 5th. The sets will contain extras in addition to the episodes, but exactly what those extras are has not been revealed yet.
Last edited: Mar 16, 2018

Why didn't they do one for Gekiranger? WTF Toei?!

Dr Kain said:
Why didn't they do one for Gekiranger? WTF Toei?!
Click to expand...

Geki Yellow's actress retired from acting a couple of years after the series ended, Blue's actor retired last year, and just a few days ago Violet's actor announced that he's retiring too. So they can't reunite even the core "triangle" nevermind the full team. Not to mention Master Shafu's voice actor passing away.

Not sure how this would effect anything though since he was just a voice.

However, I had no idea Geki Yellow stopped acting. As for Blue, couldn't they have just gotten his brother to play him?
R

Dr Kain said:
As for Blue, couldn't they have just gotten his brother to play him?
Click to expand...

He's retired from acting too. Plus, it just wouldn't be the same.

It seems like Toei will only make 10 Years After special of teams that are willing to do so. Dekaranger's cast is so close and I'm amazed they'd agree to make so many movies (another one is coming in the summer). It's not easy to invite a large cast to return to film a one off movie. I'm glad the Go-onger gang is back!!! Get Hyped! Go-onger was when I first started watching Sentai episodes as they're posted online on a weekly basis. Back in the Veoh Days! It's also nostalgic for me because I went to Japan back in 2008, and brought a DX Shift Changer there!! Can't wait to see it!

Go-on Blue and Go-on Red look so different. Everybody else is about the same .

Didn't see this one coming. Heh.
After they skipped Boukenger and Gekiranger, I thought Toei was done with it.
It's interesting that it's not 10 YEARS "AFTER", like Hurricanger and Dekaranger, but 10th anniversary (2008) of the series.

I'm curious how many more 10 YEARS special Toei are going to make.
Shinkenger (2009) and Goseiger (2010) are out of question, since actors are too busy (Tori Matsuzaka (Takeru/Shinken Red)) or retired (Rika Sato (Eri/Gosei Pink)).
Gokaiger (2011) would be possible in 2021 or 2022, since they had crossover with Zyuohger (maybe they can release more Ranger Keys (Zyuohger and beyond) by then. lol).

Well all right! Way to go, Toei! I actually would like to see what happened after the Go-Onger series finale. Has it really been 10 years all ready? Feels like just yesterday...
Maybe now I'll have a reason to get those Go-Anon fansubs. I always liked the show, but I was in the middle of switching from TV-Nihon to better groups, and there was not enough incentive to go back and revisit older shows.

Some new images have been released. It seems the ministers are back (and somehow alive again) and a familiar face from Rider is jumping over to Sentai. 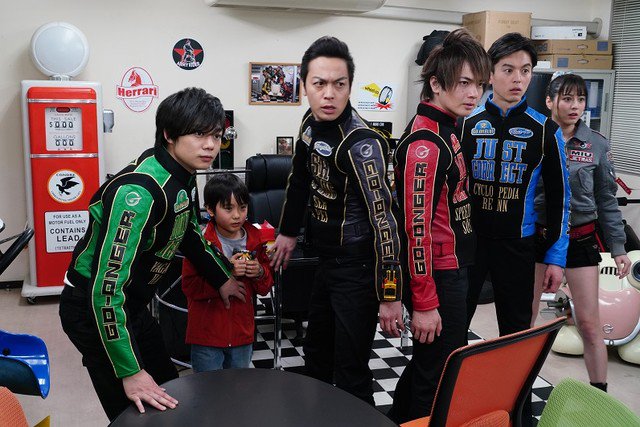 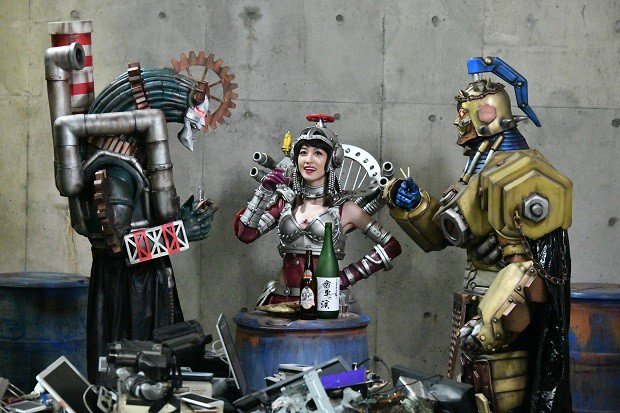 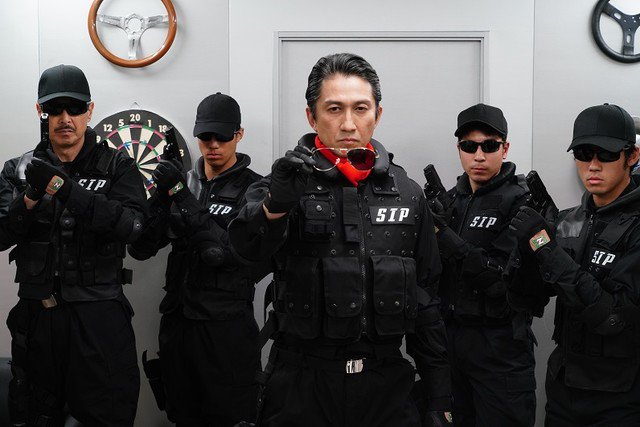 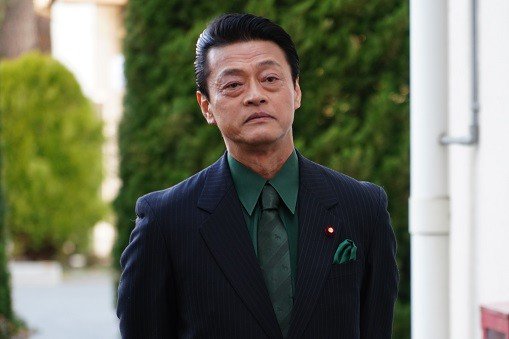 Details of the plot have been released.

It's been 10 years since the events of the Go-Onger TV series. A man called Noizumi is the Minister of Defense and has somehow created an 'Isolation Barrier' separating Human World from all others. This prevents any more attacks from the other worlds but also cuts the Go-Ongers off from their Engine partners and prevents them from assisting any other worlds. The Sentai Activity Ban has been passed into law and enforced by special police, forcing the Go-Ongers into hiding, with the exception of Saki (Go-On Yellow) who joins the government as a public relations officer.

Suddenly new events force the former heroes back into action. A young boy called Souji is being chased by the special police as he appears to have the Engine Cast of Bear-RV. Three villains called the Eleki Clan appear. It's up to the Go-Ongers to try and help Souji and save the world once again! But with a member missing they are forced to bring in a substitute to act as yellow ranger - former Water Pollution Minister Kegalesia?! 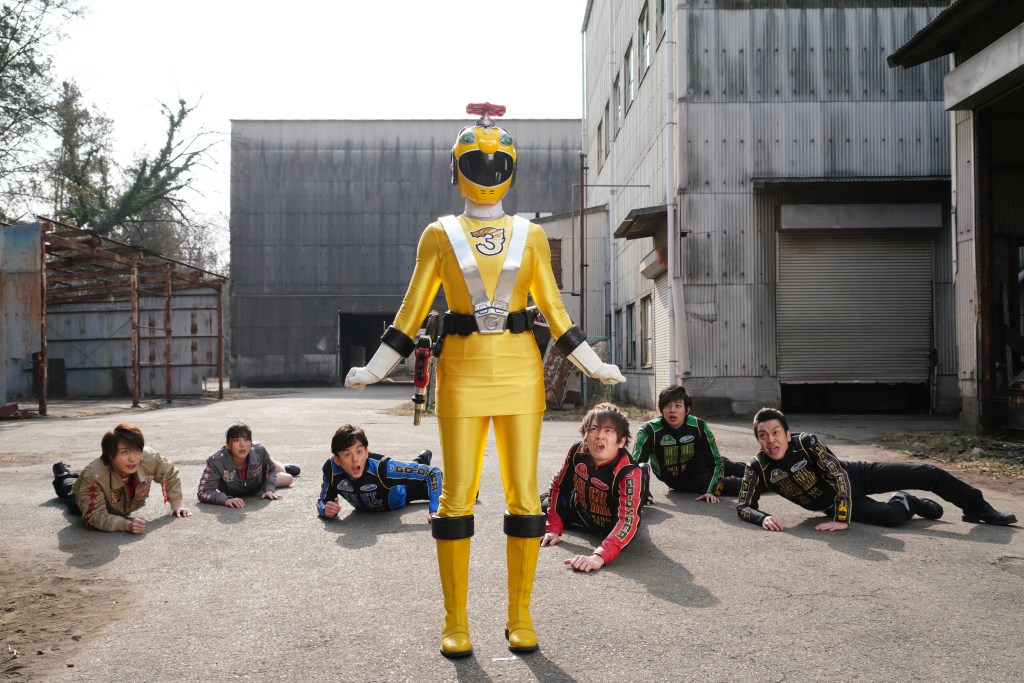 Back from the dead
Still got a valve on her head 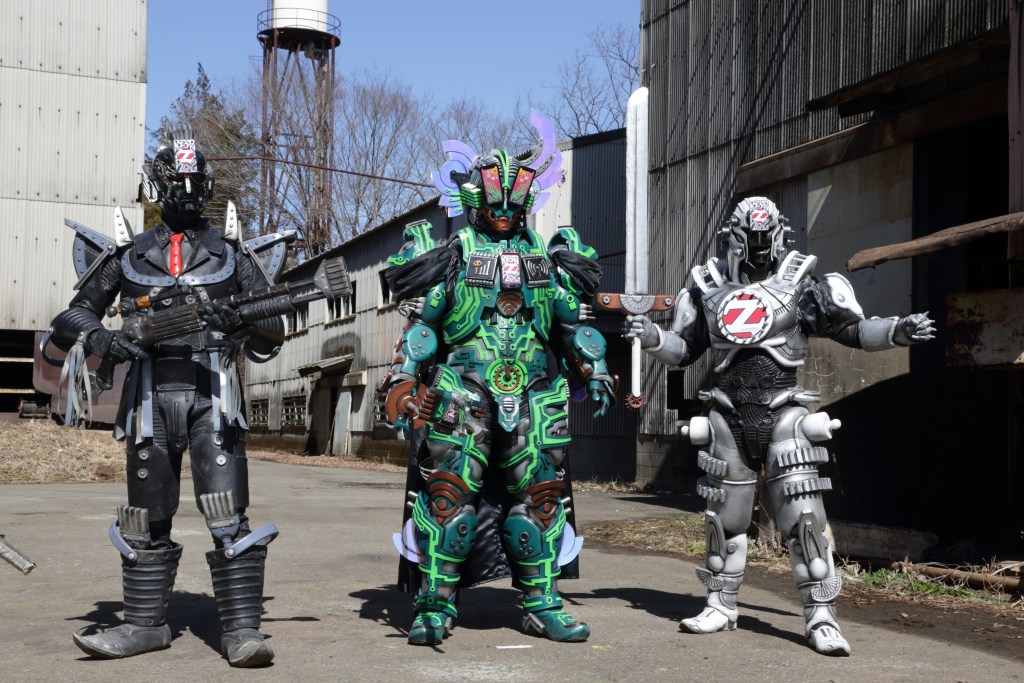 The Eleki Clan:
Gireizky, Noizoon, and Zontark
​
In addition to the cast of Go-Onger, 10 Years Grand Prix will feature Satoshi Jinbo (who formerly played Alternative Zero in Ryuki and a teacher in Fourze) as Minister of Defense Noizumi, and Yu Kamio (Dr Maki from OOO, Captain Kamiki from Ultraman X, Tachibana from Amazons) as Torao Kurei, the leader of the special police.

Rai Takahashi, who played Emu in flashbacks to his childhood during Ex-Aid, will have a "key role" (I'm guessing as Souji?).
M