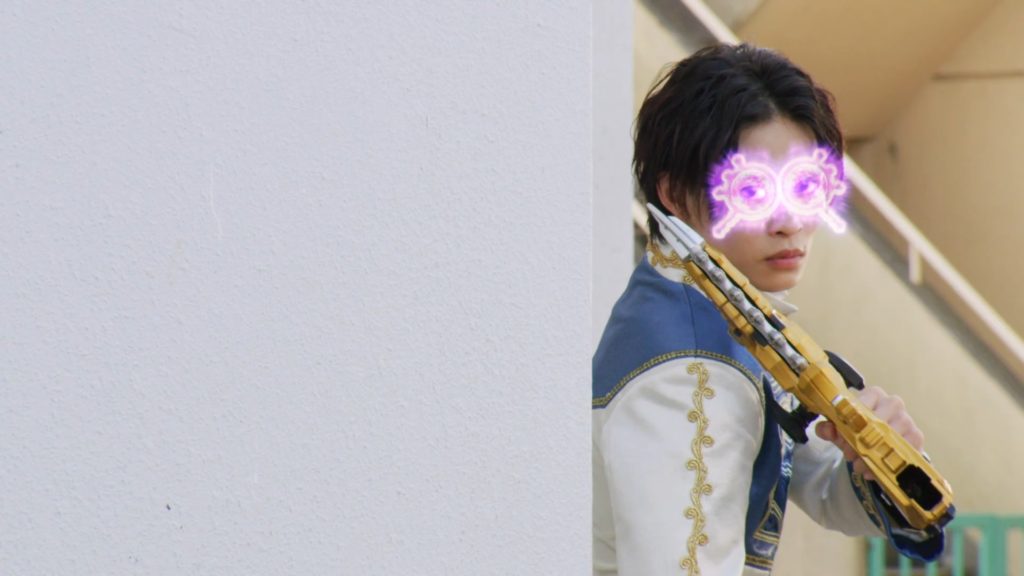 Welcome to the discussion thread for Dinoknight Sentai Ryusoulger, episode 29; "Canalo's Marriage".
(Show's title and episode title translation may vary depending on your fansub group of choice.)
This week: Canalo meets a woman named Yui and chooses to get married to her on the spot, causing the other Ryusoulgers to believe he's leaving them, just as they're forced to deal with a Minosaur throwing poisonous garbage all over the place.

I love that Yui is played by the actress who previously played Akiko in Kamen Rider W, and in the very first scene she just casually has a green slipper in her hand.

Curse your sudden but inevitable betrayal! ... Seriously, that's all I can think of after seeing this episode.
Also, my head canon after this is Nada is being mentally controlled by the Gaisorg armor.


Toku Prime said:
I love that Yui is played by the actress who previously played Akiko in Kamen Rider W, and in the very first scene she just casually has a green slipper in her hand.
Click to expand...

I caught that! Also that conversation of how her father was a cop and would come home beat up, often making her mother worried? Change "cop" to detective, and it totally works as a story detail for Akiko's father Sokichi/Skull. Of course, this can't be Akiko. If it were, that would mean she left her husband and let him keep the kid...
Last edited: Oct 20, 2019
You must log in or register to reply here.