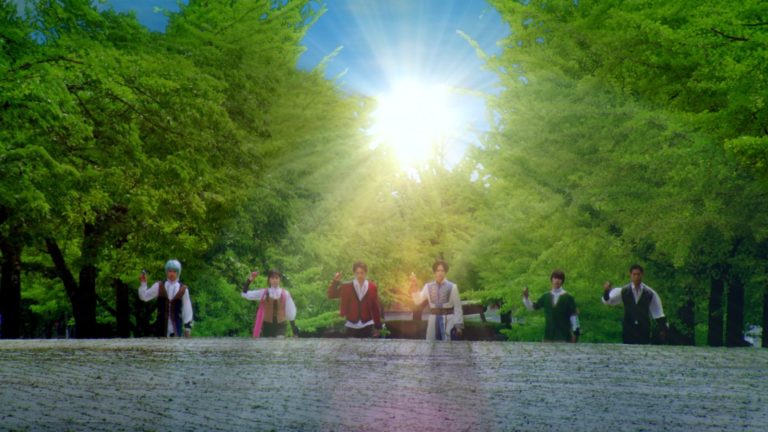 Five soldiers with pink cheeks rev' up to the wind of a green tomorrow!

Welcome to the discussion thread for Dinoknight Sentai Ryusoulger, episode 22; "The Life of the Dead!?".
(Show's title and episode title translation may vary depending on your fansub group of choice.)
This week: In a shocking turn of events, it's revealed that a Minosaur born from Master Pink is responsible for the resurrections. Armed with this knowledge, Koh leaves to face the Minosaur while the other Ryusoulgers confront the revived Tankjoh.

Back at it again with some Ryusoulger love!

And with that out of the way, allow me to be the first to share my thoughts. Did someone say that there was a lack of emotion in the previous episode? Because I think this one made up for it!

Gotta say, if the Minosaur only used the souls of the Druidon grunts to bring back the dead, I doubt anyone would care that much. Well, at least until it starts bringing back dead MOTW's and Druidon generals… Speaking of, I am a little disappointed we didn’t get to see more villains revived since that's what I wanted to see the most, but I guess they didn’t want to end this two-parter with a boss rush.
You must log in or register to reply here.
Share:
Facebook Twitter Reddit Pinterest Tumblr WhatsApp Email Link