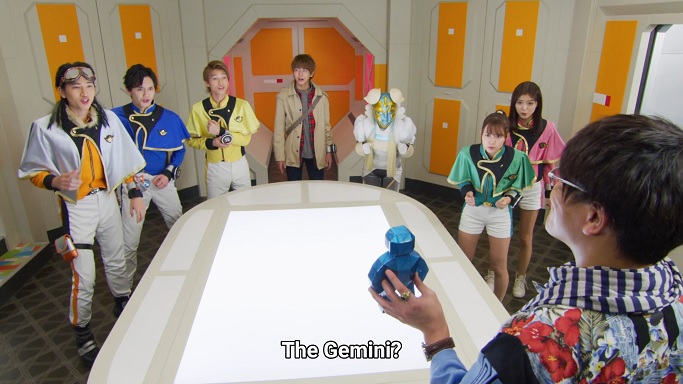 It's OK guys, most of the audience had completely forgotten about that too.
​
This week: Juuru gets some friends, the MotW has the ability to mimic the appearance of other people, Gemini is used to skive off work, the show uses a band-aid on a finger to try and misdirect the audience, it's not often you see a train being twirled by a mech, and the disappearing house at the end brings into question who was being deceived and by how much.
D

Something felt off about this episode to me. I'm not sure why. I mean, the manga dude just randomly out of the blue started to act weird even though we never actually saw the MotW do anything to him.

On the other hand, I did love how it had this nice bait and switch where I was expecting something to be done with his ability to take the form of the rangers only for it not to be utilized so he could do his thing poisoning the manga guy. The way the Kiramagers were acting all suspicious of each other made me think of The Thing, especially when it all turned out to be for naught.
You must log in or register to reply here.