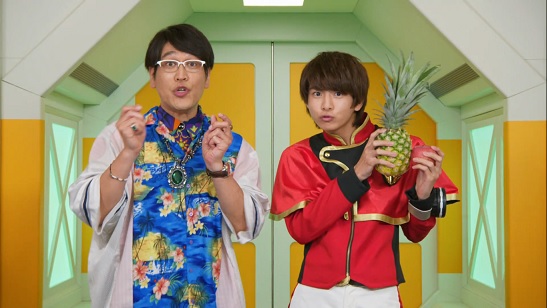 UH! Pen-Pineapple-Apple_Pen!
​
This week: "30 years of misunderstanding, and the unrequited feelings behind them..." and to the surprise of no-one, this was indeed written by someone called Inoue. Not the infamous Toshiki Inoue but the unrelated (as far as I can tell) Tete Inoue. I guess it just comes with the name. Also, Tete is a girl's name, and there's lots of rather unkind comments about middle aged women being marshmallowey, so I guess she's dealing with some concerns here?

Anyway, an encounter with a marshmallow themed monster reminds Takamichi of a girl he knew in high school, and Sena resolves to force him to make things right between them. Then an end credit skit referencing the most famous previous role of Muryo's actor.
You must log in or register to reply here.