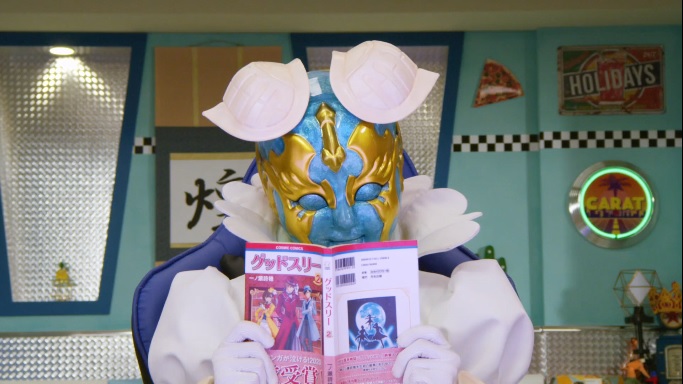 This Bandai executive is about the read LuPat's sales figures...
Jokes aside, hey that's the manga that Lupin Yellow's friend was trying to get published! References!
​
This week: The rugby monster really feels like an old school Goranger villain (possibly intentionally if they're calling them "Marrsks", after Goranger's "Mask" monsters), massive props to green's actress for having to spend a lot of time outside in winter wearing just running gear, it won't occur to anyone that they've just invented a Sentai army-builder will it?, the giant monsters are insurance policies (?) but its cool that we get a second MotW and they look more grotesque than Sentai monsters have for a long time, and it's very nice of that monster to make it dark for the introduction of the mecha combination that has loads of glowing lights.
You must log in or register to reply here.