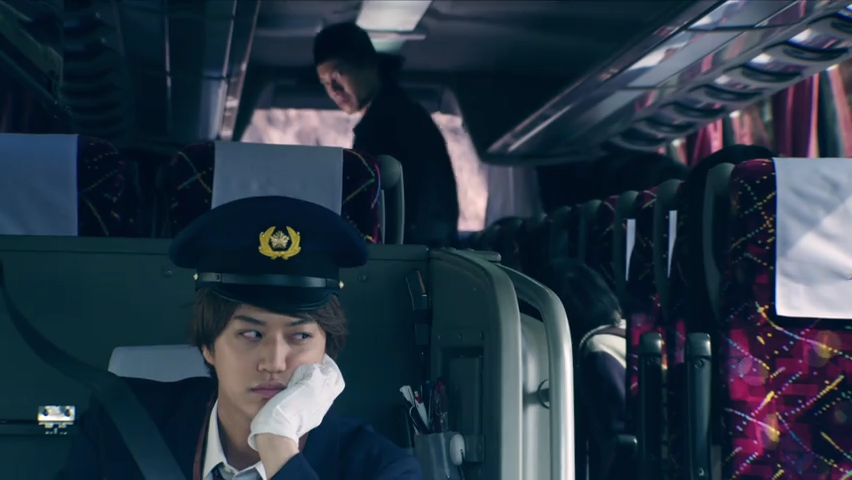 Forget the short bus, who rides the pink bus?

Welcome to the discussion thread for Kamen Rider Zi-O, episode 27; "Where It All Began 2009".
(Episode title's translation may vary depending on your fansub group of choice.)
This week: Geiz reaffirms his intention to stop Sougo from becoming Oma Zi-O, but Black Woz allies himself with Heure to intervene in the fight between the two Kamen Riders.

In for a penny, out with a pound.

To start, this episode explained some things from the last one. Seems my assumption was pretty close. Geiz really did think Tsukuyomi made the ultimate sacrifice to defeat Sougo (and Geiz forgot that the Faizphone X might not be capable of killing people). Ashamed that his comrade was willing to make a sacrifice he couldn't in order to complete a mission, Geiz is now driven make it up to her, which has given him the will to kill Zi-O once and for all. And either Geiz really is dumb enough to forget that he can time travel and prevent Tsukuyomi from boarding that bus, or he's waiting til after he defeats Zi-O so he can save Tsukuyomi and give her the good news all at once.

Beyond that, this episode is really dragging things out. Looks like another 4-parter after all. It's cool to see Black Woz transform into Kamen Rider Woz, but I wish the color scheme of the Rider suit was changed to match Black Woz. And it's a small touch, but I love how he stumbles around a little when he starts to attack Geiz. It shows that's not quite use to wielding the power of a Kamen Rider and might have a tough time fighting Geiz back after all. Honestly, this was a power trip for Geiz. He use to be helpless against the power of others, now nothing can hold him back!

Speaking of Geiz, I really like the duality between Zi-O II and Geiz Revive. Sougo basically created Kikai, so his powers are manipulating time creatively. Geiz's power seems to only benefit his combat ability, meaning he's manipulating time destructively. And each of these time manipulation powers have their faults. Sougo can't control his time manipulation abilities while conscious, and Geiz's powers are damaging him physically. (And this is a minor thing, but I love how they squeezed in a little moral for the kids. Be honest about your feelings; don't pretend things are okay when they're not! It explains why Sougo might have turned evil in the future, but also works as a general life lesson.)

But the major highlight of this episode was getting see a little more into young Sougo's childhood past. Who else remembers that reocurring dream Sougo had? Looks like Shwarz was the one who implanted kingly aspirations in him. ... Wait, does this mean we're stuck in a causality loop? I really hope not! That would be so dumb!
You must log in or register to reply here.
Share:
Facebook Twitter Reddit Pinterest Tumblr WhatsApp Email Link