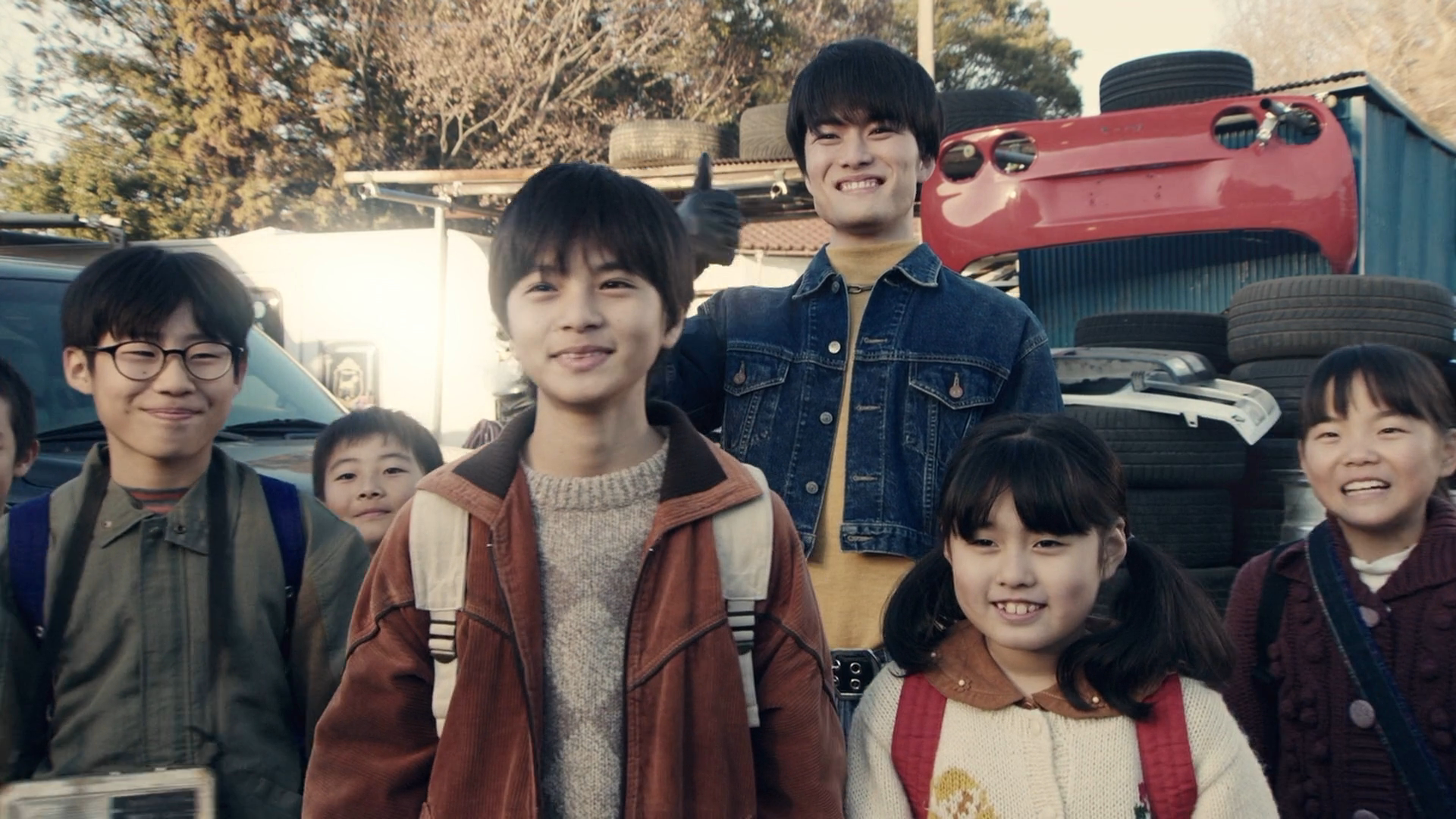 Welcome to the discussion thread for Kamen Rider Zi-O, episode 24; "Best Friend 2121".
(Episode title's translation may vary depending on your fansub group of choice.)
This week: Sougo fights the brainwashed Kamen Rider Kikai, while one of the Time Jackers approach Geiz and the others with a proposal to help defeat Another Kikai.

Time for my thought.

The episode was pretty good. Had an unexpected team up with a rather expected betrayal. And I love how Zi-O II's powers come with the ability to get a redo. I also really didn't like the power of the Kikai Watch. So can it control construction workers only, or people in general? Because I do not get a good feeling about that watch. I can see it being used for villainous intent (and I thought Woz's Kikai finisher was kind of lame).

But the real meat of the episode came from the final moments. It looks like maybe Zi-O/Sougo went evil in the future because he didn't have any friends. And while that may seem lame to some, it kind of makes sense to me. If he closed his heart to the world, gained the power of a Kamen Rider, and later saw his grandfather and only family die; he might have decided power was the only thing that mattered. Thus, Oma Zi-O. It looked like that was the same revelation Tsukuyomi was making too, until she made the realization that Zi-O might be manipulating time with his will power. Geiz has been given the power to become Geiz Revive, and the watch for Another Zi-O has been revealed... This is going to make for some juicy story in the episodes to follow!

Good point! The show basically says that Sougo's toy robot will one day grow up into a real robot, the one that transforms into Kamen Rider Kikai. It's a little weird and confusing, but I think I understand what's going on. The timelines are in flux; different versions of the future are competing with each other. Sougo could become the evil Oma, Geiz could the savior, or maybe a completely different future could be created. If the flow of time is becoming unstable, then anything is possible, even something as silly as a toy robot growing up to become a Kamen Rider.

White Woz said it himself. He summoned Shinobi and Quiz, but he didn't summon Kikai. Geiz isn't ready to fully trust White Woz yet, and this is a good reason. White Woz needed the 3 future Ride Watches, but he never would have got the 3rd without Zi-O's help. In the Ryuki arc, he was also willing to kill an innocent human to defeat Another Ryuga. Which means White Woz is up to something suspicious, and Geiz is right to be suspicious.

I am glad Shinobi is getting a bonus special dedicated to him, but I wish we could get one for Quiz and especially Kikai. There was so much more room for their personal journeys as Kamen Riders.
You must log in or register to reply here.
Share:
Facebook Twitter Reddit Pinterest Tumblr WhatsApp Email Link