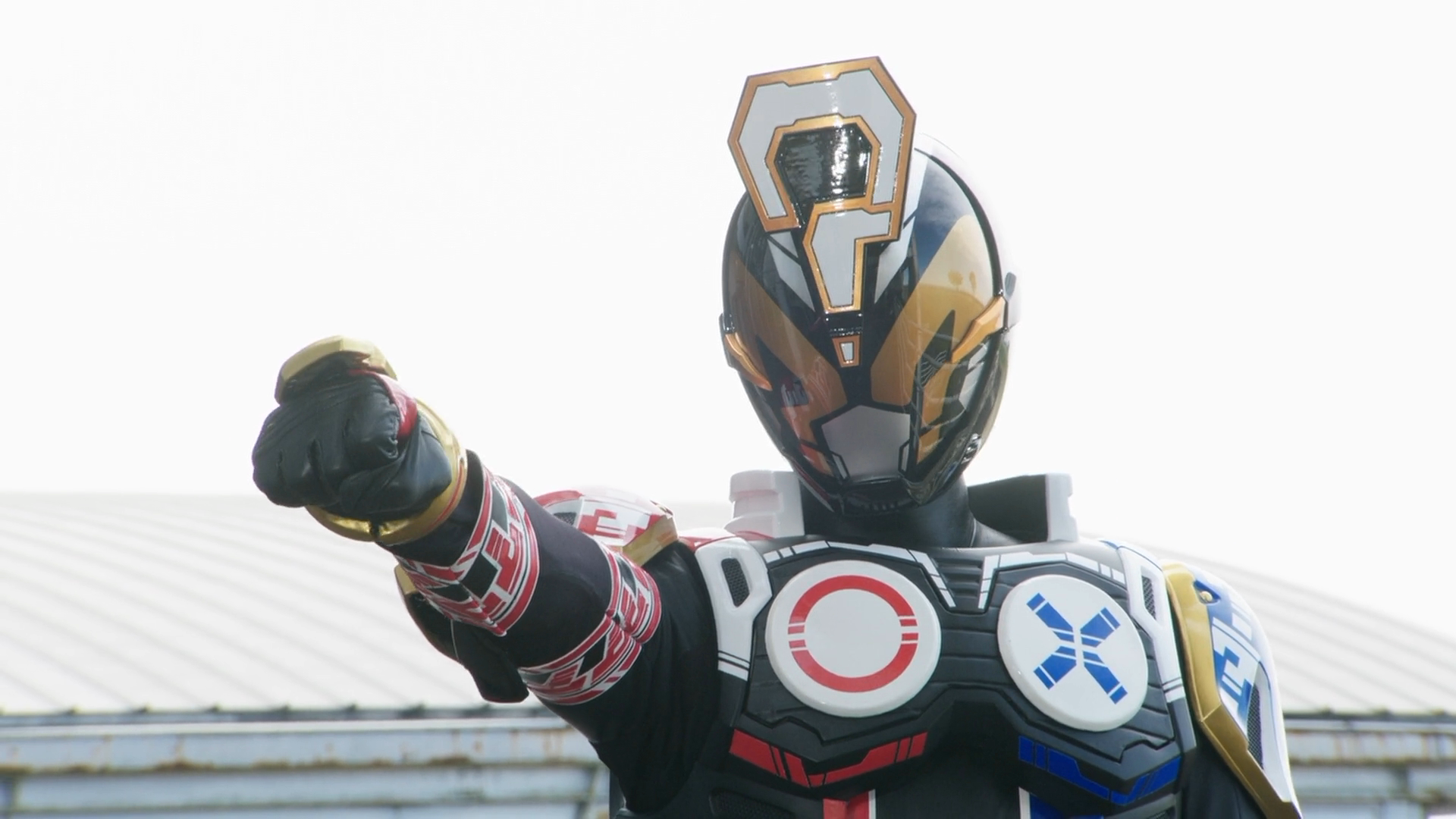 What's black, white, and red all over? Geiz!

Welcome to the discussion thread for Kamen Rider Zi-O, episode 19; "The Quiz Shock 2040".
(Episode title's translation may vary depending on your fansub group of choice.)
This week: From the alternate timeline, another Kamen Rider from the future, Kamen Rider Quiz appears, and Sougo and Geiz must team up with him to defeat a new Another Rider. But Sougo and Geiz are by respectively confronted by Woz and White Woz, each of them wanting the Kamen Rider he supports to strip the other of his power.

Quiz costume and ability isn't as fun as Shinobi. It have not any limitation, ask any question and stun enemies. A bit disappointed because there is not anything major happen to the plot.

I loved the new opening. Feels like the narrative is giving it a bit more oomf.

Other then that, the story is pretty slow right now. They're clearly saving most of the story for the next episode. But I like how Zi-O and Geiz are now in a race against each other, and both of them seem to have their hesitations. They had a goal in mind, but they didn't think it'd play out this way. Now we have a would-be king that doesn't want a desolate future, and man who wants to save the future but not for the glory or the title of "savior". It's like their is an internal struggle between their ambitions and the future they want to create/want to avoid.