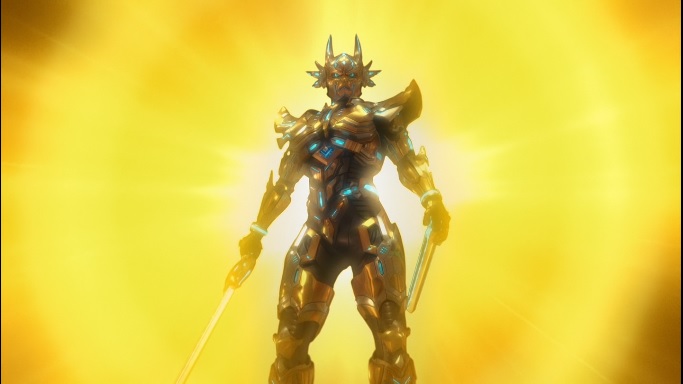 ​
'GARO: Versus Road' is the 9th live-action Garo series, being released to celebrate the 15th anniversary of the franchise.

Two mysterious people wish to fill the Garo armour with negative karma. As such (and because the producers have noticed that Isekai are really popular) they create a special game.
Headsets mysteriously appear in the homes of 100 people which transport them into the game world. There are multiple rounds designed to whittle them down to just one winner, whose prize is to inherit the Garo armour and have any one wish they like granted to them (someone's seen Ryuki!).
Of course, if you die in the game then you die in reality. If you choose not to participate any further, you die in reality. So the 100 players have no choice but to battle to become the winner. Of course, the players chosen seem to be a pretty even mix of vicious psychopaths and terrified cannon fodder.

Oh, and the actors who played Mitsuki (the 1st Akiba Blue) in Akibranger and Tsurugi (Phoenix Soldier) in Kyuranger have roles in this. The former is a main character while the latter is a smaller supporting role.

​
So Garo series are normally completely filmed many months before broadcast begins, which means this will likely be the only ongoing toku not to be disrupted by the current pandemic. Let me know if you've been watching and what you think of the series so far.
Last edited: Jun 29, 2020
You must log in or register to reply here.