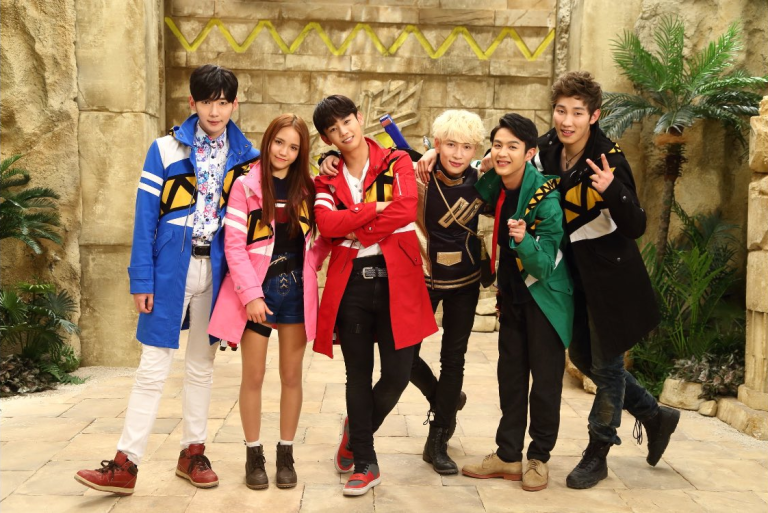 Not pictured: Torin, Candelira, Luckyuro and a CERTAIN NARRATOR!​
So a Sentai series has been granted a sequel, albeit a short one. It appears both the Korean version and the Japanese dub are getting subbed. Is anybody else checking this out? Or are none of you BRAVE enough? :laugh:

Also if there are any mods left and they feel it should be in the Power Chamber as it stars Korean actors then I totally get it. I put it here because Toei are involved and consider it an official sequel to Kyoryuger.
Last edited: May 1, 2017

I've watched the first 3 eps subbed from TV-N and like it. It's a little silly and very short, but fun. I might be biased in its favour though since I didn't like Kyoryuger.

There are a few gripes I have: the "Red and Gold are secretly brothers" plot is really hackneyed, Blue is basically just like Ian except he's an actual idol, and ostensibly it retcons Kyoryuger 100 Years Later (in which Candelira and Luckyuro were alive, but in this they are spirits, meaning they died at some point shortly after Kyoryuger.) But, yeah, I generally find it quite enjoyable

I did like Kyoryuger but this seems far enough removed that it doesn't really bug me. I was surprised that I preferred the Korean language version over the Japanese one. The latter may have some original voices from the original but there's something about it that just doesn't click with me.

And yes, the gold as secret brother story feels a bit stale but I guess it's simple enough to fit in half-length episodes?
Last edited: May 1, 2017
You must log in or register to reply here.

Exoprimal: Not Dino Crisis but hey we have a Ginger lady…