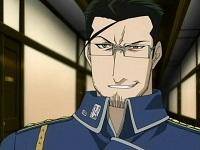 I won't say anime didn't influence this decision for me. Obviously, it did. However, after listening to a numerous amount of pop and rock bands that do opening songs, I've tailored down my list over time to certain groups.

Ajikan, or Asian Kung Fu Generation for long as they're known to non-fans have been doing songs for openings for awhile. From their iconic song "Rewrite" (Original Fullmetal Alchemist series, opening five? I think) to their openings for Bleach (After Dark is my favorite!) and Naruto (Haruka Kanata, I think) they've also done beautiful full albums of work. My favorite album by them is "Sol-fa"

This is my favorite song by Ajikan:


(Kimi to Iu Hana for those interested who can't watch it)

Another Jrock band I like is Bump of Chicken (Yes, that's the band name) for their unique vocals and Hyde from L-Arc-En-Ciel because he's been around since time immemorial doing anime openings and I've heard him do a bunch. This is a couple of my favorites from them:


Hell yeah, GTO. He was one badass teacher.

Bump of chicken: (The same ones who did the Tales of the Abyss opening both video game and anime) -