​
This had already come up in the Ryusoulger discussion, but it's now official so I figured it deserved it's own thread too.

So for those who hadn't heard, the last episode of Lupinranger vs Patranger will air on February 10th. However, Ryusoulger will not begin until March 17th. This leaves four Sundays in between, which will be filled by this new mini-series which is being created to mark the end of the Heisei era (and totally not so that Ryusoulger will debut a month later against different TV/toy competitors, no siree).

The mini-series will be written by veteran toku scribe Naruhisa Arakawa (Kuuga, Abaranger, Dekaranger, Gokaiger, Akibaranger) and directed by the man who badly needs to take a cold shower, Koichi Sakamoto.

The story begins when a mysterious girl named Rita gathers heroes from Super Sentai teams to the planet Nemesis. The heroes are told that any wish they desire will come true if they can win the “Super Sentai Greatest Battle” tournament. 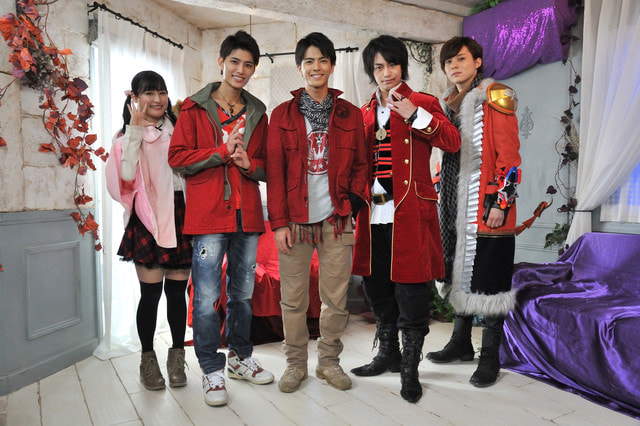 The fact that the main cast is nothing but newbies is just lame. Why not feature characters that haven't shown up since their own shows like Kazu, Jiraiya, Kou, Dan, Boi, Ako, Raita, Chiharu, Hayate, Yuri, Sion, etc?

Instead, they give us some of the lamest of the lame. Hell, what the hell is ToQ Pink doing there when the rest are red rangers?
R

Dr Kain said:
Hell, what the hell is ToQ Pink doing there when the rest are red rangers?
Click to expand...

Uh, you do know Stinger is an orange ranger, right?

RiderKing said:
Uh, you do know Stinger is an orange ranger, right?
Click to expand...

lmao I totally forgot that was Stinger. I was thinking it was Phoenix Soldier.

Nevertheless, too many new kids on the block.

This seems a bit random and out of place. It's not an anniversary year, so why have a Legend Sentai miniseries? Maybe the Ryuusoulger production had issues and needed to push back to March?

Anyway, it would of been nice if the team was just all Red Rangers. I mean they already had three, they couldn't get back two more Reds? It's weird to see 3 Reds, 1 Orange and 1 Pink. I almost didn't realize Stinger was back at first, he just blends in with the Red guys. Why didn't they go with the standard colors?

They could of done some Forever Red team. This might even be a good time to bring back Aka Red. We haven't since him in awhile.

raden238 said:
This seems a bit random and out of place. It's not an anniversary year, so why have a Legend Sentai miniseries? Maybe the Ryuusoulger production had issues and needed to push back to March?
Click to expand...

Officially it exists to celebrate the ending of the Heisei era.

A lot of LuPat merchandise has referred to them as the 43rd and 44th Sentai teams. By this logic, Ryusoulger is the 45th team, which I guess is something of a milestone.

Some rather credible sources suggest that Ryusoulger has to perform at least as well as ToQger did in order to prove that the franchise still has legs. The first quarter of a season tends to be both the most important in terms of toy sales and also usually where some of the highest ratings occur. Apparently pushing Ryusoulger back a month means there will be less competition so it has the best possible chance of achieving it's required goals. So this exists purely to fill the time slot for four weeks.

lol @ having to perform as well as ToQGer.

Oh boy! Anyone else reminded of that "Super Sentai Versus Series Theater" special with the Goseigers? I'm getting them flashbacks!

​
...Nevermind. I'm getting a headache. Someone bring me a dumpster.

Why all the Reds and one Pink and Orange? This is just dumb on a visual basis alone. If Stinger is going to be there, why not homage Battle Fever J and throw in a Black and a Blue? Maybe Aoninger or ZyuohShark, and KyoryuBlack (or GoseiBlack or BoukenBlack). Even Zyuoh TheWorld could substitute for a "black".

Or, if we're only going from 2014 onward (don't know why you would unless this is a rush job and you wanted the most available and cheapest actors extant) then how about GokaiRed, Toq 5, Aoninger, ZyuohElephant and SasoriOrange?

Suposedly Toei fired the actor for ZyuohElephant because he almost accidentally ran someone over. I have no idea if that is true, nor why he would get fired for almost hitting someone, but what's what I heard.

It was his acting agency that fired him. It was actually a hit and run (though he supposedly returned later) so that made it a lot worse.

Dr Kain said:
lol @ having to perform as well as ToQGer.
Click to expand...

I mean, you laugh, but that is literally the last time Sentai's had a hit.

Well we're only three weeks away, so it's time for a teaser trailer:

There's a brief glimpse of the black and green Ryusoulgers in motion, the first ever solo appearance of Hyper ToQ #5 (previously she had to share the power-up with ToQ #3), the first TV appearance of Gokai Red Gold Mode (previously only seen in a straight to DVD special)....but ZyuOh Eagle isn't seen using any of his numerous power-up forms?

They've also announced that Rita will be played by idol Nana Asakawa. 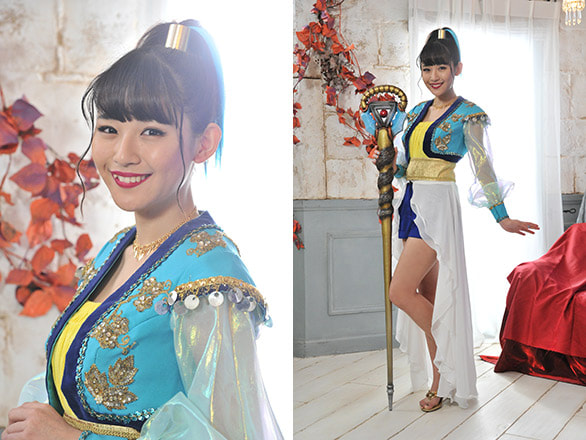 I'm with you, why so many form Red Senshi?

Don't tell me it's that hard to get some of the other actors that aren't a previous Red Senshi?

The following characters have been announced as also appearing in this special in some capacity:

...and the following characters will be making in-suit only appearances, but will nevertheless be voiced by the actors that originally portrayed them:

Such bullshit that the good rangers get relegated to lame ass voice only cameos. Toei, you can go **** yourselves!!

So yeah Gao Red, Go-On Red, Gokai Red, Akaninger and Zyuoh Eagle are returning? That Forever Red team-up could still be on the table . It's pretty cool that Toei managed to get back all these alumni for this 4 week special. I was really getting a one and done filler feel with this show but Toei is at least making an effort. Hopefully the show is good.
M

Are we going to get American rangers in this 4 episodes Sentai mini-series? Is 'Rita' going to be revealed as Rita Replusa from the 2017 movie? I guess we Americans want to know.

I am surprised with Kagura vs Doggie. I think I never see those slash attack before.

What is Denkouken Kanazakibari? Are she imitating other ranger attack or is she really have her own finishing attack before? What I remember from Toqger series is, Kagura only attack with burst-hit combination is "Strong Girl" mode. Other attack was default Toqger attack and some silly attack. She never actually have cool serious attack like that before. I thought she would use Hyper Ressha like what she did in opening sing.

mbozzo said:
Are we going to get American rangers in this 4 episodes Sentai mini-series? Is 'Rita' going to be revealed as Rita Replusa from the 2017 movie? I guess we Americans want to know.
Click to expand...

*Sigh* Forgive me if what I'm about to say sounds harsh, but you're not the first person to ask this, so I think it's time to spell it out...

No.
In 10 years, that has never happened. In 20 years, that has never happened. In all of Power Rangers history and Super Sentai history, there has never been a crossover where Super Sentai meets their American counterparts in any way, and it is highly unlikely that it will EVER happen.
So if anyone feels tempted to ask, you should all ready know that the answer is no, the Power Rangers are NOT going to meet their Super Sentai counterparts. That would be way too confusing, and would achieve nothing. So can everyone please STOP asking about it?

Seriously, why do people keep asking this every time their is a big VS Super Sentai special/movie/event/show? What would that interaction even be like?
"Wow! Identical twins from America/Another Dimension that look just like us and have powers/weapons/robots just like ours! Thanks for helping us defeat this evil threat. We'll probably never see each other again or mention these events ever again! BYE!"
Would something like that even get an international release? The average American doesn't even know what Super Sentai is, and most only casually know about Power Rangers. It just seems like a lot of unnecessary work on top of licensing fees and more, especially for an audience that would barely enjoy it. Even the dedicated Japanese audience would be confused why a crossover like that exists.

(Just to be clear, I'm not saying that a Super Sentai/Power Rangers crossover is never going to happen, it's just highly unlikely. It would be cool if it does! I'd support it, if it happens. But only the smallest of niche audiences, like us, would enjoy it. I doubt there would be enough of a profit margin to make it worth Toei and Saban/Hasbro's effort.)
You must log in or register to reply here.
Share:
Facebook Twitter Reddit Pinterest Tumblr WhatsApp Email Share Link