20th Anniversary Ranger Fiction - How Would You Bring Back the Rangers? 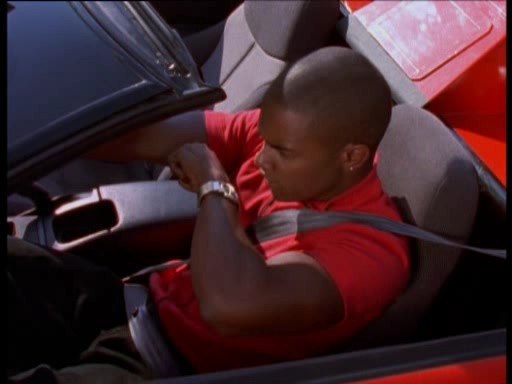 So... given the Gokaiger footage and what Rangers return... who would you bring back and how?

First one that comes to mind for me is Selwyn Ward, and make him...... okay, wait, I was going to say make him the Red Space Ranger, whose taken over for Andros who is overseeing more Intergalactic Ranger Operations, but I liked how he looked when he rolled up in Forever Red still rocking with Lightning Cruiser. So... I say keep him rocking Turbo and his story continuing Supernatural style as he roadtrips across the world battling super natural threats in urban environments. Especially ones dealing with cars. Then again... Justin, now pretty damn built these days would make a badass Red Turbo Ranger.

I'm also going with Ranger actors that are still active in the community. Andros.. NOBODY has heard jack about or from him since Forever Red, so I was assuming he wouldn't be coming back.

I'd have NOOO problem with shuffling colors either, cuz I liked how Bridge was Red in Always a Ranger and it showed world building and mythology progression.

I'd also like to see Delphine come back as the White Aquitarian Ranger, but her head costume changed up to maaaaybe, I dunno.... make her more human and as sexy as she's become lately.

How would YOU bring back the Rangers for the anniversary and what storylines would you use?

One thing for sure: Blake Foster aka Justin the Blue Turbo Ranger. Let's face it: we haven't seen him onscreen for the last 15 years and I bet he'll show up as an adult. I also thought Jen of PR: Time Force would appear as well. Just saying.

I want an evolution of this suit and that maybe Wes get one too. Have them jumping through time, tracking down villains. Sorta like... Doctor Who meets TimeCop.

And MAKE THEM KISS!!! :castlerock:

It'd be funnier if they almost kissed, but got interrupted.

I'd personally really like to see Andros back as the wandering space badass, but I agree that it's unlikely since nobody's heard from the guy. Obviously, we're going to see Firass, because there's the footage for that...maybe he's taken Rita's place?

The real question is - is Tommy coming back? And if so, which ranger will he be?

All of them, of course.

Walter Friggin' Jones. Zack returns from a 20-year journey, traveling the world and spreading the teachings of Hip-Hopkido.

Shynilyte said:
All of them, of course.
Click to expand...

How awesome would that be? As he fights, he changes ranger suits to better deal with whatever baddie he's against.

They won't do it like that, since they need everyone fighting at once. But we can dream!!

I always wanted to have Zack come back from the "Peace Conference", which it turns out was a ten year secret mission for Zordon, deep under cover somewhere.

Havoc Knight said:
The real question is - is Tommy coming back? And if so, which ranger will he be?
Click to expand...

Tommy will be back..... hmmm.... which one of his versions showed up in Gokaiger?

Regarding Keith's idea of TJ and Justin driving around as Turbo rangers, "Supernatural" style, I think that's a great way to bring back those characters.

I'd love to see Johnny Yong Bosch come back. I don't care which ranger he's back as, I just want him back, haha. It'd also be amazing if they got my first crush, Amy Jo Johnson, to return.

VengeanceGOD said:
I always wanted to have Zack come back from the "Peace Conference", which it turns out was a ten year secret mission for Zordon, deep under cover somewhere.
Click to expand...

Maybe the secret mission was training young warriors around the world in different styles of Hip-Hopkido secretly until the time came for 5-6 new heroes to step up to the plate from his several schools. He comes back alone for the 20th anniversary, donning the black MMPR costume once again. Then a couple of years down the line, new heroes are summoned from his schools and it becomes the Kyoryuger team (PR version), an updated version of MMPR.

I think I just really want Hip-Hopkido to become a thing. hahaha

Keith Justice said:
Tommy will be back..... hmmm.... which one of his versions showed up in Gokaiger?
Click to expand...

Did OhRed show up in Gokaiger?

Havoc Knight said:
Regarding Keith's idea of TJ and Justin driving around as Turbo rangers, "Supernatural" style, I think that's a great way to bring back those characters.
Click to expand...

And like Supernatural, there'd be a spike in TJ/Justin shipping, except lacking the incest squick and one of them being a preteen squick.

I would love if Kim and Kat return as Bash Sisters, kicking ass and trolling the shippers and Tommy. Maybe also have Cassie, Kira and Vida join to together to do some music.

I hope Disney-era people come back. It's not the most popular era and Saban doesn't seem fond of it, but they are still Rangers and I love most of them.

I'd want as many people available as possible, even as walk on cameos, but I don't have much hopes since MegaForce part 2 would be only 20 episodes.

Keith Justice said:
Did OhRed show up in Gokaiger?
Click to expand...

Yup, but he didn't transform.

Keith Justice said:
Did OhRed show up in Gokaiger?
Click to expand...

Yeah he did. I actually just watched that episode, haha.

Keith Justice said:
Tommy will be back..... hmmm.... which one of his versions showed up in Gokaiger?
Click to expand...

I dunno if you mean actual cameos or Gokai changes but...

Timeranger..... only Yellow showed up in Gokaiger.... hm. Cuuuuzzz if we saw Wes and Jen team up again and kiss, that would win all the fangasms.

All of Tommy's forms were a Gokai-Change?

Why not take the obvious route & give Tommy the upgraded Akared suit? He gets a new suit & powers & can become any one of his past forms he wants.

Also, I've already covered several times how I'd do Gokaiger-
-Time frame: year between Venjix apocalypse & RPM
-Venjix conquered the earth because overuse of the Morhing Grid on less than secure systems allowed him to hack it, which is why only the RPM powers, having a different source work.
-Rangers are a rescue unit from another planet who come to Earth to find out what happened.
-Silver was in the same prison camp as Gem & Gemma & their escape is explained.
-Enemy is part of the mission who becomes jaelous of the Rangers & him & several of his buddies side with Venjix in order to get them
-Gokai powers are part of a Ranger recovery system that can recover powers on a new Morphing Grid, making them extremely dangerous & a top priority to Venjix.

As far as I'm concerned, this is the most logical way to do a Gokai adaption, but it definately won't happen this way, anyway.
You must log in or register to reply here.