https://www.youtube.com/watch?v=W0FIyP85z5A
Very intriguing . From a psychological point of view It makes perfect sense...but if there Is some paranormal under-interpretation i wasn't able to join the dots. Anyone got a theory?
I had to take 3 breaks from this as it got to me on multiple levels.
They remind me of the two guys who showed up at my house in Okinawa, Japan and even after I said I wasn?t interested they still came back 2 other times this was really eerie for me. Great cinematography! 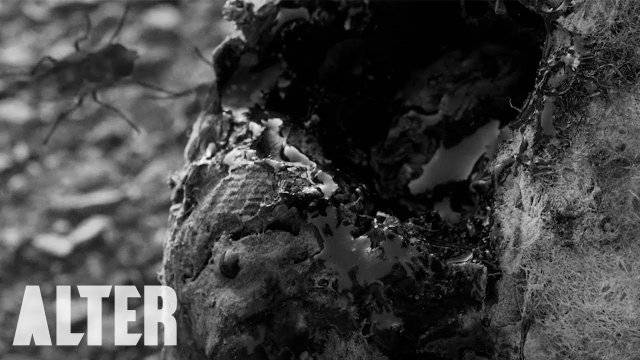 Two Mormon missionaries confront their demons in a cold and isolated locale.

Connect with the Filmmakers:
https://www.youtube.com/channel/UCrvsSvPe5VV-3KvjZX8o4cg

More About "Outer Darkness":
In an unnamed foreign country, two Mormon missionaries who have been assigned to a cold and isolated locale prepare for bed and process a disturbing event that occurred that day. Earlier, on their way home after a day of proselyting, they had found a sick and dying dog in the street. Ottley had felt compelled to use the stick to put the dog out of its misery. Walpole assures Ottley he did the right thing, and they affirm their spiritual beliefs before going to sleep.

That night, Elder Ottley has a nightmare about the dog, and is awoken by the sound of breaking glass. He finds Walpole's bed empty and leaves the bedroom to investigate. In another room, Ottley finds Walpole sleepwalking.

The next day, Ottley and Walpole teach a man about the vision of God and Jesus Christ experienced by Joseph Smith, the founder of Mormonism. After recounting the story, the man tells them about a vision he experienced after the death of his sister as a child, in which a strange floating head appeared above her lifeless body.

Back at their apartment, Walpole naps while Ottley decides to clean up the messy study room. As he cleans frantically, he begins to feel a dark and overwhelming presence that eventually whispers his name.

Walpole places his hands on Ottley's head and blesses him to feel God's love, and commands any dark spirits to leave him in peace, but Ottley remains troubled.

That night, Walpole sleepwalks once again. This time, he leaves the apartment and walks out to the corpse of the dog still lying in the street. Ottley finds him and leads him carefully back to bed.

Ottley returns to the dead dog and attempts to cremate the corpse. He finds an iPod lying near the pyre.

Ottley confronts Walpole about the iPod, revealing that it contains child pornography. Walpole shows remorse and tries to convince Ottley to let him erase the evidence, Ottley refuses and a struggle ensues. Walpole grabs a knife and threatens to kill himself if Ottley doesn’t give him the iPod. Ottley concedes and Walpole tells him to shut himself in the bedroom.

Walpole tells Ottley through the door that he is leaving and warns him not to follow. Walpole leaves and moments later a floating head appears to Ottley.

About ALTER:
ALTER is an ever-expanding platform for the most daring storytellers in the world of horror. We are a home, community and launching pad for our filmmakers. Slip into the dark, disturbing corners of cutting-edge horror.

Filmmakers should visit https://filmfreeway.com/alterdustsubmissions to submit your horror shorts. (Only completed horror shorts will be considered. Unsolicited scripts or pitches will be immediately deleted without review.)

About Gunpowder + Sky:
Creating content that resonates and impacts pop culture conversation, by empowering creators to take risks and experiment relentlessly in the pursuit of novel stories and formats.