https://www.youtube.com/watch?v=F1r6IDby3IE
No comments have been found at this time 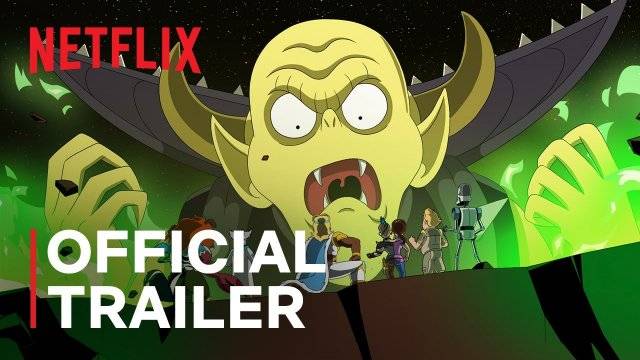 Jun 9, 2022 at 2:38 PM
Posted by EileenCruz
From the creators of Brickleberry and Paradise PD, comes the outrageous sci-fi animated comedy series FARZAR. Streaming July 15 on Netflix.Egotistical human warrior Renzo liberated the planet Farzar from the evil alien Bazarack, and then established a human settlement under a huge dome, becoming the Czar of FARZAR. Years later, FARZAR is under attack by the evil aliens once again and Renzo’s well-meaning and not-so-bright son Prince Fichael ventures out with his special crew “S.H.A.T.” (Special Hostile Assault Team!), made up of a human-solider-turned-cyborg, clashing conjoined twins, an unhinged scientist, a highly incapable mutant and a mischievous little alien known as a chaos-celot. As they begin their journey to fight the aliens that want to kill/eat them, Fichael quickly discovers that all is not what it seems and he may be living a lie.https://www.exploregeorgia.org/film
https://www.youtube.com/watch?v=wHfky-cnkRQSUBSCRIBE: http://bit.ly/29qBUt7About Netflix:
Netflix is the world's leading streaming entertainment service with 222 million paid memberships in over 190 countries enjoying TV series, documentaries, feature films and mobile games across a wide variety of genres and languages. Members can watch as much as they want, anytime, anywhere, on any internet-connected screen. Members can play, pause and resume watching, all without commercials or commitments.FARZAR | Official Trailer | Netflix
https://youtube.com/Netflix
Keywords
Animation
0     0     383