You can pinpoint the precise moment Squaresoft became Square Enix, and it’s when the heroine of a melancholy Final Fantasy chapter grabbed a microphone, yanked off half her clothes and started boogieing with two friends around the world. Clearly, there was a new sheriff in town!

Now you can relive the tonal whiplash of Final Fantasy X and its sequel on more consoles than just Playstations. Blitzball is now a multiplat sport as Final Fantasy X / X-2 HD Remaster is now out on Nintendo Switch and XBox One. Or, if you wait a little while, you can play them on something called a “SAD” that costs only 50 bucks cheaper yet has no disc drive or any method of selling, trading, or loaning your games with friends. Your choice!

Combined, the games equal over 100 hours of gameplay, so if you’ve never touched either, it’s a terrific value. You can pick from the classic audio originally heard on PS2 or a newly arranged soundtrack. 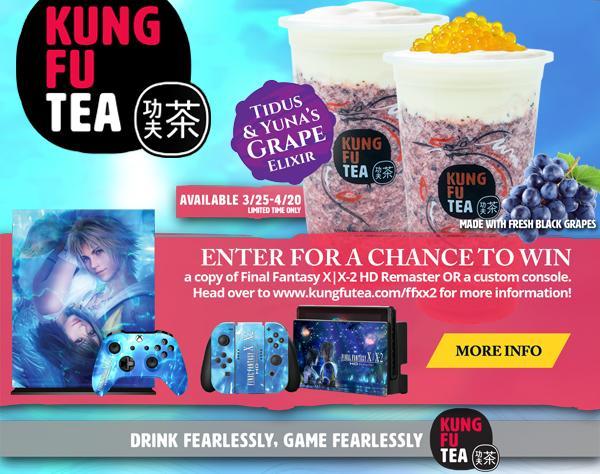 If Final Fantasy X or X-2 were made now, they would put a plug for Kung Fu Tea directly into the game. Part of me would actually enjoy that.

Sony, XBox And Nintendo Are All Skipping E3