A Fast & Furious tabletop game? What a great idea! You would look for the rulebook, but there wouldn’t be one…there would barely be a GM, who would describe the scenario before just letting your imaginations run with it, attempting to top each other with increasingly outrageous stunts and maneuvers. It’d be Calvinball with cars.

“I swerve to avoid your machine gun turrets and catapult myself off the roof of a building.”
“Little do you know I placed seven hundred land mines on that roof, anticipating your arrival!”
“But Dom pulls a lever and activates his anti-land mine ray that blows up all the mines before he gets there, creating a cushion of air that floats him safely away via his deployed parachute.”
“In retaliation, I hit the gas and drive so fast that I travel backward through time and marry Letty, leaving Dom alone.”
“But their son KNEW you were going to do that and an adult version of him just teleported in from a post-apocalyptic future to protect his own existence. He blows you up with a bazooka.”
“I’m wearing an anti-bazooka vest, fool!”

Funko Games’ Fast & Furious: Highway Heist isn’t quite like that, but manages to be outrageous enough while still containing a rulebook. Up to four players start out with their own cars. Brian O’Connor, Dominic Toretto, Letty Ortiz, Roman Pearce, Tej Parker, and Han Seoul-Oh are all playable, and each has their own special ability (also, they’re designed just off enough to avoid paying likeness royalties).

The bad guys soon arrive in their own vehicles and the fight begins. Players have the ability to leap ON TOP of their cars (the roofs contain pegs to fit the players into) and jump to others, hijacking them…which is handy if your own car gets totaled. Ultimately, you’ll face boss battles involving tanks and choppers.

Fast & Furious: Highway Heist comes with three scenarios ranging in difficulty, but like I said, it would be far more fun to make your own. The game is out for $29.99 at hobby shops now. 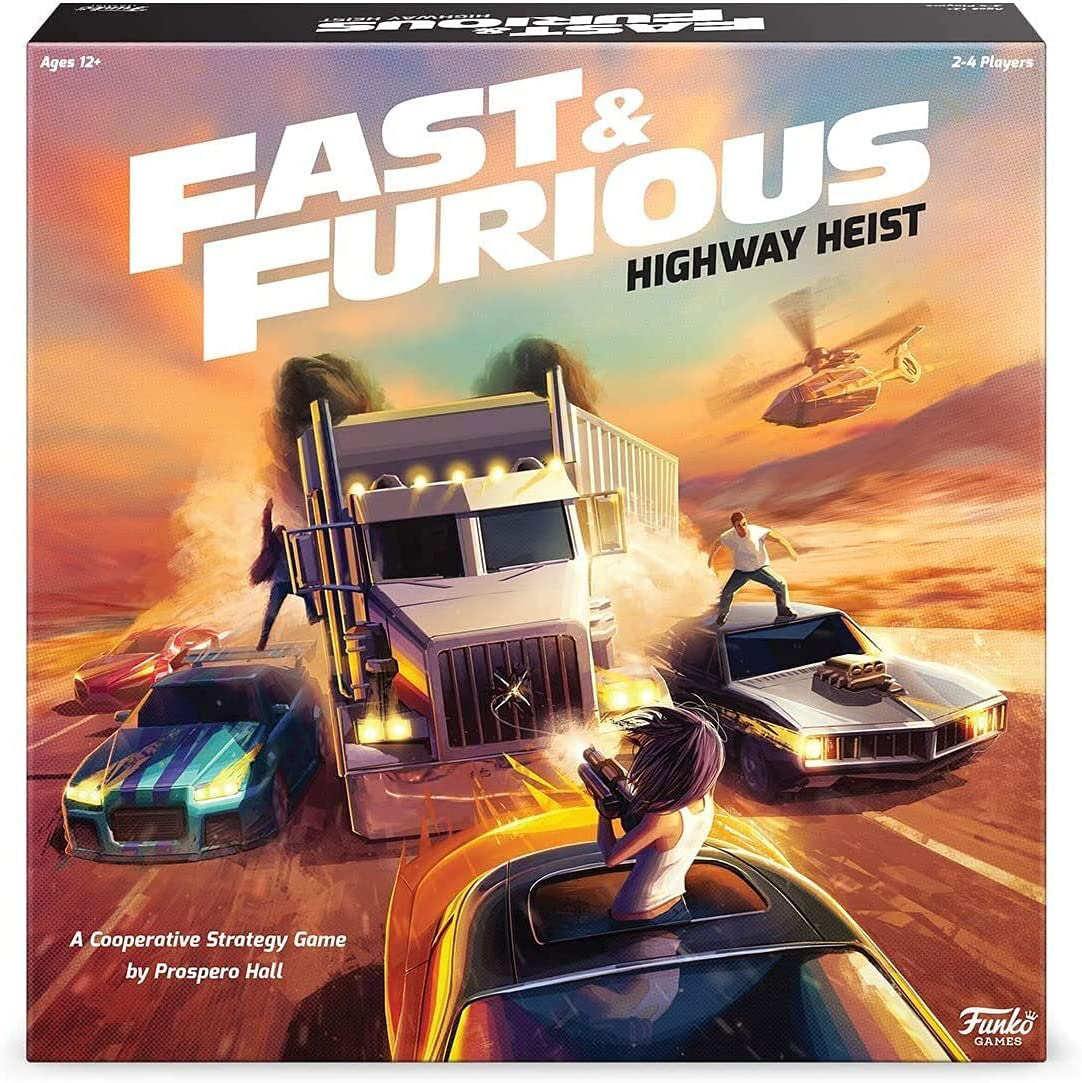