If you ask most hardcore Resident evil fans, what is their least favorite game? Most of the time, they will Answer Resident evil 6! because it doesn’t feel like a Resident Evil game. Capcom themselves admitted the game is action-packed instead of Survival horror because they want to get the Call of Duty fanbase. The game sold well, but it got critically destroyed by critics and fans alike. This result leads to the creation of Resident Evil 7. Mainstays like Chris Redfield, Jill Valentine, Claire Redfield, Leon Kennedy, and Ada Wong are just way too experienced and capable. They are too badass to make you feel fear.

So in Resident Evil 7, the veterans are set aside for a Newcomer Ethan Winters. He is a regular guy who is looking for his missing wife, Mia. The game took inspiration from the P.T, the demo of the canceled Silent hill title, and the rest is history. Zombies got replaced by the Molded, Fungus infected human controlled by a bioweapon in the guise of a Little girl named Evie. The game also made you encounter the Baker family. A Louisianian redneck family who use to be good people but turned into abominations with heel factors.

Most people loved Resident Evil 7, but most of them are casuals who never played the past titles. For one reason! This game uses a first-person camera!

Ethan has a full character model with a face. That model got only used for cutscenes. We never get to see his face unless you extract the character models of the game. 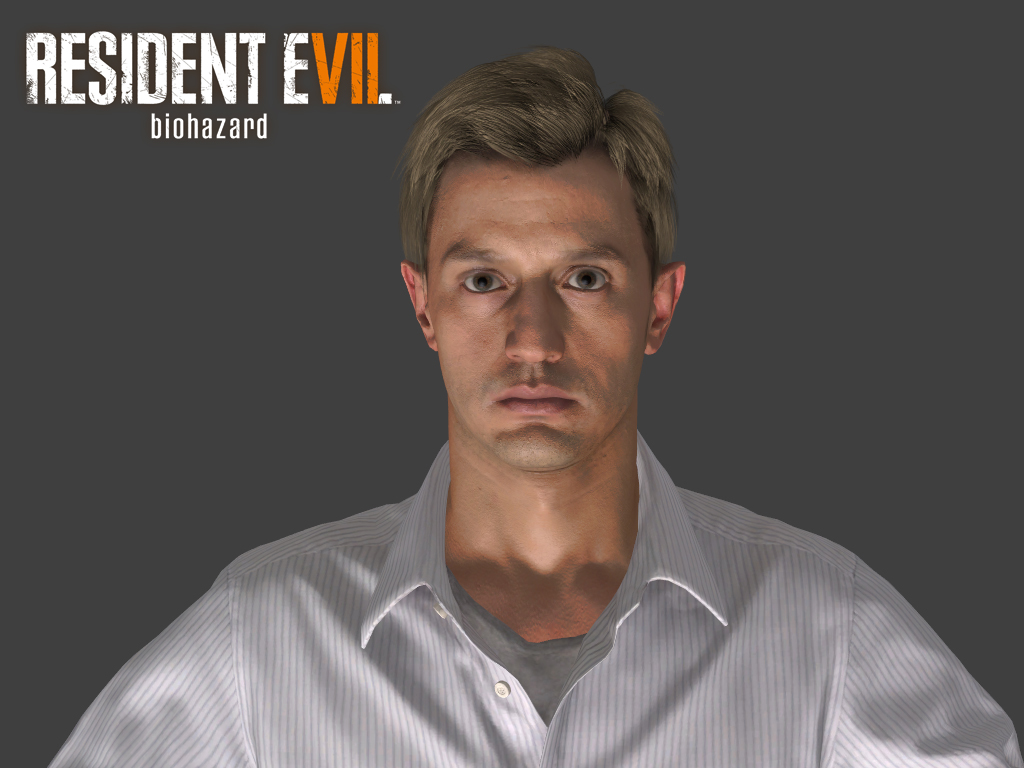 Capcom decided to hide Ethan’s Handsome face because they want the player to self-insert themselves into the game and think they are Ethan. This decision made Ethan unrelatable for some fans compared to someone like Claire or Leon. The game is also in the first person because the creators want you to feel immersed in the atmosphere to feel more scared.

Some fans also don’t like the first-person camera because it gives them motion sickness.

Re7 and both Resident evil 2/3 remakes use the RE engine. That makes it possible to turn the game into an over the shoulder 3rd person shooter.

There was an attempt before to make a mod to turn the game 3rd person but Ethan’s character model have no head. This headless Ethan mod was 3 years ago.

For Nostalgia’s sake please give Christina Ricci this role! Tim Burton is in talks of doing an Adam’s Family television reboot! Blood From Stone – Movie Review

In 2018 Jollypunch Games released Fly Punch Boom, an over-the-top fighting game and love letter to the craziest anime tropes in existence. You can power up way past 9000, turn into a fireball and sock your opponents so hard they crash into the moon. All that’s missing is Goku….well, he

Resident Evil 7 Is Coming To Switch….In A Weird Way

The good news is that Capcom is porting Resident Evil 7 to Switch, at least in Japan. The bad news is…everything else about it. “Biohazard 7 Cloud Edition” is its native name, and it solves the issue of this graphics-intensive game appearing on Nintendo’s underpowered hardware by loading the game

Resident Evil 7 Biohazard Gold Edition contents are available beginning today on PlayStation 4, Xbox One and Windows PC, alongside the remaining DLC for the game – Not a Hero and End of Zoe. The definitive version of the highly acclaimed survival horror title of 2017 includes all the contents from the release earlier