Eye Of The Beholder: The Art Of Dungeons And Dragons Review

One of the most loved elements of Dungeons & Dragons, even among those who have never played the game, is the art created for the series. An upcoming documentary called Eye Of The Beholder: The Art Of Dungeons And Dragons covers the history and humans behind the phenomenon. It’s informative, fascinating and entertaining even if you know nil about D&D.

The aesthetic of D&D fantasy art is nothing new….pieces that resemble what’s seen on today’s tabletop gaming covers date back to the Renaissance. Our modern concept of fantasy art was first popularized by artist Frank Frazetta, whose pulp novel covers in the 60s and 70s inspired many of the original D&D artists back when Gygax first published his original manuals. 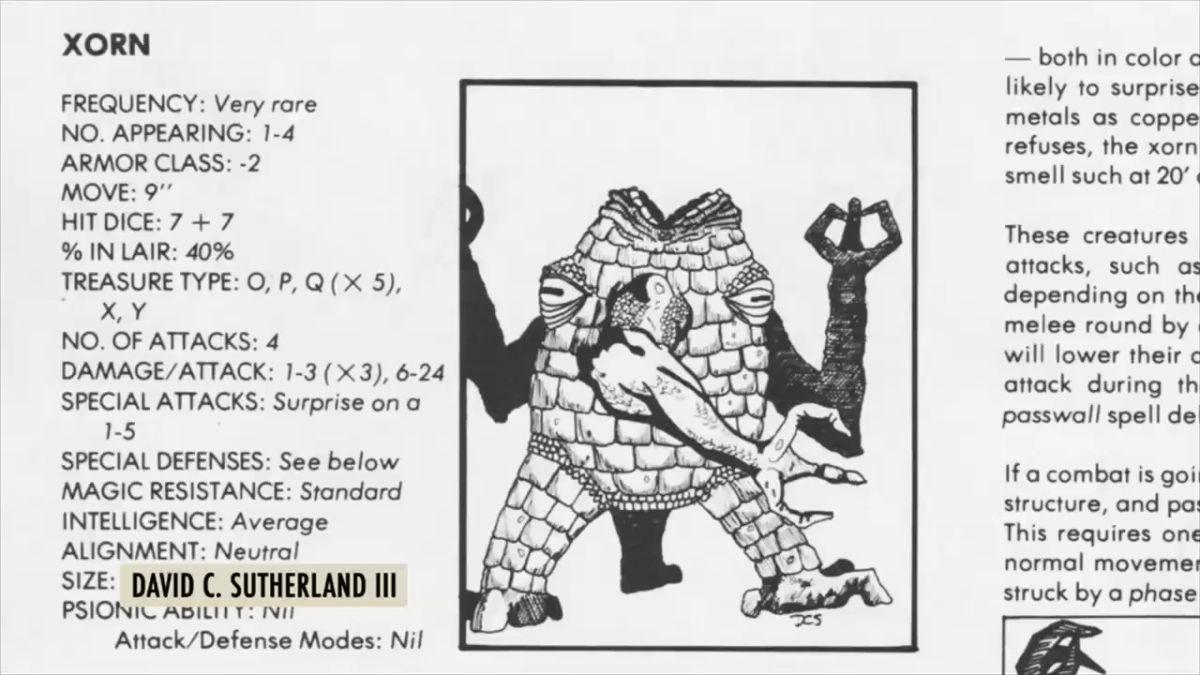 Of course when D&D was first getting started, there wasn’t much to work with. To fill the empty spaces in the earliest manuals, TSR hired anyone would was willing to hold a pen. Many artists got their start right out of high school drawing crude, confusing interpretations of monsters as space fillers for empty spots on the pages. Despite the humble circumstances, those interpretations left a permanent mark on how those monsters would be depicted henceforth, in millions of intricate colors, by artists a thousand times more experienced. 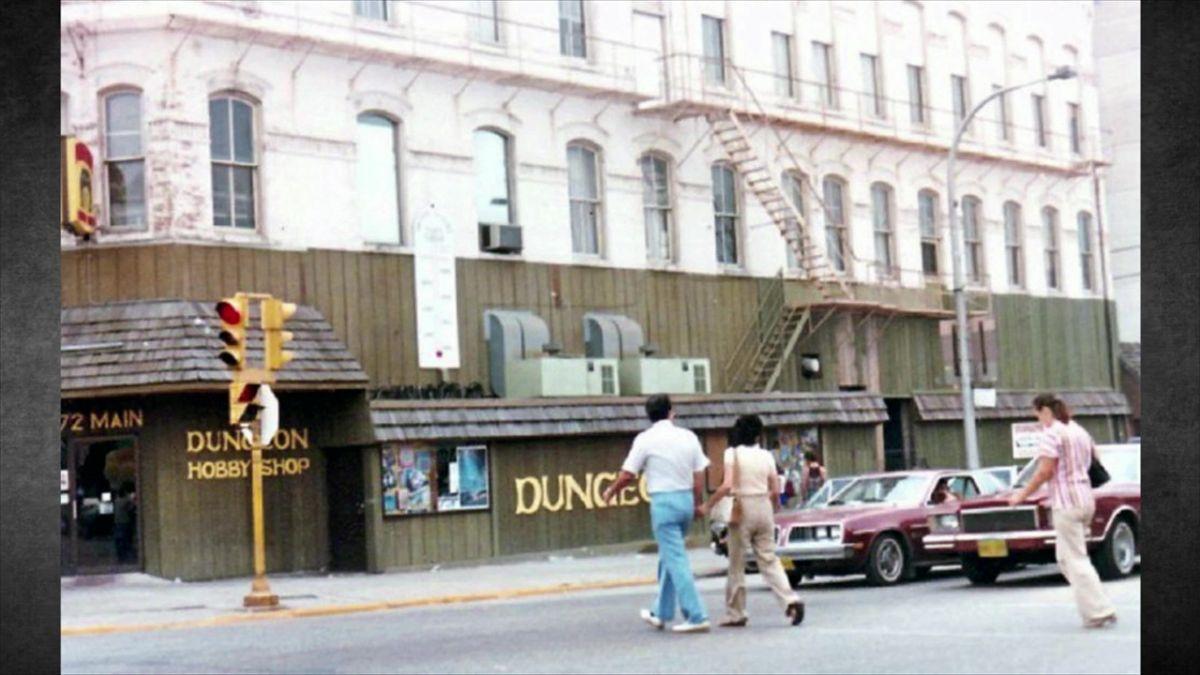 As D&D started taking off, TSR looked for bigger digs for its original locale, the Dungeon Hobby Shop. At that time an old hotel happened to be for sale, and TSR simply bought the entire building, used the upper floors as offices, and converted the lobby area into the new Dungeon Hobby Shop. The building was not renovated and some of its rooms could not be used because the floors were unstable. One artist has a story to tell about the time his feet plunged through the floor.

As with most startups, the early days of D&D were loose and chaotic — the staff shares some pretty entertaining tales throughout the film. Staff artist Diesel LaForce came in every morning by jumping on a dumpster and leaping up to the fire escape, because he didn’t have any keys.  One world map was created on stock so large that the art had to be shipped to Wisconsin because it was the only state containing a camera large enough to photograph the thing in one piece. Artist Darlene hated drawing mountains the most — and confesses in the film she would make the lettering on the mountains’ names extra-large to get out of having to draw the details on them. 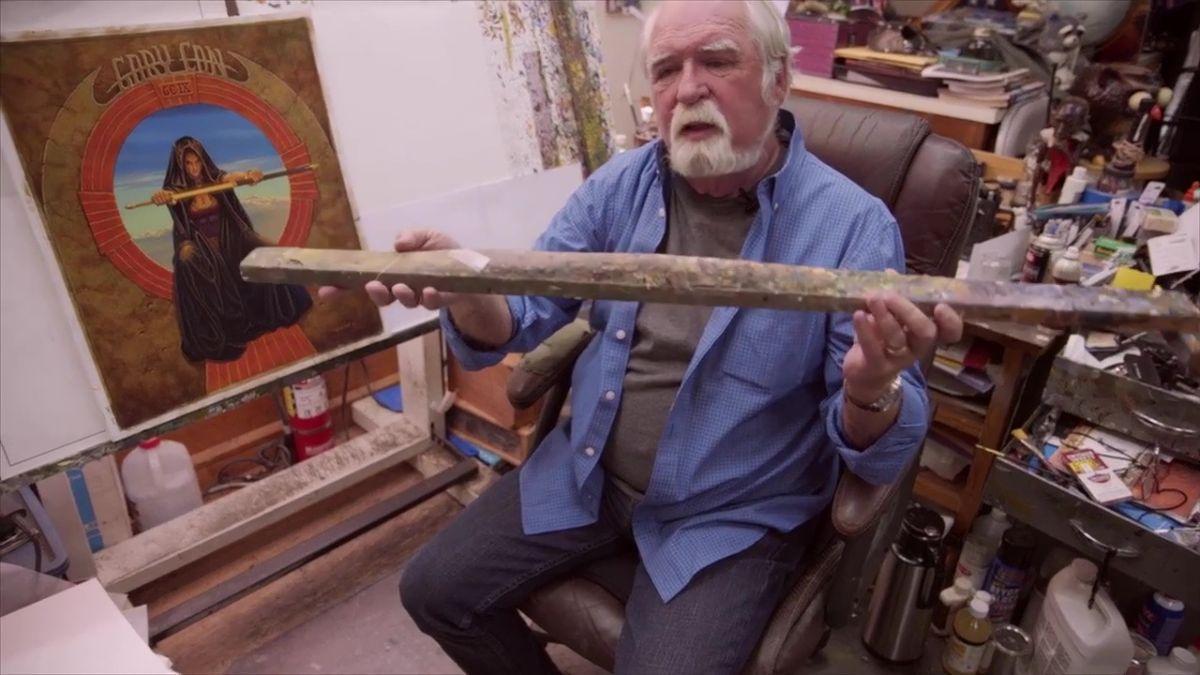 The 80s was when some of the most iconic artists like Clyde Caldwell and Larry Elmore were hired, and as a result, D&D art really hit its stride. Most of these artists are still alive and appear in the doc, with their own stories. Elmore still owns the plank of wood he used to pin down his paintings — he would wipe his brush out on the plank, and over the years the layers piled up so thick that there is now a gigantic lump protruding from it, composed entirely of dried oils.

They did play the game they were making sometimes, but not all were great at it. Clyde Caldwell says he tended to make the kind of mistakes that would wind up killing all of his friends.

Eventually the number of D&D books and campaigns produced per year grew large enough that TSR had to look into hiring freelancers. Many of them would go on to become permanent fixtures and gain fanbases of their own, but the editors had an unspoken standard for which portfolios would lead to a hire and which wouldn’t. The artists who got in were those who told stories with their art, not just set their characters in poses.

More thought has to go into a piece of D&D art than your typical book cover. People are using the art to set a visual standard for the adventure they’re experiencing. A proper D&D illustration has to tell a story…and should be constructed like one. They should be full of little details….unnoticeable at first, but the deeper the artwork is examined, the richer the story becomes. Why is that creature missing his left toe? Why is one sword burning with red fire while the other one is burning with blue fire? As the one peering into this world — the interpreter — you decide what to think. 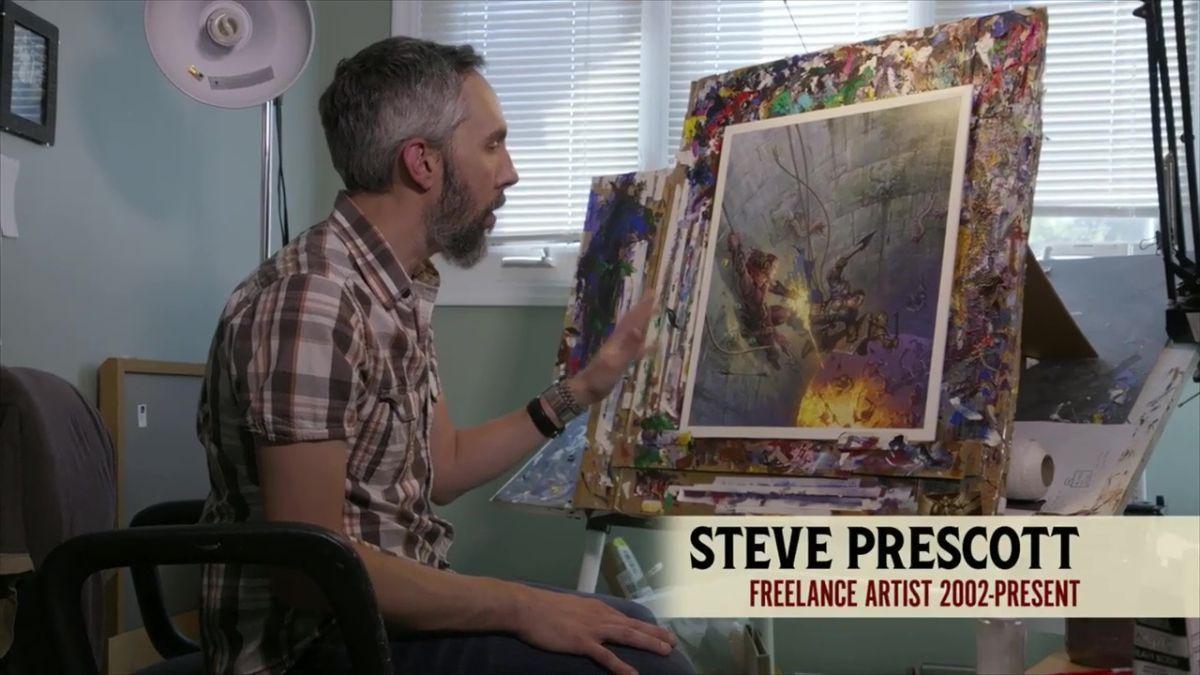 D&D artist, Steve Prescott, shows off a painting in progress and points out he was given only a vague description of what was happening. The painting had to be a band of adventurers lowering themselves into a pit via rope. “The art director didn’t specify too much except that there were goblins at the bottom.” Prescott had some fun and added grimacing stone faces around the circular wall, then hideous centipede bugs crawling out of the mouths. What is the meaning of the faces, and who could they be modeled after? And where did the bugs come from? Every detail enriches the world a bit more.

The depictions of dragons have varied wildly, and you can often tell who drew a cover not from their signature, but from what kind of dragon is on it. As Elmore points out, “since dragons are a mythological creature there’s no way to do it wrong….there are no dragon police that are gonna come in.”

Some D&D covers aim for the action shot — a warrior whose only protection from dragon fire is his shield, or a knight stuck in a web peering with fear at an advancing army of insects. Many of the pieces are intentional attention grabbers, handing you the story at the peak of peril — the equivalent of a television cliffhanger. 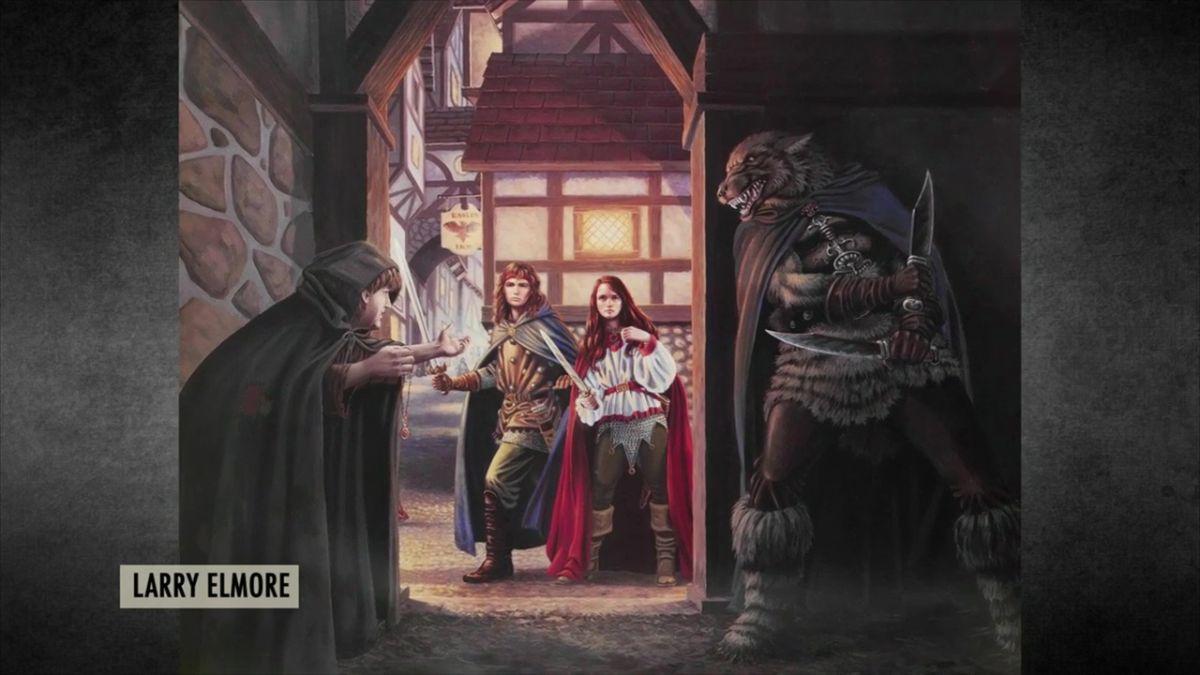 Others go for the “before” or “after” approach. A drawing by Larry Elmore depicts what appears to be a couple, watching as a man in a hood is telling them something. He might be asking for help, or he might be telling them he has a hot tip on some treasure…and he’s beckoning them toward the alley, but the couple doesn’t seem to completely trust him, as both their swords are unsheathed. And their instincts are indeed correct, for waiting in the shadows just beyond the wall is a fearsome cat-man wielding dual daggers, ready to strike. The painting could have been just the couple fighting the cat man, but then you wouldn’t have the full story.

If you’re a fan of Dungeons and Dragons or tabletop gaming in general, this documentary was made for you. If you’re not a fan, you’ll gain a new appreciation for this kind of work. Eye Of The Beholder: The Art Of Dungeons And Dragons is as intricately constructed as the paintings it celebrates, and is well worth a watch when it becomes available May 14th on iTunes, Google, Xbox, Vimeo, Amazon, Vudu, Comcast, Cox, Spectrum, and anything else we could mention.