The only people who like loot boxes in video games are the handful of folks making money off of them. An unfortunate side effect of our constantly connected culture, video games can now generate an endless amount of bonus cash for the maker after the game itself has been bought, by selling players mystery boxes filled with content they must purchase the box to see.

Many consider this a form of gambling, and there have been calls to regulate loot boxes for years, if not outright ban them. Video games themselves once faced heavy regulation until the ESRB was formed in 1994, creating a ratings system that would inform parents of a game’s content from the box.

Now the ESRB has stepped in again, saying it will henceforth mark all games that contain loot box mechanics. The box where the rating is will have another box below it with the words “In-Game Purchases (Includes Random Items).” 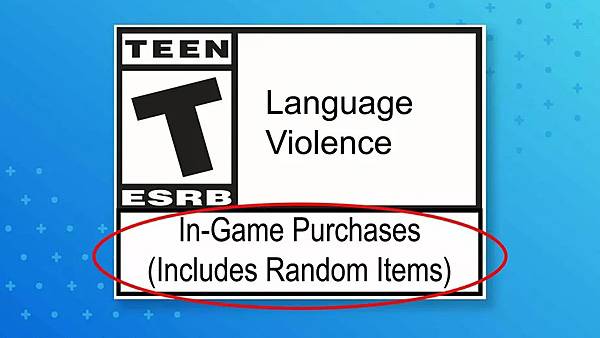 “In-Game Purchases (Includes Random Items): In-game offers to purchase digital goods or premiums with real world currency (or with virtual coins or other forms of in-game currency that can be purchased with real world currency) for which the player doesn’t know prior to purchase the specific digital goods or premiums they will be receiving (e.g., loot boxes, item packs, mystery awards). Includes loot boxes, gacha games, item or card packs, prize wheels, treasure chests, and more.”

Given that this amounts to an easily missable little spot on the bottom, which a lot of parents will never see, opponents are not satisfied at all. Polygon asked the ESRB what they planned to do about games that ship without loot boxes, but add them later (because it has happened). The board’s response seems to indicate publishers that do this would now have a problem:

It’s a step, but it’s a tiny one. We predict the fight will continue for some time to come.