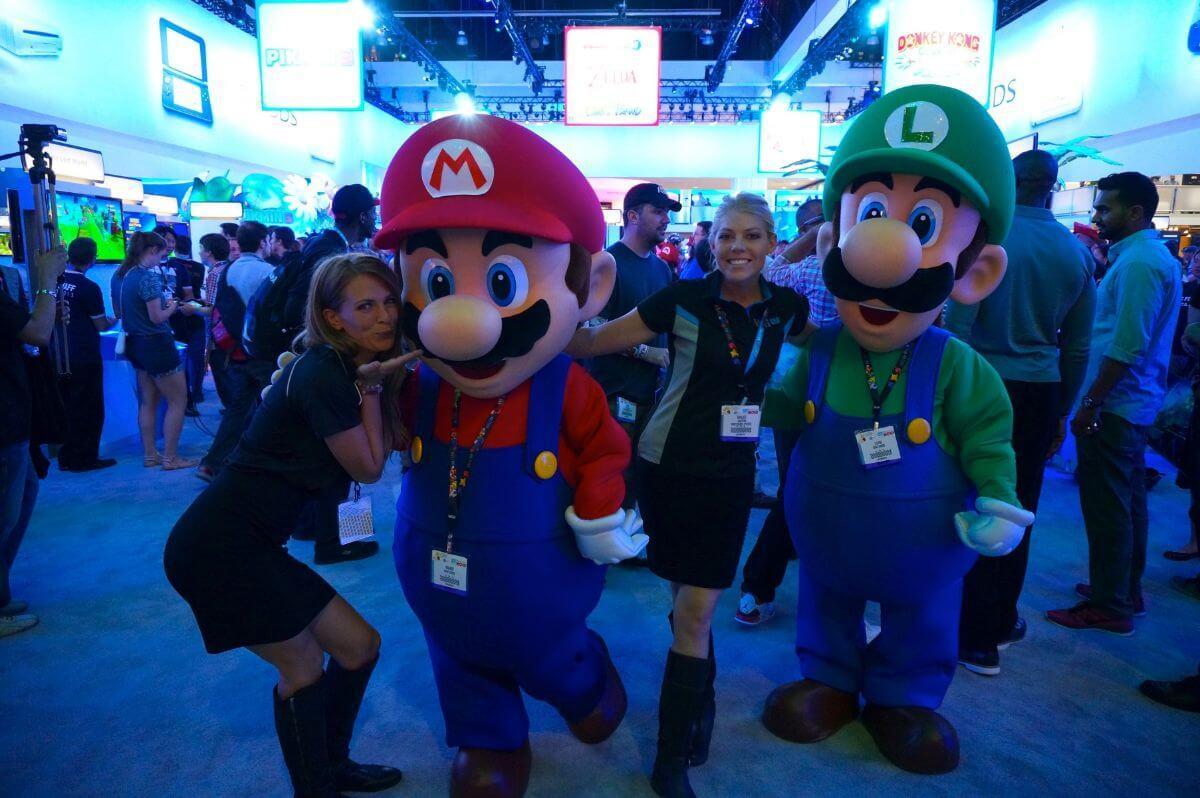 It won’t be long until the Electronic Entertainment Expo, and it’ll be even a shorter length of time before the fake rumors begin spreading. But why wait? Thanks to this Fake Nintendo E3 Leak Generator, you can create an endless supply of titles that sound just barely plausible. I gave it a few go-arounds, and examined the results for their likelihood…. Of everything on this phony list, I’m most excited about Metroid Sword. Samus loses all her abilities, again, but then finds a sword, requiring new strategies to deal with old enemies. The sword gains new abilities as you progress, and as you gradually uncover the backstory behind this strange new planet, the sword’s origins turn out to involve a very familiar character! This all sounds awesome, so why did Nintendo put this idea on the 3DS and waste their Wii U game on Metroid Drawer 3? Metroid Drawer 1 and 2 were terrible!

Donkey Kong Online is the biggest wild card in this lineup. As much as I’ve always wanted an MMO starring nothing but Kong characters, it remains to be seen if it can bring anything new to the table gameplay-wise. The versatile character creation screen is great — you can make any member of the Kong family you can dream up, or you can play as a guest as one of the established Kong characters. No one is going to play as Kiddy Kong, though — unless he turns out to be overbalanced and breaks the game; then the field will be swarming with him.

Lunge Turnip Online is going to be an epic JRPG. The most surprising news on this list is “Grotesque Michael Party.” Do you know what that is? It’s the Japanese name for the newly revealed sequel to the NES classic Monster Party! It turns out the ending to that game wasn’t a dream after all, and Mike has an ugly monster face that he has to undo by travelling through eight different monster worlds, battling legions of kooky monsters along the way.

Just when I thought they’d run out of sports to insert Mario into, along comes Mario Ice Skating U. You use the left stick to control Mario and friends as they glide and pirouette along an icy arena to please a judging box full of squawking Toads. It should be sold at a reduced price.

There are a lot of unanswered questions here. “Super Donkey Kong” is another Japanese name; it’s what they called Donkey Kong Country over there. Are we getting a remastered version for the eShop? And how is “Splatoon Online” any different from the original? So they’re releasing the next Mario platformer on both Wii U and 3DS at the same time? Interesting. I guess that 3DS experiment paid off enough for them to try it again.

Nintendo has made many questionable name choices over the years, but I think with “Wii Goose U,” they may have topped themselves. It probably has different connotations in Japan, but there is no way Wal-Mart is going to stock a Nintendo game with that title. We’ll let you know if they change it.

“Long-term Error 2” is the Japanese name for a new Zelda spinoff starring Error, that one guy in the hut from Zelda II: The Adventure of Link. What’s the “2” for? That’s an error, because he’s always making them — get it? We expect Error’s errors to factor into the gameplay in some way.

The thing about Nintendo is that they’re so unpredictable that I could write convincing paragraphs for every single one of these. There is one entry, though, that sounds so fake it brings the whole list down. “Third Party Reel”? For the Wii U? Hah! Tell me another one!