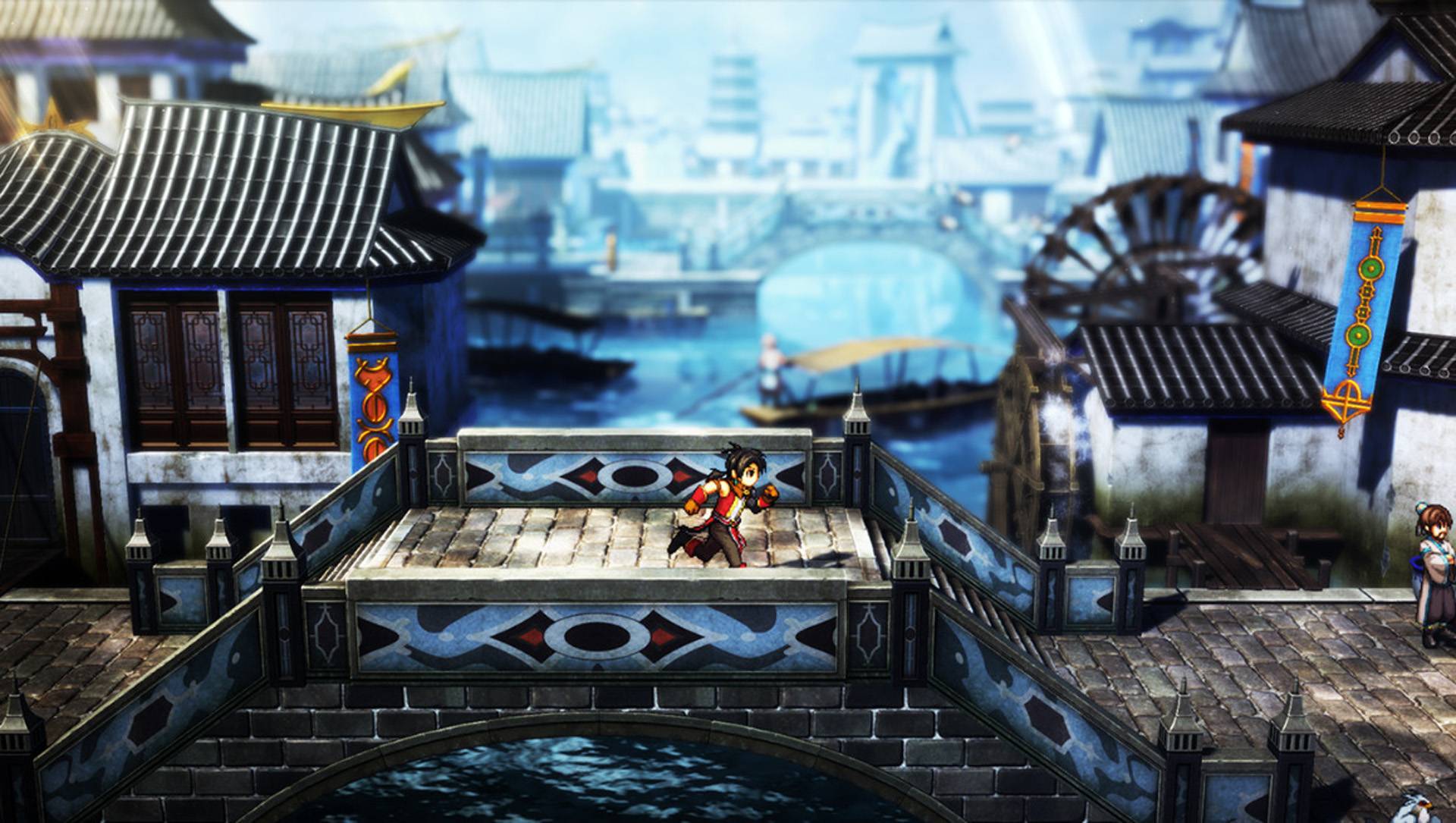 Last month the team behind Suikoden, the beloved series of strategy RPGs on the Playstation, launched a crowdfunding campaign to fund a spiritual successor named Eiyuden Chronicle. It’s been a while since Suikoden 2 and you might wonder if there’s still demand for a sequel, even an unofficial one. Boy, is there ever…

Eiyuden Chronicle just wrapped up its campaign with a total of over 4.5 million dollars…making it the third most successful video game campaign in the history of Kickstarter, trailing only Shenmue 3 (#1) and Bloodstained: Ritual of the Night (#2).

Eiyuden Chronicle will be a 2.5D JRPG with hand-drawn characters in 3-D environments, using a turn-based battle system with six controllable characters out of a possible 100 (the Suikoden series was known for its massive amount of recruitable characters). When a player takes a turn, the camera dramatically shifts angles for an impressive effect, like so:

The Suikoden bunch – including writer Yoshitaka Murayama, former staff members from Castlevania, Wild Arms and the Tales series, have formed a new development studio called Rabbit & Bear. With the cash amassed from this campaign, they have enough to bring Eiyuden Chronicle to PC, Nintendo Switch, Playstation 4, Playstation 5, XBox One and XBox Series X, as well as produce several DLC chapters and even a companion game.

Eiyuden Chronicle will be released in the fall of 2022.

A Plague Tale: Innocence Coming In 2019