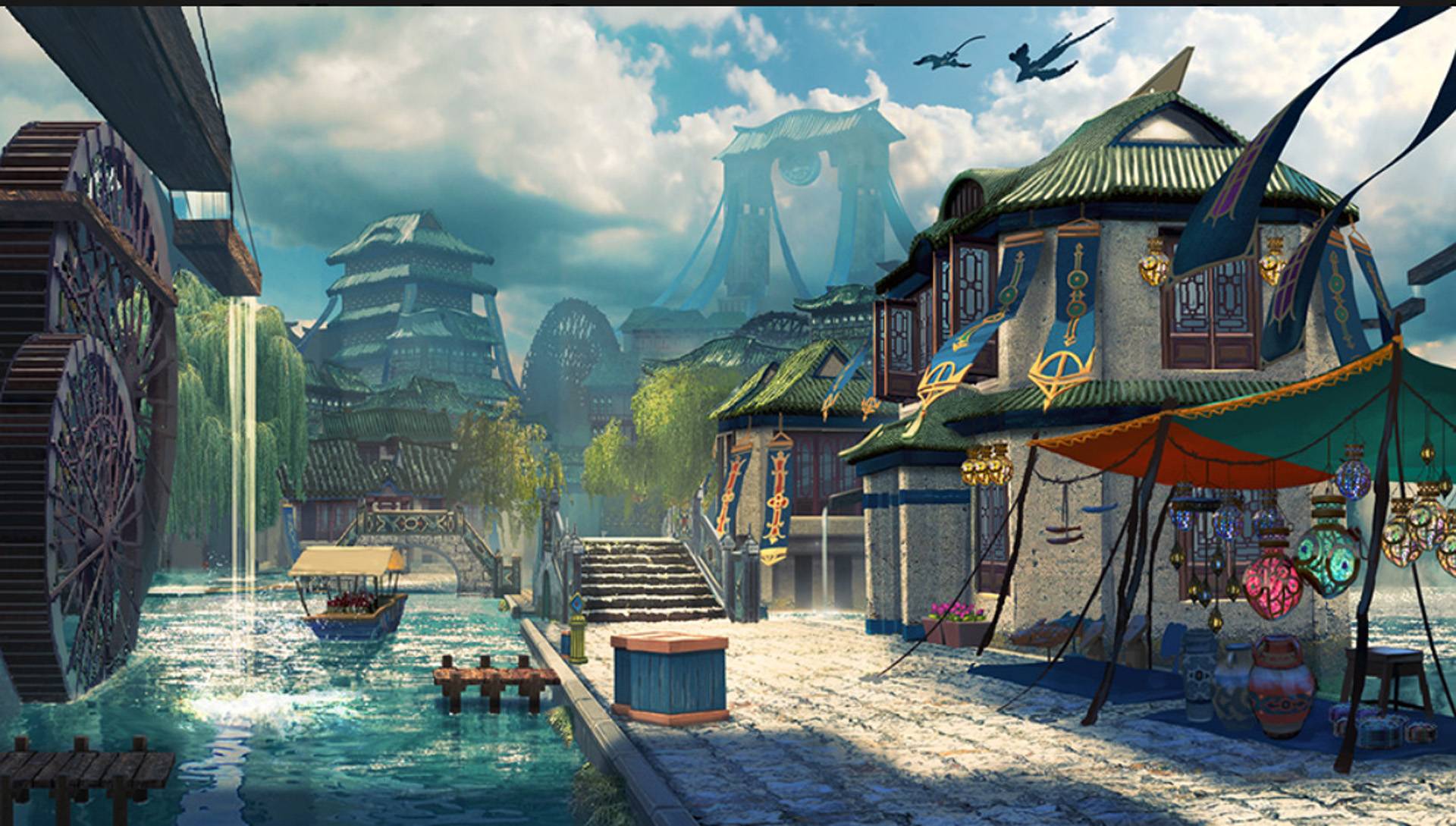 There was once a series of strategy RPGs on the Playstation called Suikoden. They were underappreciated in their day, but had a passionate cult fanbase. Years later, the fanbase grew to a much larger size….when it was too late to reprint Suikoden 1 and 2. The value of these games (especially Suikoden 2) shot through the roof and physical copies remain unaffordable to this day, even after the second one was republished digitally on PS3 and Vita.

The only thing better than a reprint of Suikoden would be a NEW Suikoden…so you’ll be pleased to learn the original creators have gotten together to produce the closest thing to a sequel they can make. They can’t actually create a Suikoden since Konami owns the brand, but they can make a spruced-up facsimile. This week, they introduced the world to Eiyuden Chronicle.

It’s a 2.5D JRPG with hand-drawn characters in 3-D environments, and a turn-based battle system with six controllable characters out of a possible 100 (the Suikoden series was known for its massive amount of recruitable characters). When a player takes a turn, the camera dramatically shifts angles for an impressive effect, like so:

The Suikoden bunch – including writer Yoshitaka Murayama, former staff members from Castlevania, Wild Arms and the Tales series, have formed a new development studio called Rabbit & Bear. What they need now is cash to bring Eiyuden Chronicle to completion. We doubt this will be a problem…the Kickstarter was launched just today, and shattered its $500,000 goal in just two hours. As we write this, it’s doubled that amount and passed a million!

(Just so we’re clear, the above video was filmed prior to the pandemic.)

A digital copy of Eiyuden Chronicle takes a $38 pledge. A physical copy can be had for a $57 pledge, and you get beta access on top of that. The number of platforms the game is headed to is yet to be determined — but at this point the console stretch goal has been hit, so it’s going somewhere beyond PC.

Eiyuden Chronicle will be released in the fall of 2022.