Ubisoft has been pushing the limits of the video game collector’s market for some time now, and their offerings for Assassin’s Creed Origins (revealed today) are their most cartoonish yet. Eight different versions of the game will be available this holiday season, the most expensive of which retails at $799.99.

It’s got everything these kinds of releases are known to have and then some: artbooks, statues, soundtracks, and TWO separate Steelbook packages (why stop at just one?) If you’re hardcore enough to purchase this, Ubisoft will send you half the package now and the other half on the day Origins releases. 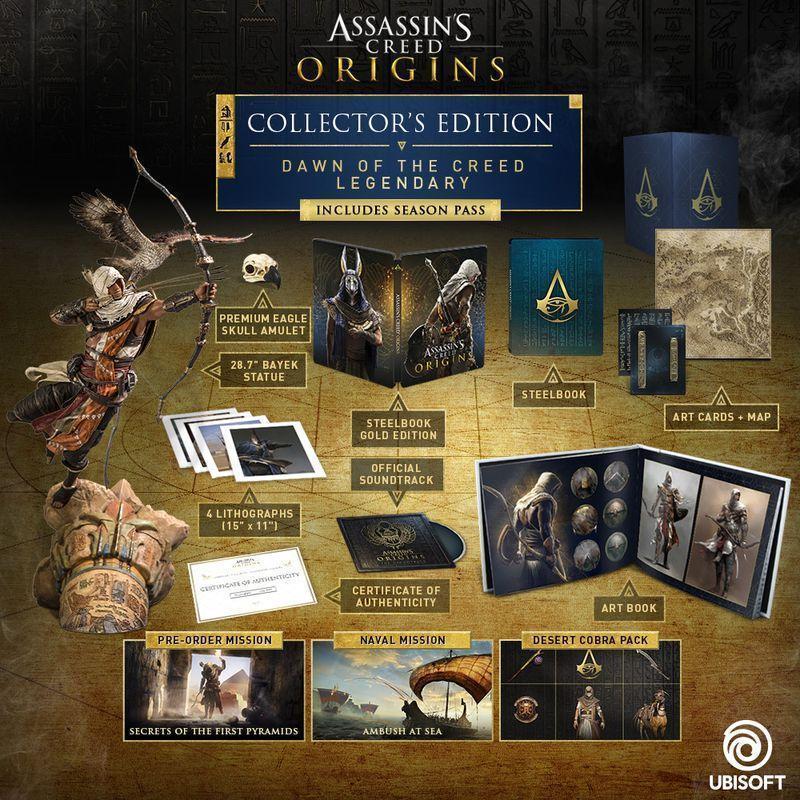 Available on Day One:

Any good collector will tell you that big fancy Limited Edition packages like this, whether they’re $100 or $800, are a very risky investment. You can usually only buy them before the game comes out, and their market value in future years will depend on how beloved the game itself is…something unpredictable. However, in the case of Assassin’s Creed — something Ubisoft churns out each and every year with the factory efficiency of McNuggets — it’s unlikely Origins will stand out among the fifty-odd other games out there with the same brand (plus the movie, remember the movie?)

With that being said, we predict this will not be worth $800 in the future. The market could prove us wrong, but the biggest, most hardcore fans of Assassin’s Creed seem to be Ubisoft themselves.