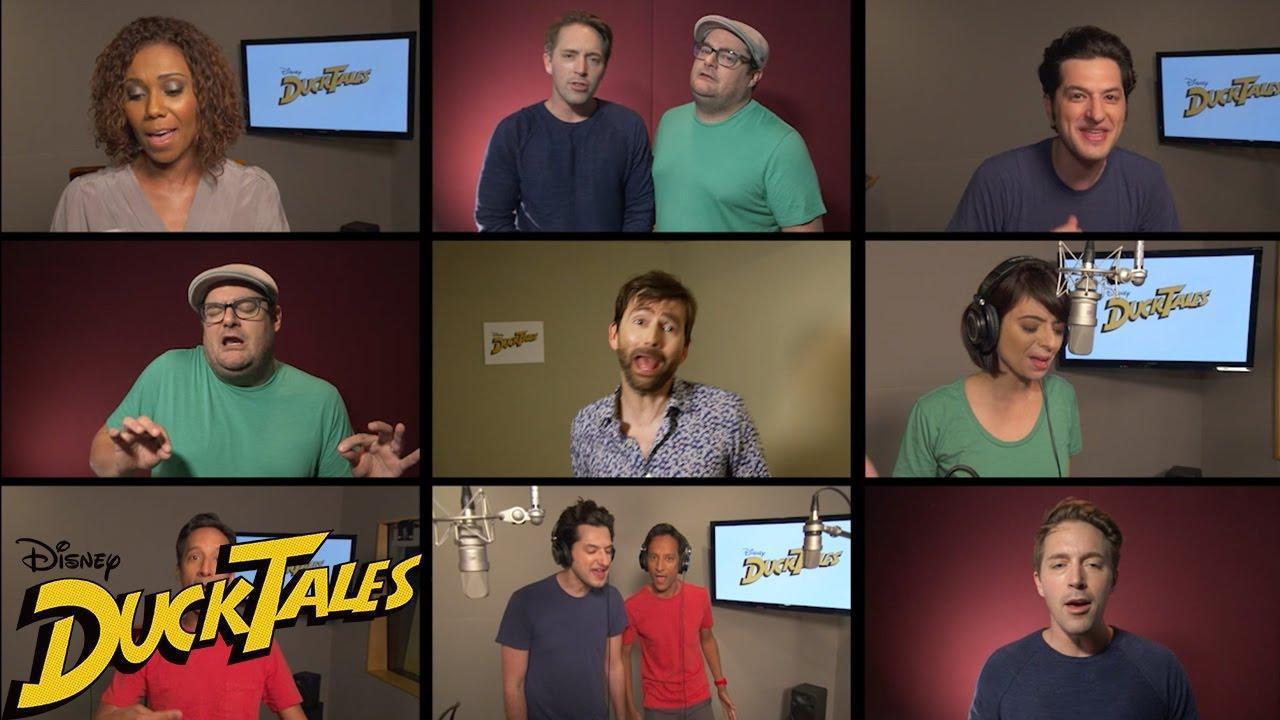 For the past two years Disney’s TV animation department has been working on a 21st century revival of their classic syndicated series DuckTales. Most of the original voice cast that gave life to the characters in the 1980’s don’t work anymore; some, like Alan Young (the voice of Scrooge) have already passed. Who could possibly fill their shoes?

Today Disney released a video revealing the full voice cast, and they’ve clearly given it their best shot. Some talented and respected people are on this list: David Tennant of Doctor Who and Jessica Jones fame is taking the role of Scrooge McDuck, and by the way, he actually is Scottish (although Young had ancestry from the region, he was not raised there).

Scrooge’s grandnephews, Huey, Dewey, and Louie, will be voiced by Danny Pudi, Ben Schwartz, and Bobby Moynihan respectively. Another SNL alum, Beck Bennett, will take to the skies as Launchpad McQuack, while Kate Micucci (Garfunkel and Oates) will transfer her cuteness into Webby Vanderquack and someone named Toks Olagundoye (who was last seen in ABC’s The Neighbors) will play housekeeper Mrs. Beakley.

It’s not all stunt casting; many of these guys have previous voice acting experience. Tennant in particular has had roles in Dreamworks’ Dragons series, Star Wars: The Clone Wars and Nickelodeon’s TMNT. You can hear Moynihan in one of the main roles on We Bare Bears, and Micucci has been on Steven Universe and is Scooby Doo’s current Velma voice.

If you’re holding out hope for June Foray (who still lives at 99), well, they haven’t announced who’s voicing Magica De Spell yet. There could still be a chance.

The new DuckTales premieres on Disney XD next summer.

Something About Stranger Things Disturbed The US Department of Energy